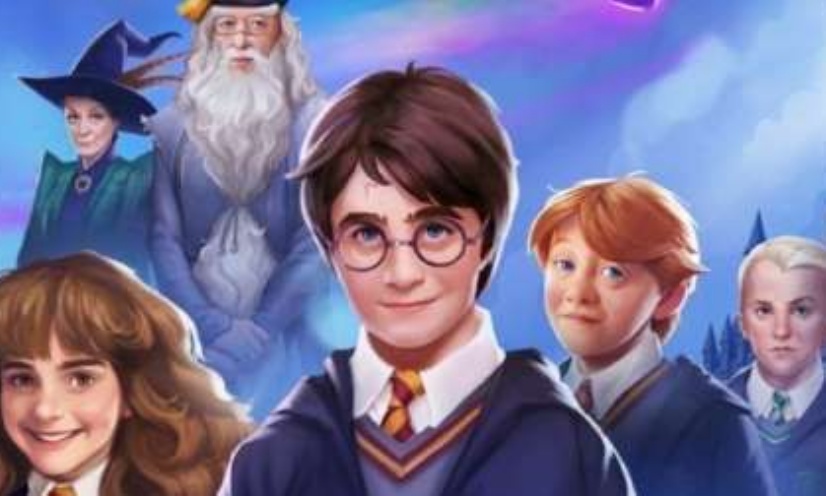 Last Christmas I bought my eight-year-old son a ticket for the Warner Brother’s Studio Tour.  The experience reopened just before the start of term and we were lucky enough to book one of the limited slots.  It was incredible and reminded me why I love the books and the magical world created by JK Rowling and recreated in the films.

I clearly remember Christmas 2000, I was 21 years old and I received a hard-back copy of the fourth instalment of the Harry Potter stories, the Goblet of Fire, I unwrapped it, started reading and bar a brief pause to eat my Christmas Dinner I kept reading until I finished early the following morning.  I love Harry Potter.

However, I’m an adult and now I’m a Head Master. Head Master’s don’t read books for the joy and escapism of immersing themselves in a good book, we read them because of the lessons they can teach us and the material they can provide for blogs and assemblies! So, what can we learn from the wizarding world?  The Warwick Way is the set of beliefs and values that define us, the qualities of character that we seek to foster in the young men of Warwick School, so that they leave this place as well-rounded young men: confident but not arrogant, who can play a positive role in the world. These qualities are; curiosity, creativity, courage, perseverance, responsibility and humility. Harry Potter was clearly an adherent of the Warwick Way.

In the Goblet of Fire, Harry Potter discovers the Pensieve in Dumbledore’s office. A Pensieve is a magical object enchanted to recreate memories so that they become relivable. Alone in Dumbledore’s office and unable to fight his curiosity Harry looks into the Pensieve and relives a number of Dumbledore’s memories. On discovery Harry apologises profusely for what he has done, but Dumbledore is not angry stating; ‘curiosity is not a sin…but we should exercise caution with our curiosity.’ Everyone knows the saying ‘curiosity killed the cat’. But perhaps everyone should know this Dumbledore-ism instead.  Without curiosity, how could we find adventure or new knowledge. If Harry’s curiosity hadn’t led him to gaze into the Pensieve he would not have developed understanding vital to events that unfold later.

‘There was a lot more to magic, as Harry quickly found out, than waving your wand and saying a few funny words.’

Magic requires creativity, the ability to use your imagination without limitations, the ability to imagine the seemingly impossible. No amount of wand waving will transfigure a match into a needle, as Harry, Ron and Hermione are asked to do in their first lesson with Professor McGonagall, if you cannot imagine that it’s possible. Perhaps the most important lesson Harry Potter teaches us is the value of imagination because, as Rowling said in her 2008 Harvard graduation speech, creativity and imagination are ‘…not only the uniquely human capacity to envision that which is not, and therefore the fount of all invention and innovation. In its arguably most transformative and revelatory capacity, it is the power that enables us to empathise with humans whose experiences we have never shared’.

Harry taught us that courage can come in many forms. He had to summon up all his courage when he sought out Voldemort in the Forbidden Forest. Ron had to ‘follow the spiders’ to find a cure for Hermione after her run-in with the Basilisk and Harry had to deal with terror of the Dementors. But that wasn’t the only kind of bravery we see throughout the books. Whether you stand up to your friends because they’re breaking the rules, like Neville did, or take a leaf out of Hermione’s book and fight for what you believe in (even if nobody else took S.P.E.W. seriously). However scary it may seem, sometimes we have to face our fears to get what we want.

Harry taught us to never give up no matter what the odds against us. Harry destroyed the horcrux within himself, and then came back from the dead to kill Voldemort. If that isn’t an example of perseverance, I don’t know what is. Harry endured so much in the series, and he persevered through all of it. He showed us that you can push through even the hardest times, bounce back and succeed.

According to the prophecy by Professor Trelawny, it is Harry’s unfortunate responsibility to destroy Lord Voldemort. Harry is not a perfect wizard and certainly not the strongest student at Hogwarts. Often Hermione must help both Ron and Harry with their class assignments and homework and neither of them casts perfect spells. Harry has suffered greatly; both his parents were murdered by Voldemort and his birth right means that he is unable to enjoy a normal school life. Despite all this Harry never shies away from his destiny, bravely and repeatedly attempting to fulfil his responsibility to others and to create a better world around him.

After Harry’s parents are tragically murdered Dumbledore concludes that the best course of action is to leave the newly orphaned one year old with the Dursleys, in the Muggle world. Otherwise, he reasons, Harry’s ego will swell considerably, because he is soon to become famous in the wizarding world as “the boy who lived,” and the boy who defeated Voldemort. When Harry discovers that he is one of the most famous people in the Wizarding world, he remains humble. Instead of letting fame go to his head, he worries because he doesn’t think he can live up to people’s expectations. Thus, Harry sets out to try and prove himself through hard work rather than relying on his reputation.

Life at the moment is full of new challenges for us all. In times of challenge it is important to remember the values and the beliefs for which we stand and to let them guide our behaviour. I hope the boys follow the example of Harry Potter and meet these challenges with curiosity, creativity, courage, perseverance, responsibility and humility – The Warwick Way.