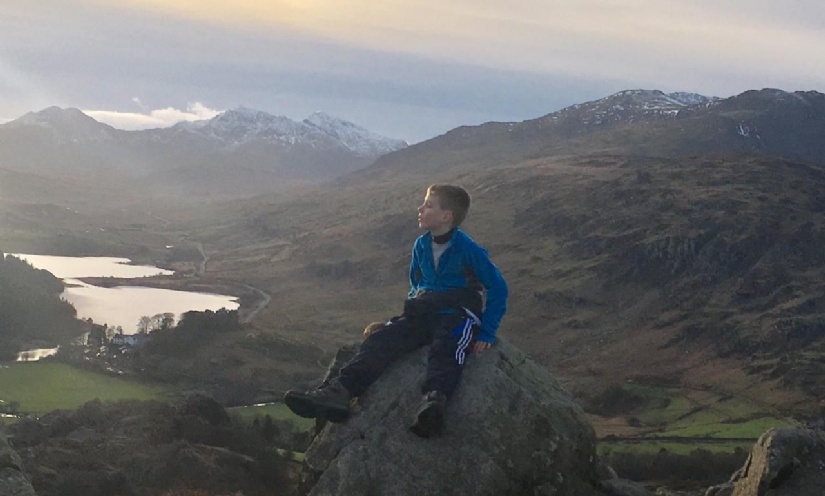 The many tweets and photographs from our week away at Towers Outdoor Centre gave a good indication as to what type of week we enjoyed in North Wales.

"Having experienced every type of weather in the past, I found myself joining the boys in applying suncream before we headed off on a day's climbing.
Whilst the conditions for my group's venture into the mountains were unseasonably favourable, earlier in the week at least one group had turned back as high winds and rain made it unwise to continue. Even on such a beautiful day as we enjoyed, climbing Moel Siabod (2861ft) was a major achievement for many and the first mountain of size they had conquered.

"The activities were not restricted solely to the day as the boys found themselves actively involved in night orienteering, following reflector trails as well as completing a night walk to Betws-y-Coed. In small groups, the boys were given a map and were then sent to follow a forest path to the village, approximately 2 miles away. Unbeknown to them, I followed the first group some distance behind listening to their excited chatter.
As we approached Betws-y Coed, I could hear the group behind coming ever closer. I could see their torchlights and finding myself sandwiched between the two groups, I decided to hide by lying motionless beside the path to allow the other group to pass through as they caught up the first group.
As the second group came ever closer and their torchlights flashed one way and another, I was spotted in my hiding place lying by the path. There was a scream as I was illuminated lying on the ground by a host of torches. To my surprise, one of the boys came rushing over to me fearing that I may have succumbed to illness or worse.
Whilst feeling somewhat of a fool for choosing such as poor hiding place, I was also reassured that the boys had come to my aid. Perhaps this was not such as surprise given how well they had worked together during the week and how they had looked after each other.
Few boys would have gone through the week without questioning whether they could meet all the challenges they were set. Given ample opportunity to lead and follow, the week allowed their true characters to be seen. Undoubtedly, this group was one of the best I have accompanied; the boys will have returned with a sense of accomplishment and many happy memories."