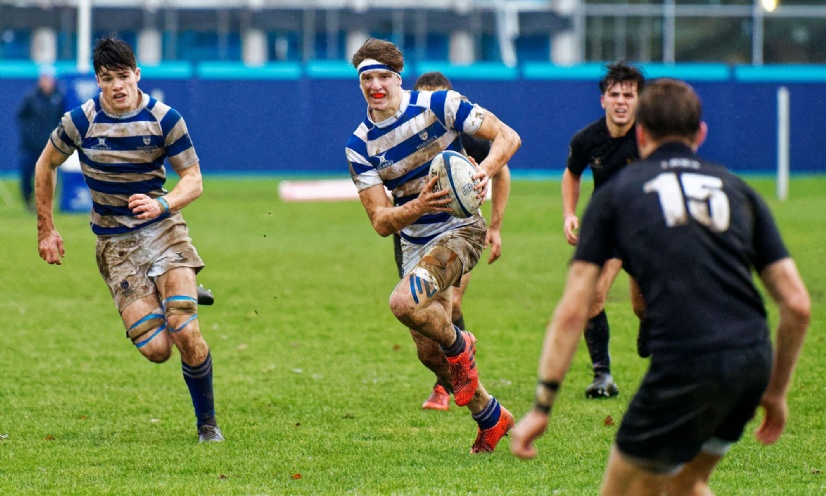 Warwick 1 XV progress through to the semi-finals of the National Schools Cup competition and are set to play Woodhouse Grove at Allianz Park, home of Saracens, on Saturday 9 March, 2019.

Warwick 1 XV progressed through to the semi-final of the Schools Cup for the third successive season after defeating Rugby School 29-20 last week.

Warwick started the quickest and took advantage of the wet and windy conditions. A mistake by the Rugby backline allowed Warwick winger Jamie MacKinlay to go the length of the pitch whilst kicking the ball along the floor to score a great try. Rugby hit back to get to 7-5 to Warwick, but then the Warwick forwards, led by Captain Will Kelley started to make inroads in the Rugby territory. They scored two tries from lineout mauls through second row Will Pugh and one from prop Alex Sabin to lead 26-5 at half-time.

The team knew that Rugby were going to hit back after half-time, however, Warwick gave them an interception try after two minutes into the second half, to cause the nerves to increase in the blue and white ranks. Rugby continued the pressure with two more tries to get to 26-20 with 10 minutes to go.

However, Warwick rallied with some brilliant cup rugby to get all the way under the posts and secure a penalty, duly kicked by the outstanding scrum-half Xander Eddy to finish the game off 29-20 to Warwick.
Considering the conditions, it was an excellent game of cup rugby. Warwick’s 1st XV now progresses to the semi-finals of the Schools Cup and set to play Woodhouse Grove (Yorkshire) on Saturday 9 March, 2019. Congratulations to all involved.