Warwick Schools dream of joining the elite club of ‘three consecutive wins’, a club that only includes Colston’s and Dulwich College, was denied after a close game of rugby that sat on a knife edge throughout most of the Schools Cup Final.

Whitgift stormed to take a very early lead, but giving away a yellow, Warwick pounced on the opportunity. They worked their way into the 22 and then powered over through tighthead Alex Sabin. They had 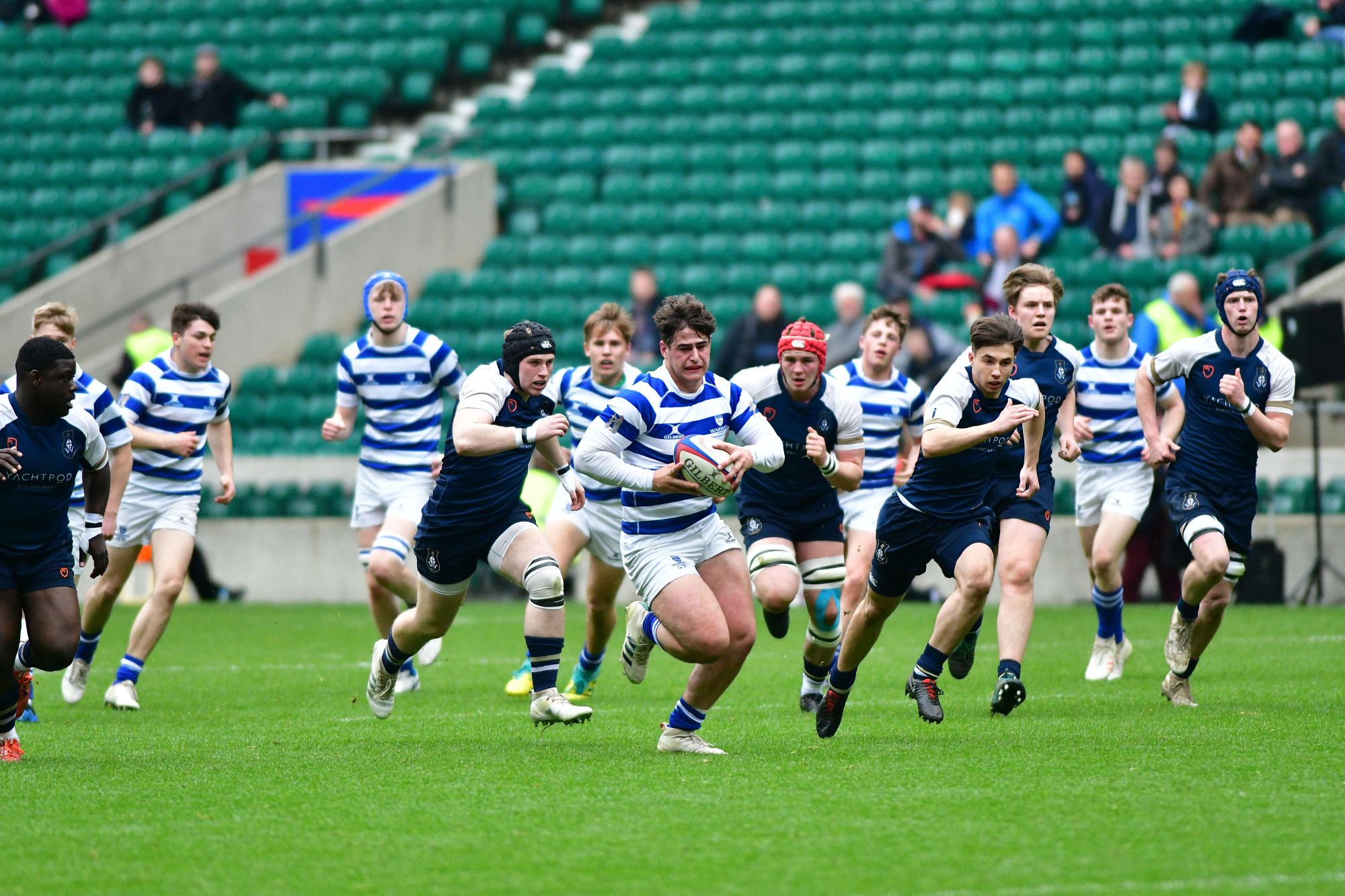 weathered the early storm and with scrum half Henry Mortimer’s conversion they had levelled the game at 7-7.  Two brilliant sides playing with utter intensity, even brutal intensity at times. Gallagher Premiership referee Matt Carley was in the middle, this would not have felt unfamiliar to him, and that was about as great a compliment as you could pay to these two fantastic sets of players.

A penalty put Whitgift back in front, but Warwick responded with lock Will Pugh powering over the try-line, after yet more relentless pressure by the Whitgift defence. Mortimer converted and for the first time in the game the back to back champions had the lead at 14-10, almost unimaginably after that start from Whitgift.

Points at crucial times in the game had been a theme throughout the match, and Warwick were about to prove that again here. There was nothing Warwick could do, the last man had to commit. A pass so late it became undefendable, allowing Whitgift to score with 15-14 up at half-time.

Warwick started the second half strongly, but a further score took Whitgift 22-14 ahead. Anyone thinking that Warwick would not bounce back though clearly had not been paying attention. They had had their chance to keel over, they were not about to take one now. Both sides were too good, too proud, to let that sort of thing happen to either of them. Mortimer chipped over a penalty just to stem the Whitgift momentum, and it worked, Warwick started to regain some possession and territory, camping up in the Whitgift 22.

The pressure told, too many penalties eventually forced Carley to hand Whitgift a yellow. It took just two minutes for Warwick to seize upon that opportunity as flanker Oscar Roberts smashed his way over from close range. Mortimer converted and they were back in it, scores level at 22-22.

Whitgift responded, forcing Warwick into the error from the restart, smashing their way over the try line (29-22). As the match entered its final stages, Warwick continued to look for that crucial try but couldn’t add points to the board. A penalty saw Whitgift take the title with a final score of Whitgift 32 - 22 Warwick.

Both sides were simply outstanding, contributing to easily one of the best U18 Schools Cup Finals in the 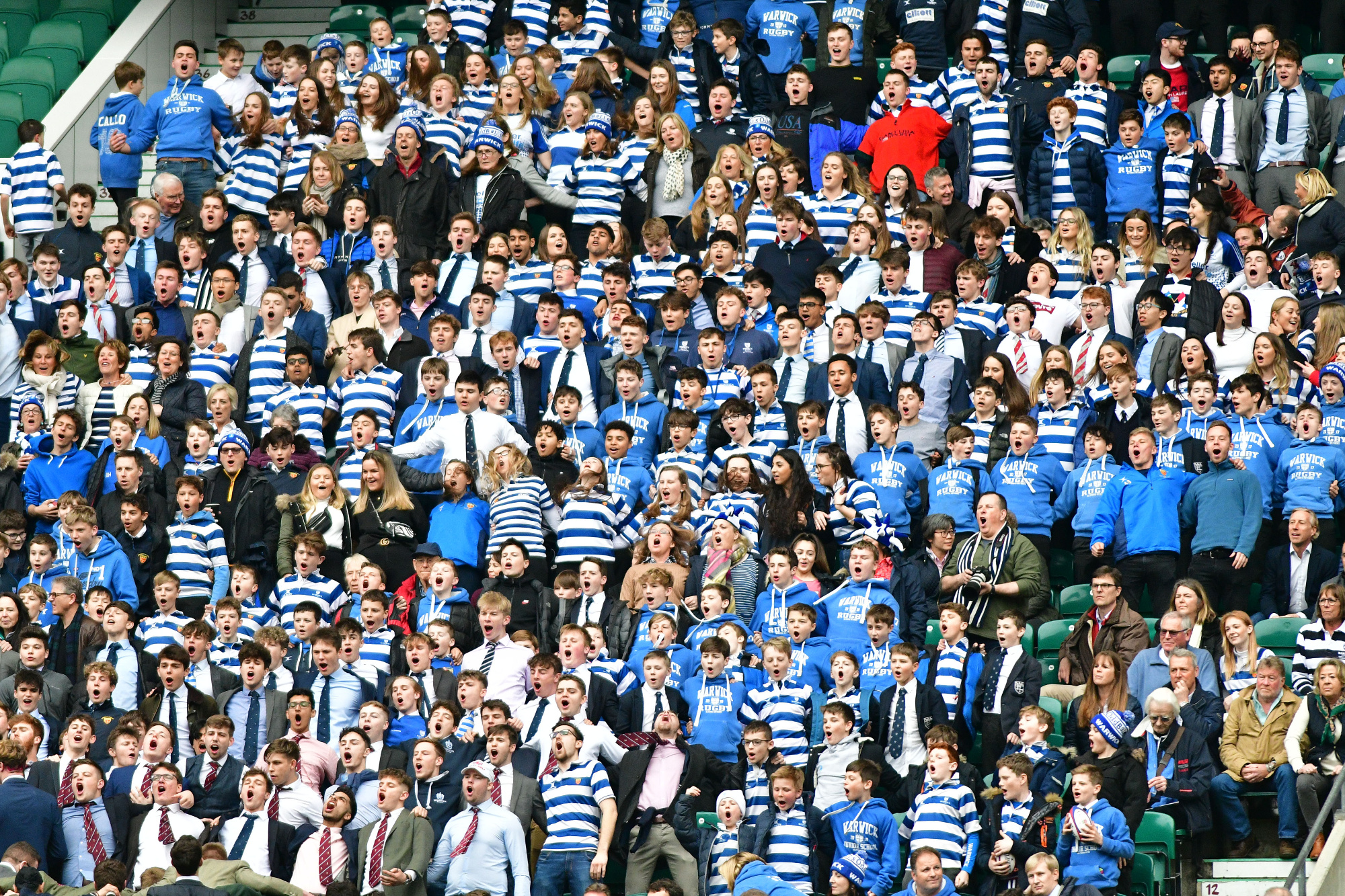 tournament’s history. Warwick will hold their heads up high, the sheer character they showed throughout the game was a testament to each and every player. Credit should go to Captain Will Kelley and the Warwick players for an unbelievable work rate and energy.

Warwick’s appearance at Twickenham brings to a close another successful season in which they won 14 of their 18 fixtures. They have also had great success in the Schools Cup in recent years, winning it three times since 2007 at U18 level and twice at U15s level, and this season’s Cup run once again demonstrates the strength of rugby at Warwick.