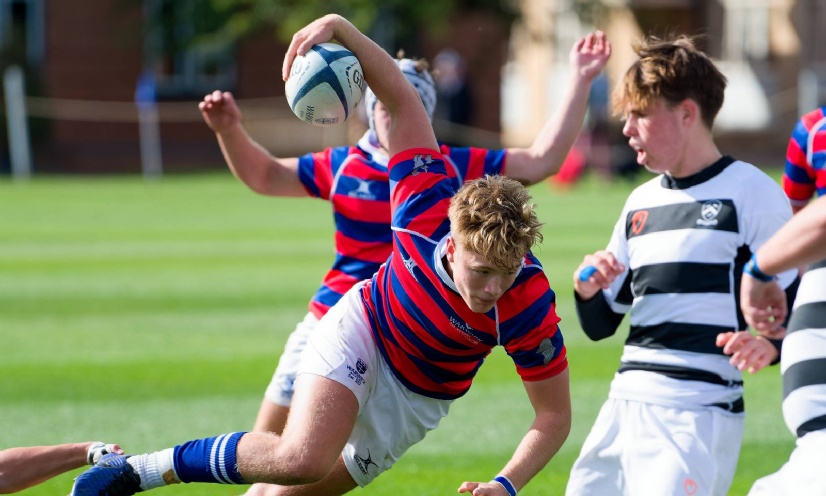 Warwicks 1st XV and U15s have both  progressed through to Round 2 of the Schools Cup competition.

Warwick started their U18 Schools Cup campaign very well against a strong Bloxham side. The first half saw Warwick defend for large parts and defended really well turning Bloxham over from good tackling. This led to a brilliant Warwick try from a lineout with centre Harry Spencer line breaking and linking well with fullback Will Mobberley and winger Jamie Treasure for the try. This allowed Warwick to lead 7-0 at the break.

The second half saw Warwick increase their accuracy and intensity and a clever kick through from flyhalf Fin Smith caused a mix up in the defence and Will Mobberley to score the second try. Warwick produced two more tries to lead 24-0. Bloxham rallied well and scored the final try of the match, with a final score of 24-5 to Warwick.

Warwick will play Solihull in Round 2 on Wednesday 16 October, 2.45pm k/o away at Solihull School.

The U15s were drawn at home against Radley College. The weather conditions were fairly horrific, with play being suspended for 15 minutes due to thunder and lightning. The boys were all desperate to get back out on the 3G pitch and continue play. Final score was Warwick 24 - 15 Radley.