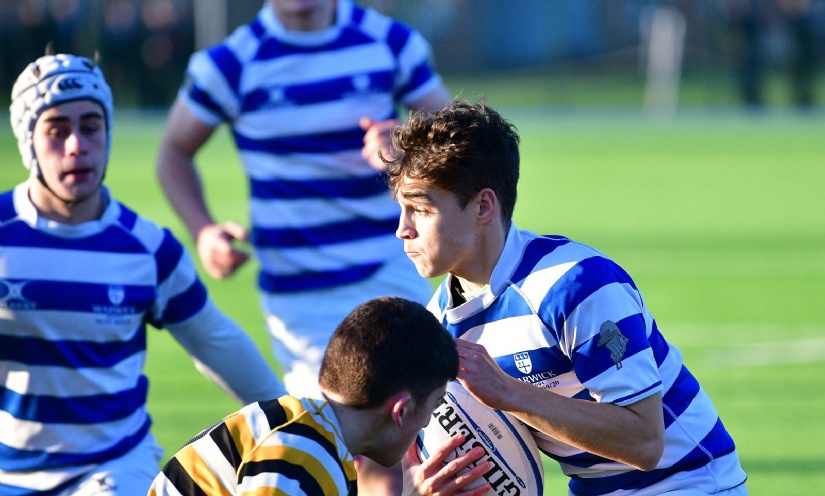 Warwick School’s 1st XV have beaten QEGS Wakefield and progress through to the national cup semi-finals.

Warwick School’s 1st XV have progressed to the semi-finals of the U18 Schools Cup for the fourth season in a row with an excellent 14-8 win against a formidable Queen Elizabeth Grammar School (QEGS) Wakefield side. 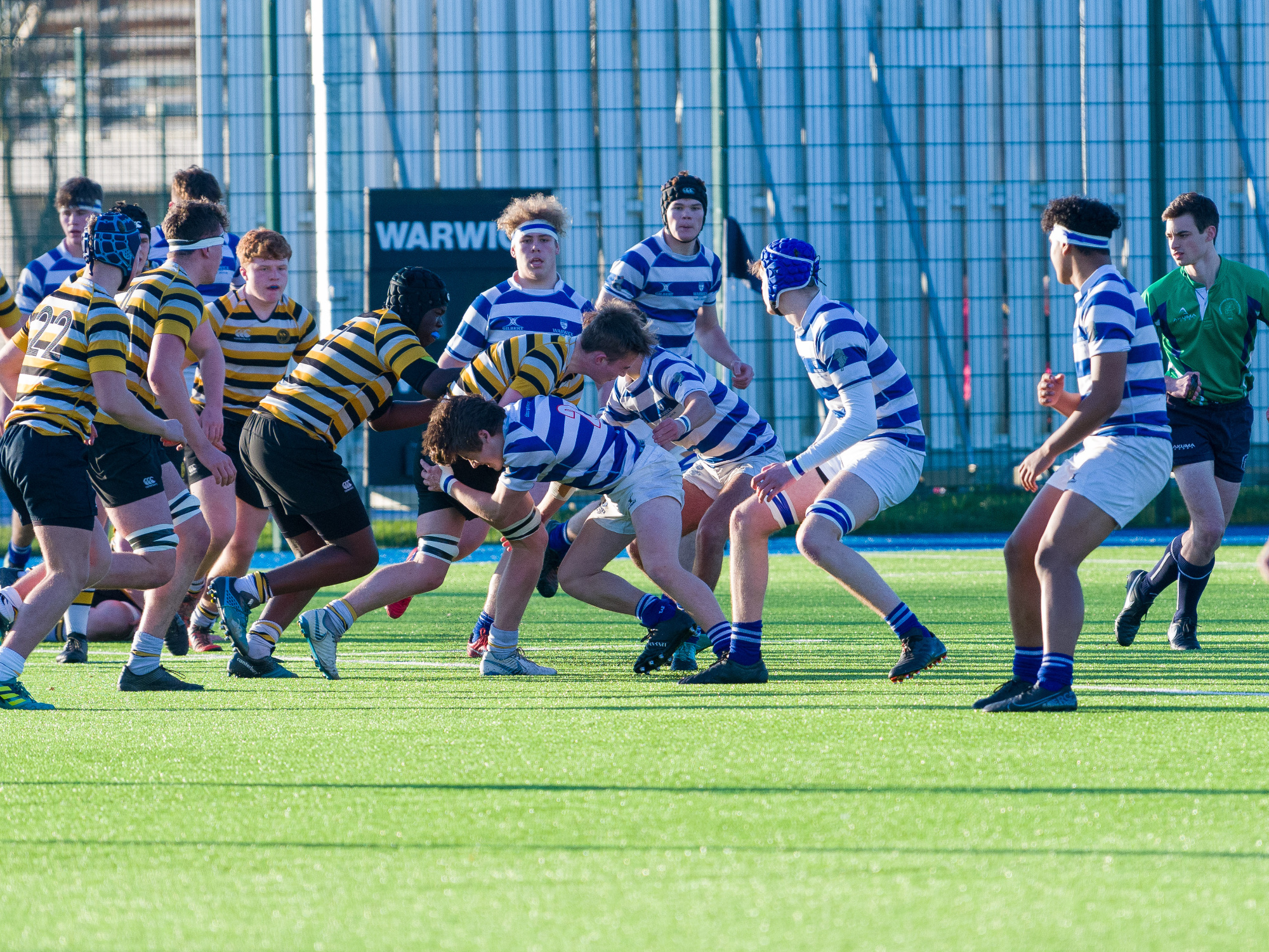 QEGS took control in the first half by scoring a penalty to move into the lead. Some magnificent Warwick defence then turned the ball over allowing the fast Warwick team to score in the corner with winger Will Mobberley, after some great build up play from Matt Rigby (1), Harry Spencer (13) and Jack Forsythe (12) to take the lead 5-3. Another period of possession ensued resulting in Fin Smith (10) building the lead to 8-3 before half time.

In the second half Warwick really upped the pace of the game and fly half Smith took two more penalties to stretch the lead to 14-3. QEGS bounced back on the final whistle to score a consolation try but the ‘Blue and Whites’ held on victorious to move into the Semi-Final and one match away from the Twickenham final!

The semi-final is against Northampton School for Boys, and due to take place in March, 2020. Further details to be confirmed.