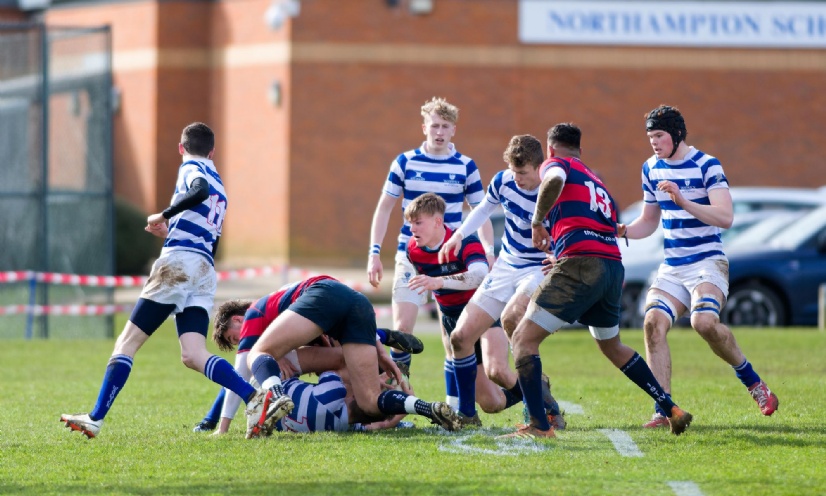 Warwick School’s 1st XV defeated a strong Northampton School for Boys team to move into the final of the U18 Schools Cup for the fourth successive season.

Warwick put in a simply heroic display to defeat a powerful Northampton School for Boys team in the U18 Schools Cup semi-final. Warwick started slowly missing a tackle and enabling NSB to take the lead 5-0 with a try in the corner. Warwick hit back almost immediately with a well worked backs move off a scrum with an excellent miss pass from influential England U18 fly half Fin Smith to wing Jamie Treasure who scored in the corner. Smith duly converted and scored two penalty kicks to stretch Warwick into a 13-8 lead. 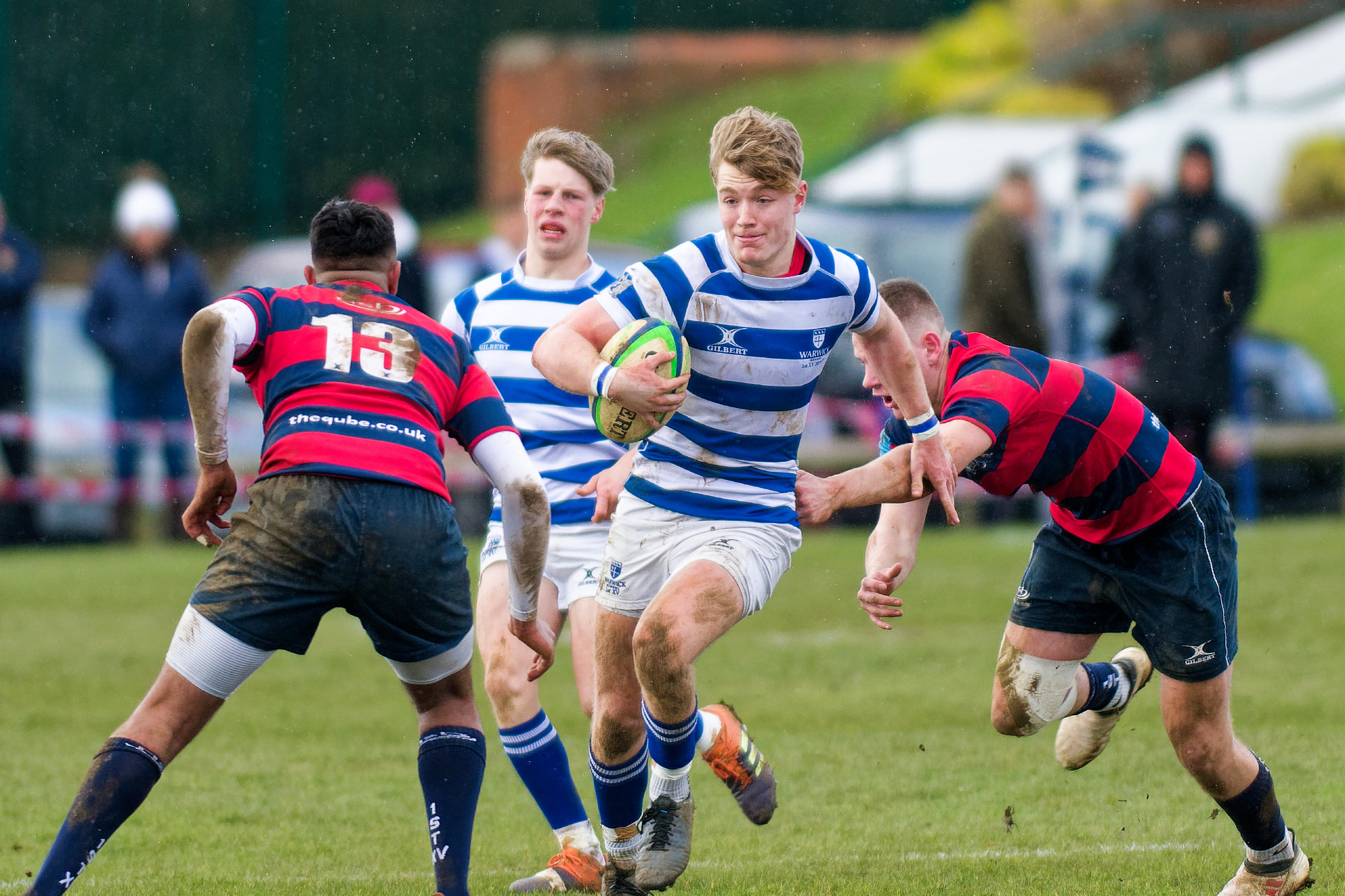 The move of the half came from a turnover at the lineout with Smith passing to outstanding outside centre Harry Spencer, who broke the line and passed back to Smith on the inside. Smith then threw an unbelievable offload for Jack Aston to score a brilliant try under the posts. Half time Warwick 20- 11 NSB.

Warwick were against the slope and the wind in the second half, and NSB came fighting back to score two tries taking the lead to 23-20 with 7mins to play. Warwick camped in their own 5m line, seemed down and out, but another excellent pass from Smith to wing Will Mobberley, followed by an excellent turnover from flanker Adam Lane enabled Warwick to kick for a 5m lineout. The forwards catch and drive splintered, Lane then broke and fed to winger Elliot Tanner who scored to send the Warwick supporters delirious. (25-23) 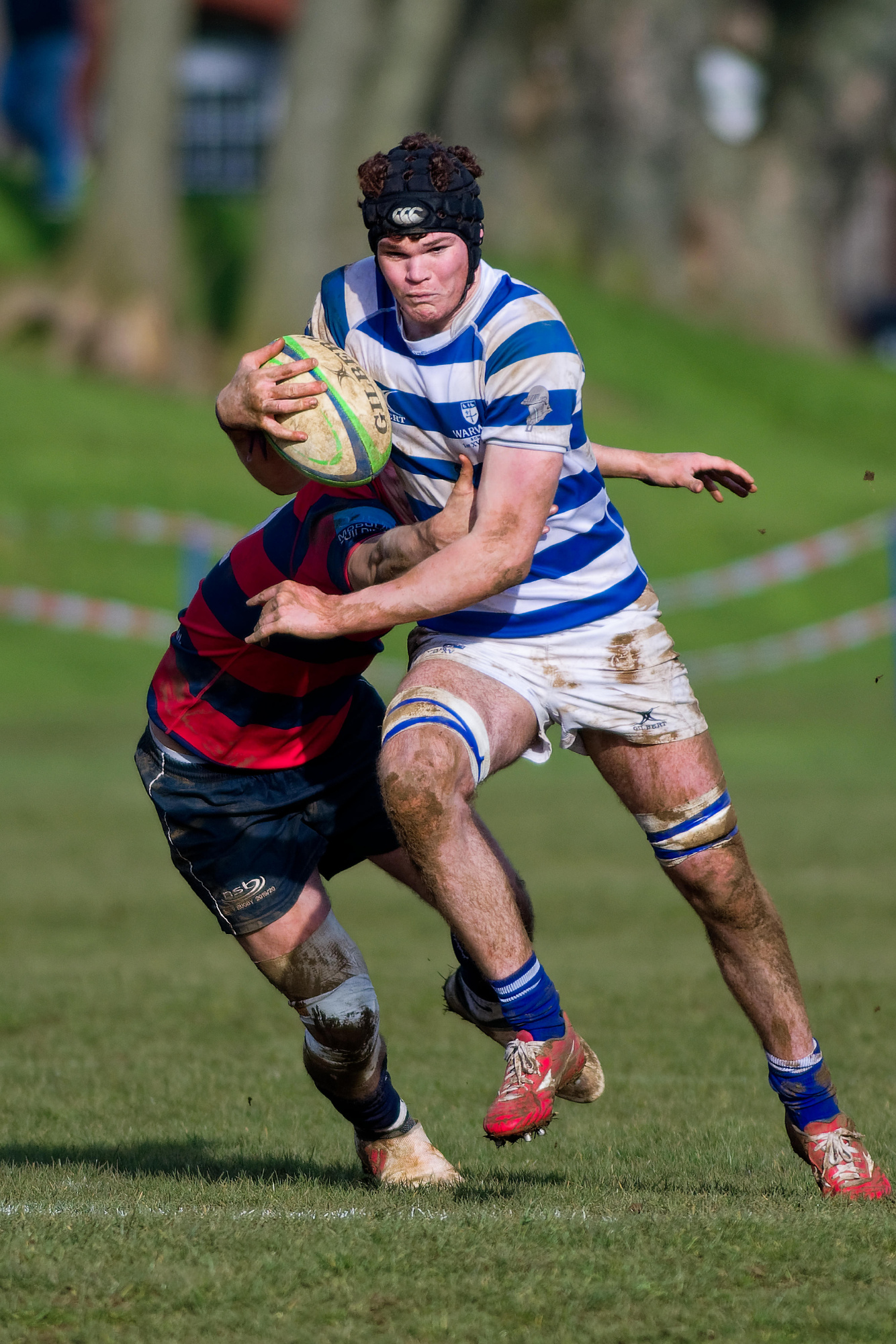 Still with 3mins to play, the game wasn’t over. Warwick regained possession and Smith saw some space and put in an exquisite cross field kick to Treasure who offloaded to captain and number 8 Will Banfield, to finish the game on a high!

A truly epic school boy match played by both teams! Warwick now move into their 4th national final in a row, where they face last year’s winners Whitgift on Thursday 19 March at Twickenham, k/o 3.40pm. Due to government advice the RFU will be suspending all rugby activity including this Cup match.
At this stage we are uncertain if this match will be played.