An Attitude of Gratitude

Elizabeth stared at the doctor in horror. 'What do you mean?' she said. 'Expect her to die?'

The doctor leaned back in his chair and sighed impatiently. 'I mean, Mrs Edelston, that this is your ninth child. You're a farmer's wife. You know that there's often a runt in a litter. There's nothing I can do to help.'

Elizabeth stood up, shifting little Ruth onto her hip. 'In that case,' she said, her voice trembling with rage, 'I will find someone else who can!'

'You'll be wasting your time,' the doctor said to her back, as she stalked out of the room.

Elizabeth, however, thought otherwise. Ruth was clearly very unwell. She had turned from a curious, happy toddler into a whining, clingy lump. Worst of all, she had stopped walking. But this illness, whatever it was, had crept up on her slowly. There was time, perhaps, to make a plan.

She kept her thoughts to herself. Her husband didn't ask about the trip to the doctors. To his way of thinking, the children were her concern, the farm his. But Elizabeth asked around in the village. Was there another doctor she could see?

She was in luck. The doctor always took a week off before Easter and his work was done by a locum. It was March now - only a few weeks to wait, weeks which seemed to crawl as Elizabeth watched her youngest child deteriorate.

It was with some trepidation that Elizabeth entered the surgery. Would this doctor say the same as the other? He seemed very young - would he have the experience to know what was wrong?

Ruth was at her clingy worst, hanging on tightly to her mother and refusing to lift her head, but the young doctor approached her gently.

'Look,' he said, offering his stethoscope, 'would you like to hold this?'

Ruth turned slightly and reached out a hand. 'That's it,' said the doctor. 'You look at that, while I talk to mother.'

It was a long and difficult examination and Elizabeth felt exhausted at the end of it, even though the doctor had been as kind and gentle as he could be with Ruth. He looked very grave.

'This child needs to go to hospital immediately,' he said. 'If we act fast, we might be able to save her.'

'Hospital?' said Elizabeth. 'But where? Preston?'

'No, I'm afraid not. She will have to go to the Royal Liverpool Children's Hospital at Heswall, on the Wirral. She'll get the fresh air and the sea breezes that she needs there.' 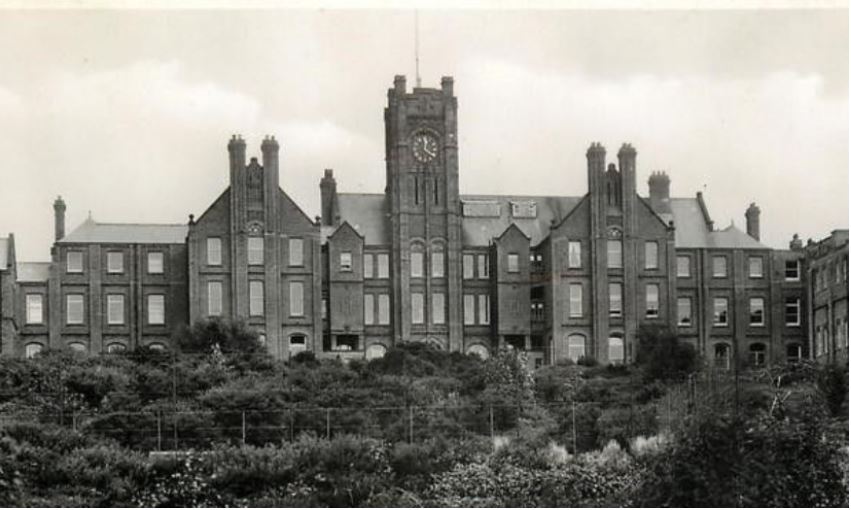 Elizabeth felt frozen. 'So that means it's...?' She couldn't say it - the word that she'd been dreading.

'Yes, Mrs Edelston. It's TB - tuberculosis. I think it's already affecting her bones.'

'I don't know,' said the doctor. He was still gentle but very firm. 'If she goes now, there is a chance that she will recover. If she doesn't, she won't.'

'Thank you,' said Elizabeth, tight-lipped, despite her gratitude. 'At least you've given me some hope.'

So that was that. Ruth was packed off to the sanatorium for children on the Wirral. As her brothers and sisters waved her off, they didn't know that they wouldn't see her again for six years.

Elizabeth established a routine. Once a week, she set off on the bus from the village to Preston and then to Liverpool and then to Heswall. It took her until the early afternoon. She was allowed half an hour with Ruth and she spent the rest of the day getting home. Week after week, year after year, she kept it up, determined that her little girl wouldn't forget who her mother was.

In the end, Ruth did come home. She had deep scars from the abscesses that had been drained and permanent damage to one hip, which would need major surgery later in her life, but she was alive and she could walk, even if it was with a limp. Elizabeth could only be grateful that she'd refused to accept the first doctor's death sentence.

Elizabeth Edelston was my formidable grandmother and Ruth was my mother. The Covid crisis has often made me reflect on this very significant part of my personal history.

I write a lot about being grateful in this blog. You might be bored with me banging on about it! But I genuinely believe that ‘an attitude of gratitude’ can be as helpful a ‘shot in the arm’ mentally, as the vaccine is physically.

I’m reading an excellent book at the moment called ‘Walking – one step at a time’ by the explorer, Erling Kagge. In it he writes:

I hope that, how I am and how I will remain, is extremely grateful.