The Curse of Cranholme Abbey

Warwick School was delighted to have the opportunity to perform the first school production of ‘The Curse of Cranholme Abbey’ by Tim Norton, for three consecutive nights at the Bridge House Theatre last week.

The opportunity came as a result of a recent trip to Edinburgh by Mr Perry, our Director of Drama, who saw this powerful and cleverly written piece performed by the Young Pleasance company. Tim Norton very kindly gave Warwick School access to the original set, text and sound cues (over 100 of them!) making this production very exciting from the start.

The cast were delighted to have Tim Norton in the audience on the opening night to see this incredibly chilling, dark and spooky production which held the whole audience in its clutches to the bitter end.

Three periods of the Abbey’s history intertwine and combine to create a very engaging ghost story with fast moving scenes (42 of them) and overlapping dialogue. The contemporary characters find themselves quickly discovering the past by answering the phone to characters in 1943 and watching the curse destroying the Victorian Countess, before they become the target of the source of the curse, a wronged child (Cameron Thomas) who chillingly brought the character to life.

Sam Bain, Josh Simango, Kai Nwangwa and Will Green led the contemporary story with energy and great enthusiasm. Will Callan, Marcus Acquari and Will Richards brought us the war-time events with great character with Finlay Fraser and Dan Mullins playing the American GIs.

Charles Atkinson played the work-obsessed original master of the house in the Victorian period, supported by Sam Gayler’s superb Doctor and Will Parsons as the gardener whose desire to warn the 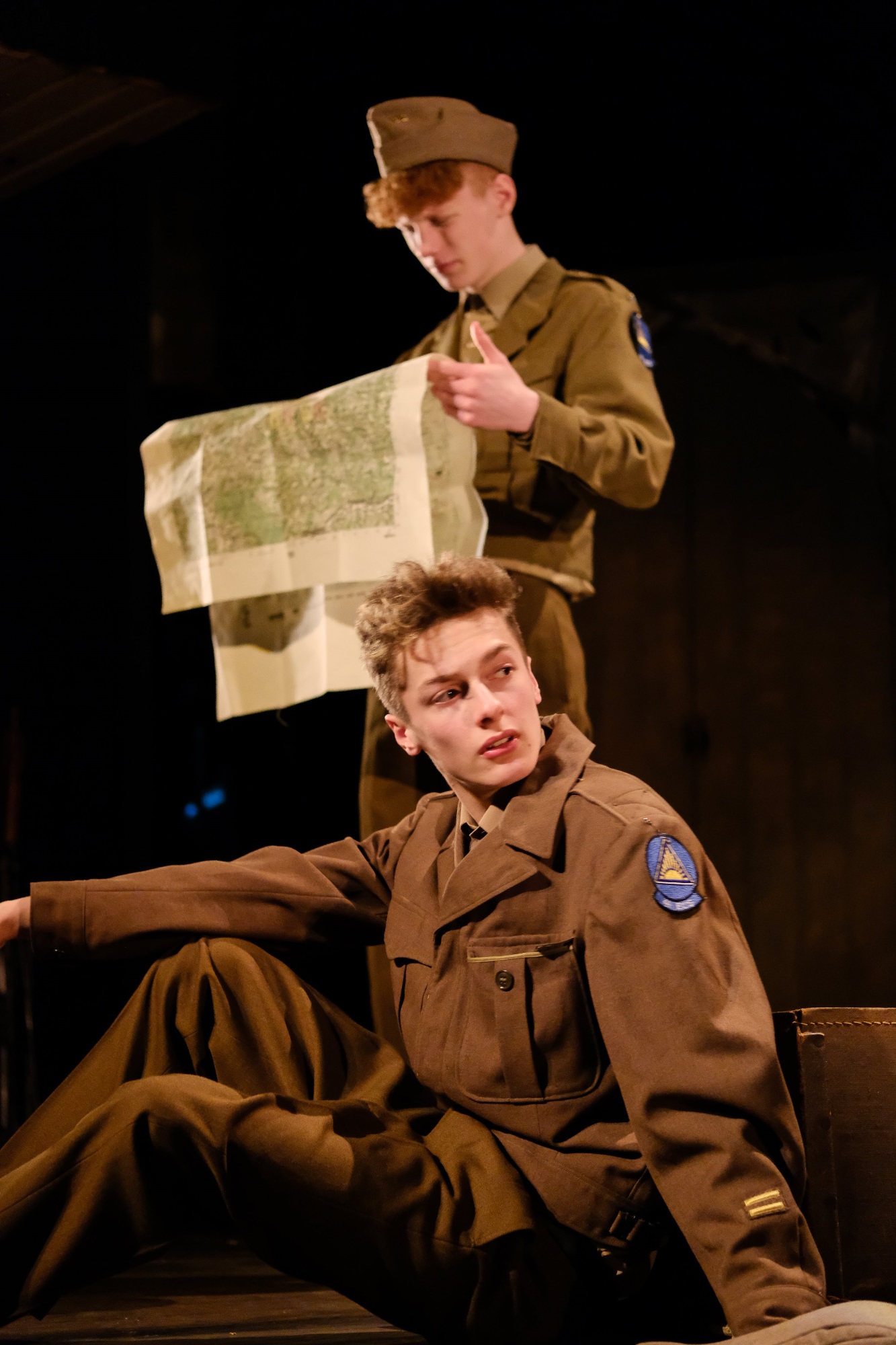 All of the above were superbly supported by a large company offering choric speaking, overlapping voices and whispers which really brought a chill to the atmosphere especially during the climax of the play when they entered the auditorium and crept behind the audience who were really appreciative of this outstanding production.