Congratulations to our U13 XI 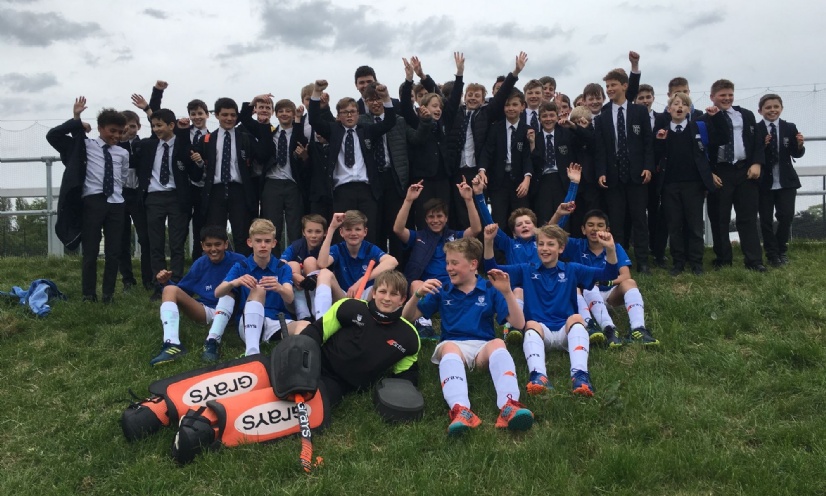 Warwick School’s U13 hockey team have had a fantastic season culminating in reaching the National Finals for the first time in the school's recorded history.

The team were runners-up in the County, progressing through to the Midlands where they came out winners. This result meant they were through to the National Finals. Ten teams participated at Beeston Hockey Club, with Warwick unbeaten on the day (drawing against Kingston, beating Altringham Grammar 4-1, drawing against Felsted and in their final game in the rounds, beating Launceston College 4-0). Warwick’s final match of the day was against Monkton Prep, play-off for 3rd/4th place which they won 3-2.

Celebrating 3rd in the country was a great achievement and with the only school bringing some 50+ supporters, including Head Master, Gus Lock and Deputy Headmaster, David Wickes it was a great day for the ‘blue and whites’!