At the end of the summer, Rowan Butler travelled the Coast to Coast route on a unicycle!

Rowan, now in year 10, started riding a unicycle when he was just seven and started to learn various tricks and took to riding on tracks into the Malvern Hills.

“I bought a larger unicycle with mountain bike tyres and even a brake and I soon decided that I would like to unicycle the Coast to Coast route across the north of England. A few others have done this on one wheel and I thought I could do it to raise money for charity.

I chose to support Water Aid because so many people need fresh clean water and I worked out that if I could raise £700 that would pay for a brand new tap to bring clean water to an African village. I set up a just giving webpage www.justgiving.com/fundraising/rowan-butler with photos and information and some people even sponsored me before I set off. In fact I had to postpone my plans for several months because I broke my ankle! 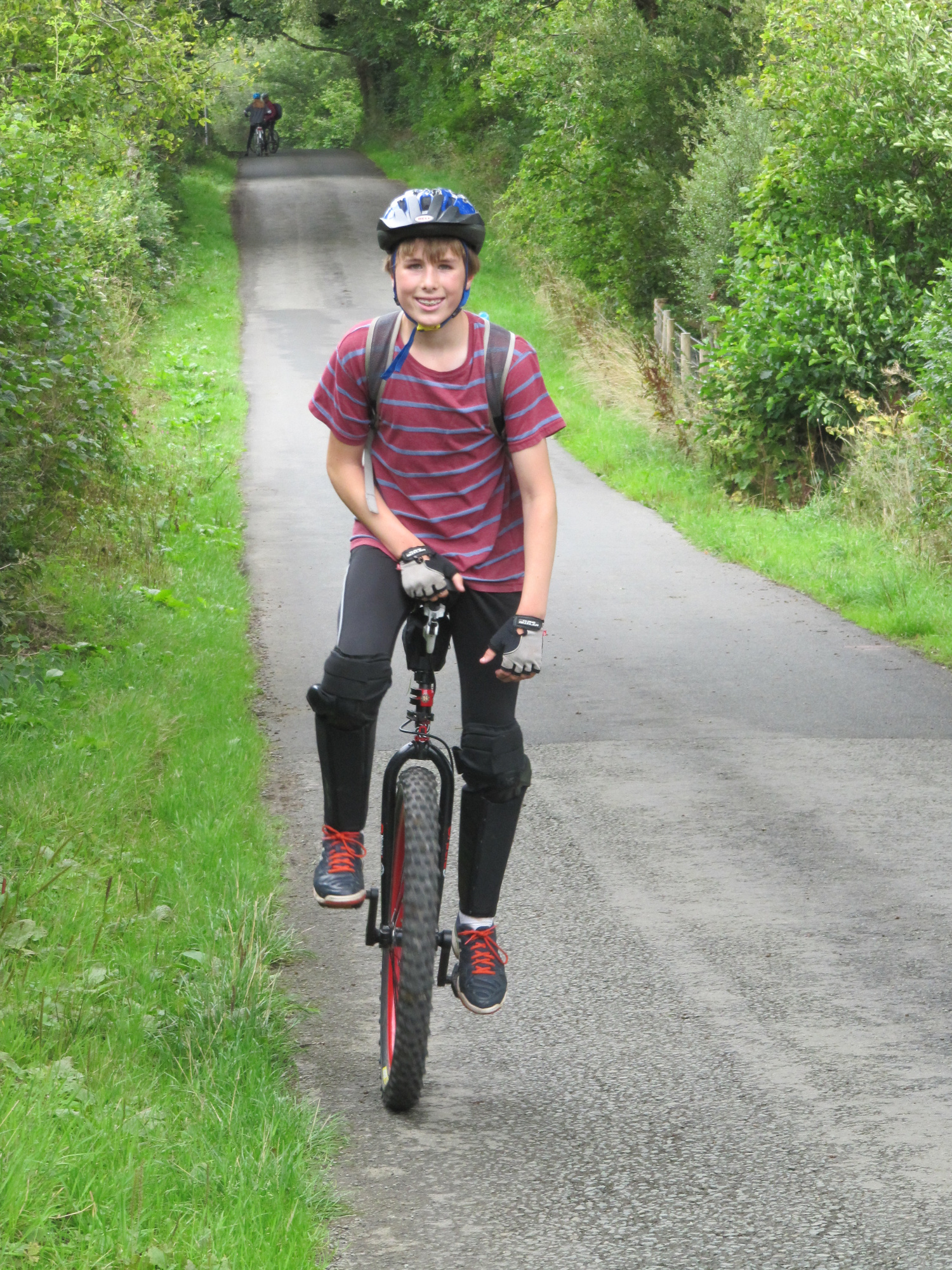 “I applied for a Personal Achievement Award through The Friends of Warwick School ("FOWS") which is an association of old boys and parents of boys currently at school. I was delighted to receive a contribution towards the cost of travel and accommodation.

“In a nutshell, I set off on my unicycle from Whitehaven, riding over the Whinlatter Pass to Keswick and then over the Hartside Pass to the little villages of Garrigill and Rookhope and then on to Sunderland, which is 208km in total. I had to tackle various obstacles including the Pennines, old railway tracks and various weather conditions.

Not only am I incredibly grateful to Warwick School for helping me but also to my family and friends who have continually supported me, following me across the route, feeding me and cycling with me along the way.”