Practically Perfect in Every Way 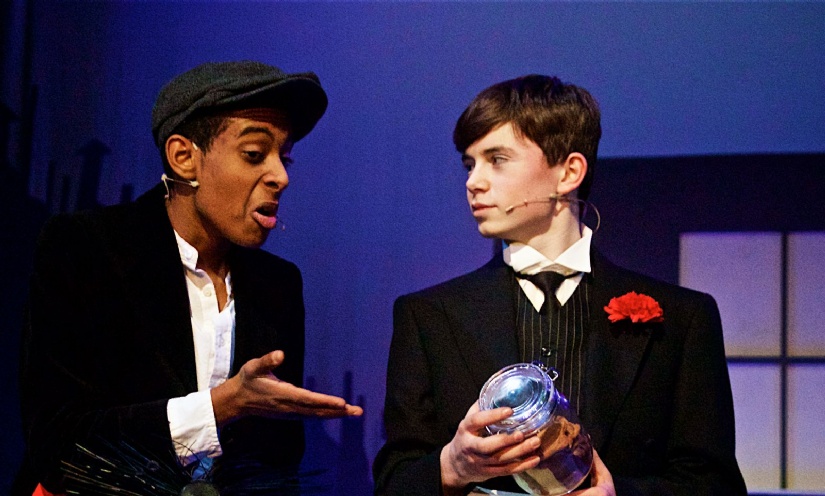 The Bridge House Theatre was transported back to England 1910, with Mary Poppins arriving on the doorstep of the Banks family.

Warwick School and King’s High School performed one of the world’s favourite shows to five sell-out audiences in the Bridge House Theatre. Disney and Cameron Mackintosh’s Mary Poppins JR. is an enchanting mixture of irresistible story, unforgettable songs and breath-taking dance numbers and this cast of over 40 brought all the magic to life ‘practically perfectly’. Mary Poppins JR contains all the popular songs that made the movie so endearing: Supercalifragilisticexpialidocious!, Step in Time and A Spoonful of Sugar to name but a few. 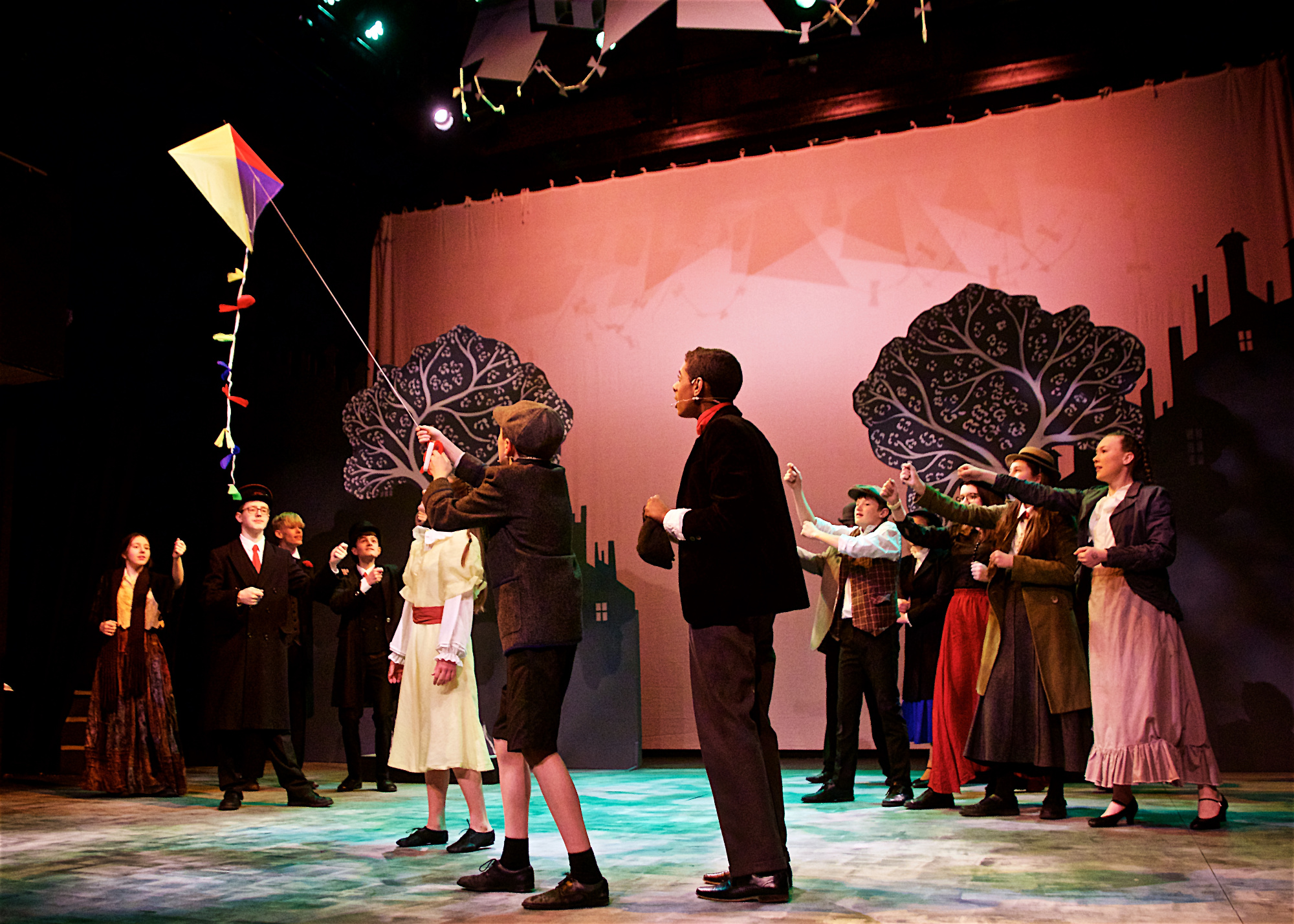 The jack-of-all trades, Bert, introduces us to England in 1910 and the troubled Banks family. Young Jane and Michael have sent many a nanny packing before Mary Poppins arrives on their doorstep. Using a combination of magic and common sense, she must teach the family members how to value each other again. Mary Poppins takes the children on many magical and memorable adventures, but Jane and Michael aren’t the only ones upon whom she has a profound effect. Even grown-ups can learn a lesson or two from the nanny who advises that “Anything can happen if you let it.”

The production featured some of Warwick School and King’s High School’s finest performers in Years 9 and 10,  and was directed by Mike Perry, Director of Drama, Warwick School, with original choreography by Maud Beidas. Sam Young, Old Warwickian, returned for one last show as the Musical Director. Amongst 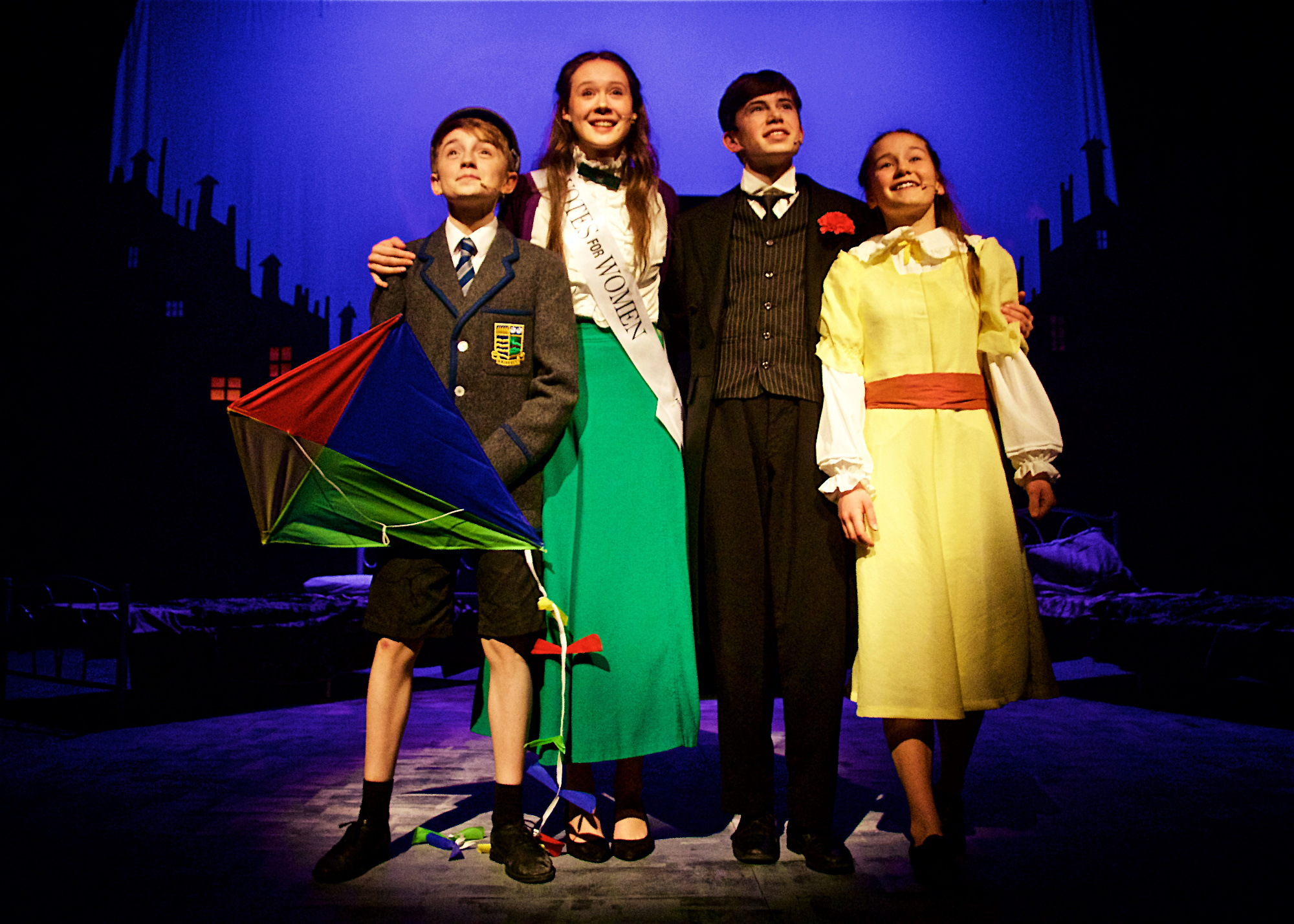 the many notable performances were those given by our ‘two’ alternating cast characters – Charlotte Syson and Caitlin Hughes as the inspirational Mary Poppins herself, Taha Elamin and Fraser Venn as Bert, and Sam Littell and Toby Hawkins as George Banks. Throughout the run of shows Matthew Peachey and Charlotte Knights played the cheeky children Michael and Jane Banks and Lottie Perry was Winifred Banks. There were some delightful cameos by Patrick Stiven as the Chairman, Charlotte Isbell as Miss Andrew, Yasmin Bakhtiari as Mrs Brill and Julia Di Matteo as Mrs Corry. The skilled ensemble flowed from park strollers (Jolly Holiday) to bank clerks (Precision and Order) and chimney sweeps (Step in Time) with tremendous energy, supported by the brilliant costume designs of Alex Kaniewski.

Once audience member summed up the universal optimism of the show by writing: “We saw it twice and didn't want it to end. Our party ranged from a 76 year old grandparent, to a 7 year old brother, and every one of us left the theatre on a total high, wishing we were on the stage enjoying it with them!”