Determined that 'the show must go on' despite Covid-19, our talented Upper Sixth thespians took to the Bridge House Theatre stage much to the delight of the small audience of their year group bubble and socially distanced staff.

Warwick School’s ‘Dogg’s Hamlet’ was an absurdly silly idea. Tom Stoppard created the play to examine the way in which confusion can arise out of two languages that share words but with different meanings – an idea derived from Wittgenstein. In Dogg's Hamlet the actors speak a language called Dogg, which consists of ordinary English words but with meanings completely different from the ones normally 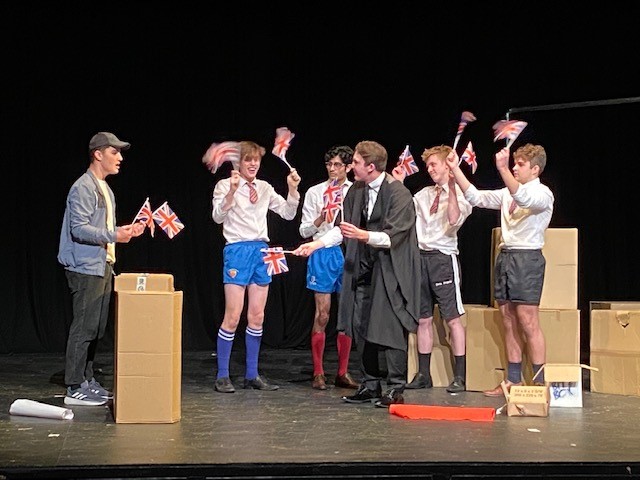 assigned them. So a microphone is haddock and a popular expletive is bicycles! Having got through an awards ceremony in which the same boy wins all the prizes, the boys’ make-shift production of Hamlet follows- an unsurprisingly shortened version of this play which shows how little we understand of Shakespearian English. Very much predating the kinds of humour achieved by the RSC (Reduced Shakespeare Company) the cast raced through a version of Hamlet lasting little more than 10 minutes. As characters rush on and off, forgetting props and needlessly kicking the cardboard set out of the way, hilarity ensued and this small ensemble delivered a screamingly silly production enjoyed by all who were present. Congratulations to Marcus Acquari, Sam Bain, Calum Blackie, Will Callan, Ollie Lattin, Hussein Malik, Will Parsons and Josh Simango.

King's High School performed David Campton's 'The Cagebirds', an allegorical and extraordinary play in which 5 captive 'birds' live in their cage, absorbed in their own petty interests under the control of the 'Mistress' who takes care of them. When the 'Wild One' is thrust in amongst them, she threatens their security by talking about rebellion and breaking free from the constraints of the cage to find freedom - but 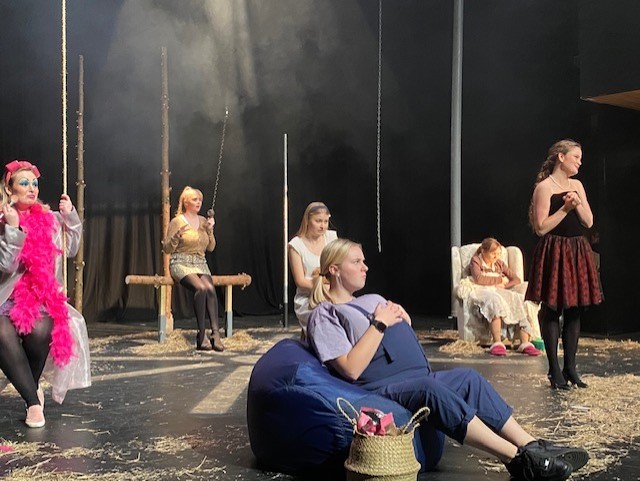 her efforts result only in her own destruction at their hands. The students captured the innate comic characteristics of each 'bird' brilliantly, delighting the audience as they were introduced to the over-indulgent, greedy Guzzle (Katie Walsh), the long-in-the-tooth Gloom (Amelia Moloney) and the self-obsessed Gazer (Flo Lloyd). Abigail Hunt and Imogen Griffin skillfully presented the antagonistic relationship between The Wild One and The Mistress, as the controlling Mistress introduces The Wild One to the flock. As the piece developed, the actors increased the darkness and sinister nature highlighting the character's small island mentality as they turn on The Wild One, led by the eerie Gossip (Emily Skillett). At the end, the audience was left considering the futility of life as we saw Twitting, expertly played by Emily Button, also suffer at the hands of the birds for daring to question their captivity.

The students all demonstrated their tremendous talent and acting ability and all should be congratulated for their efforts.