On Friday the 5th of November Warwick School was honoured to host HRH The Princess Royal, who came to celebrate the work of local charities and organisations, and to mark an important milestone in education – the completion of Project One Campus.

A host of local charities and organisations gathered in Warwick Hall to share their work and experiences during Covid-19 with the Princess. Richard Nicholson introduced the new project, Warwick - A Singing Town, which aims to bring singing permanently into the lives of young people in Warwick and promote the health and social benefits of singing. Pupils from St Mary Immaculate Catholic Primary School, one of ten Warwick schools involved in the scheme, performed for the Princess.

Commenting on the Princess’ visit to Warwick as a whole, Richard Nicholson said: ‘Ma’am, it is singularly appropriate that your visit has concluded here, alongside our shared Sixth Form building. This is the physical space at the heart of ‘Project One Campus’ which gives the fullest expression to the ‘Best of Both Worlds.’ However, bricks and mortar, however impressive, merely facilitate opportunity; they provide the canvas on which to paint. It is people – it is each of us – through our deeds and words who make our ethos and philosophy live, and our relationships flourish.’ 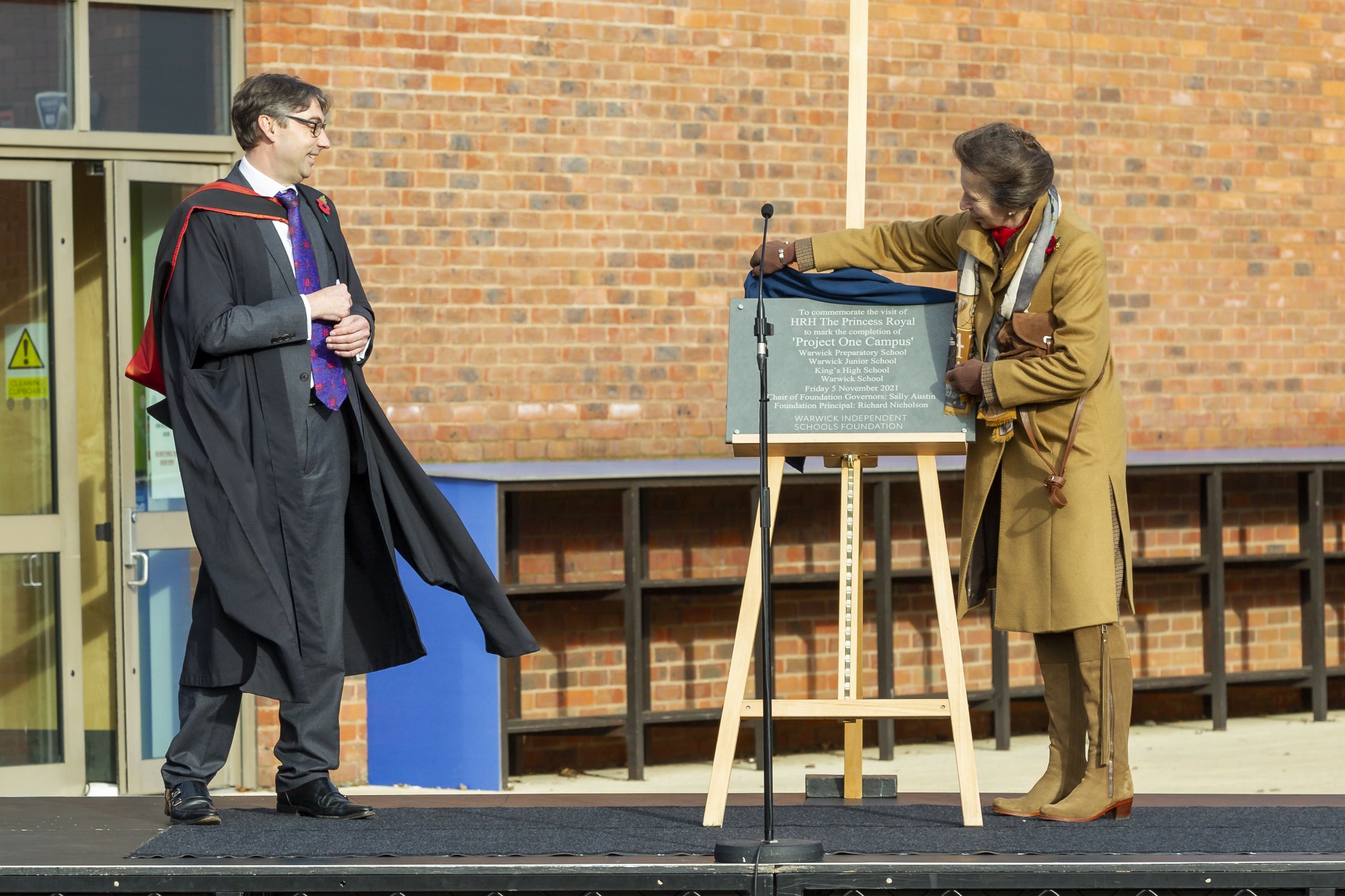