A small girl with a large ceremonial spade marked a very special milestone in the life of King’s High, Warwick School, and Warwick Preparatory School. 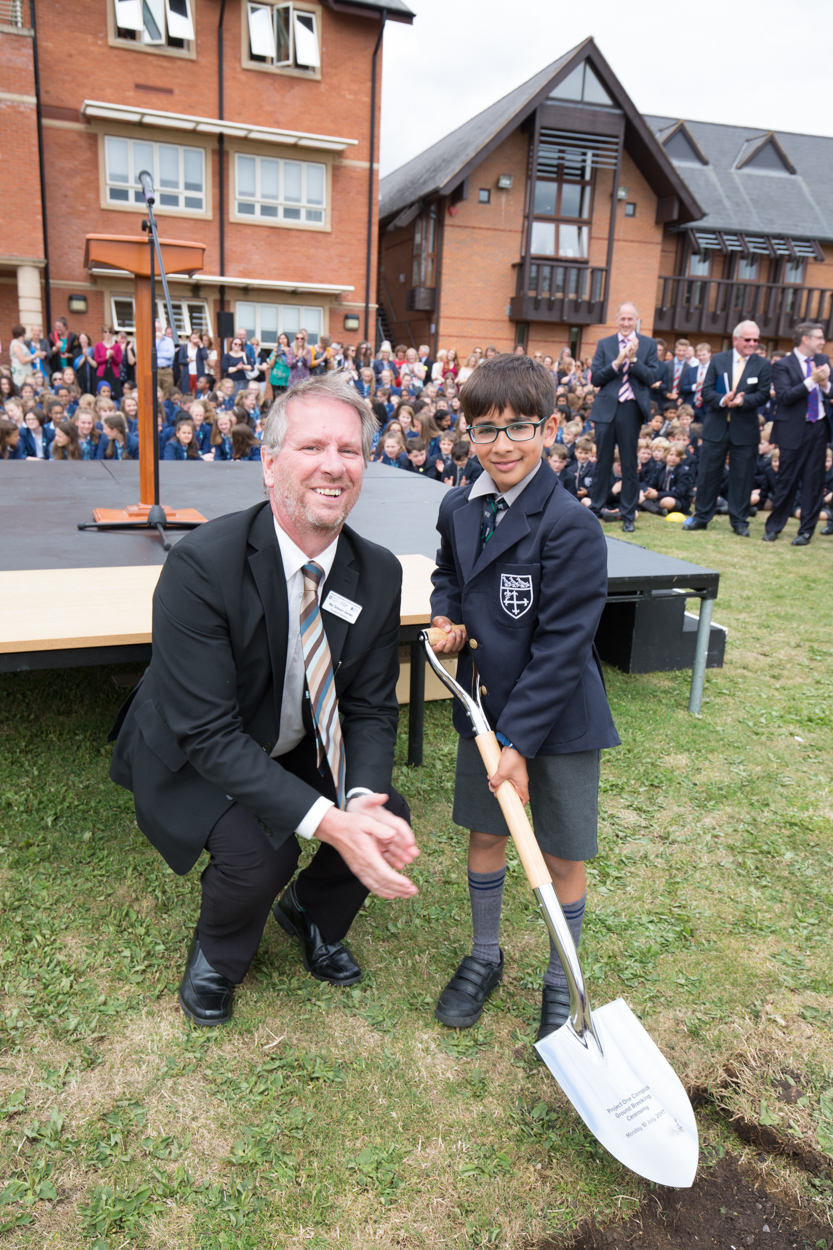 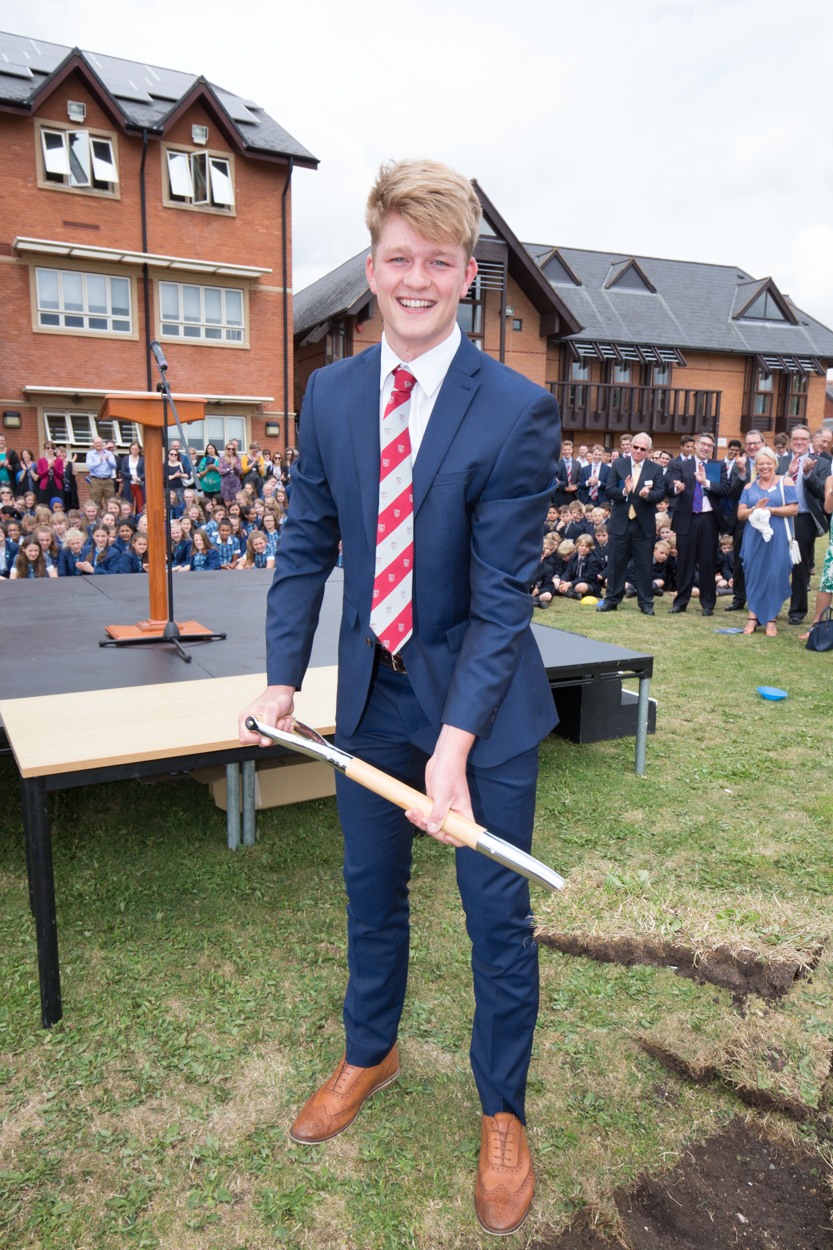 Gus Lock welcomed ‘our sisters from King’s High’ to the site of their new home. Mr Nicholson described the vision behind  Project One Campus, which sees a new state-of-the-art building for King’s High, and a new Sixth Form centre, to be shared with Warwick School. He said: ‘This brings for us all a school experience that is unique locally and, we believe, nationally: a model of how we celebrate a single sex teaching and learning environment with a rich co-educational co-curricular model. Truly ‘single sex plus’, a thoroughly 21st Century pathway for the best in education for girls and boys.’
Charitable status. Warwick Independent Schools Foundation is a Registered Charity, number 1088057. It exists to provide quality education for children aged 3 to 18.