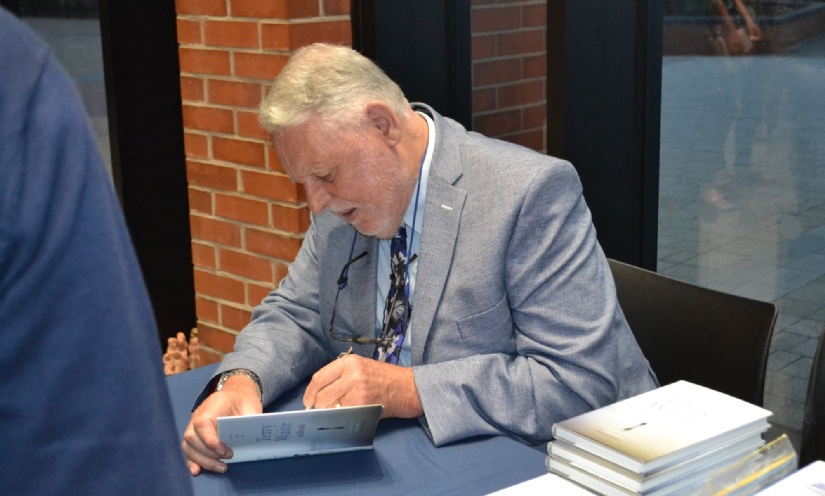 Warwick School recently had the pleasure of hosting Mr Terry Waite CBE, who talked to us as part of their ‘Sir Ben Kingsley Lecture’ series.

Terry Waite is perhaps most recognised for his role in securing the release of hostages in Libya and Iran, before being captured doing the same work in Lebanon.

Held in captivity for 1,763 days, almost four years in solitary confinement, Terry’s story was moving, fascinating and insightful. His ability to maintain his Christian faith and communicate to his fellow inmates through the tap code certainly impressed the audience. But perhaps it was his humility and modesty regarding his dangerous career that made the greatest impression upon those listening.

He also made the audience recognise the importance of a diplomatic solution: establishing a rapport with the enemy through face-to-face meetings. He highlighted the significance of language and the arts in keeping minds alive and he gave his advice on coping with failure: no regret; no self-pity and no oversentimentality. It was certainly an inspiring, humbling and enlightening evening.

The evening culminated with an opportunity for some book signing!