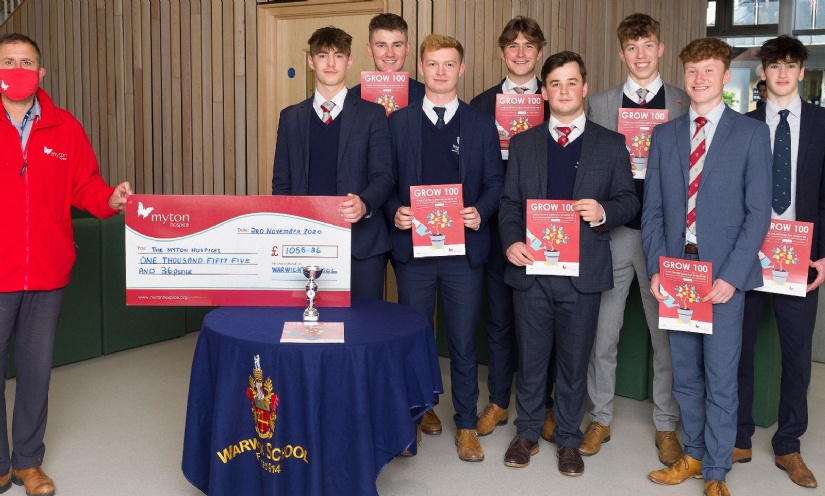 Albeit delayed, our Sixth Formers had the opportunity to hand over a cheque from their Grow 100 project, whilst also being presented with the winning trophy for ‘most money raised’ by Chris Godber, Community Manager.

A team of eight Warwick School Sixth Formers were set a challenge to grow £100 for Myton Hospice, alongside five other schools.

The team comprising Tim Briggs, Will Callan, Alec Chamberlain, Pete Dobson, Adam Lane, Archie McCusker, Tom Patrick and Henry Plyming, had to find ways to maximise their initial £100 with minimal spend, whilst spreading awareness of the project and the charity within the local community.

After a bit of brainstorming, the students decided to organise a raffle, a doughnut sale, a clothes selling site, a 10km run, merchandise sales, and located donation buckets around the school. 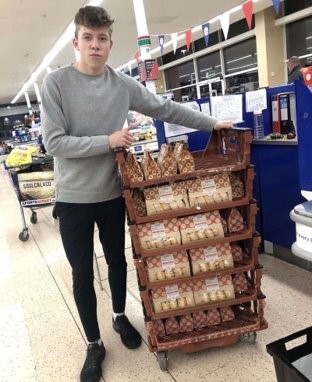 The doughnut sale kick started the project, 400 purchased and then sold in just 3 minutes (that’s about 2 ½ doughnuts a second) making a profit of £147.69. The raffle was next, with the team asking local businesses for prizes which included; Warwick Sports voucher, Haircut at The Den, Haircut at The Hideout, Basement Browns vouchers, Burger King vouchers, Walkers Crisps Hamper, a painting voucher and various merchandise. The raffle made a profit of £116.

The clothes selling site, although a great idea was difficult to expand, but still items were sold and a profit of £40 was raised. 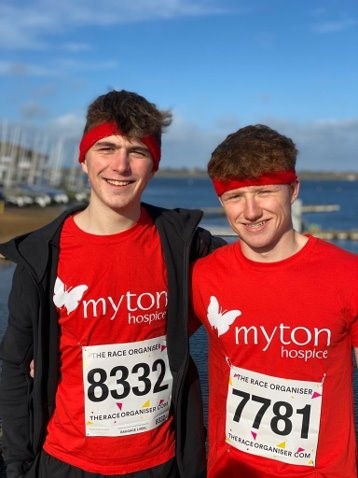 £605. The merchandise which included wristbands, keyrings and pins raised an extra £33.

The project had its challenges and the Sixth Formers were able to reflect on some of these. They said that organising and gaining permission for events in a short time frame was difficult. Coming up with unique ways to raise money, and generally raising awareness of the project and charity wasn’t without its challenges. Running out of doughnuts was also a shame and demand far outweighed supply!

A Myton Hospice spokesperson said, “The Warwick School team generated £1,055.36 which was amazing with some fantastic fundraising ideas. The six schools were given six weeks to grow £100, followed by a presentation.”

This project was carried out and completed prior to lockdown.

Albeit delayed, the Sixth Formers had the opportunity to hand over a cheque from their Grow 100 project, whilst also being presented with the winning trophy for ‘most money raised’ by Chris Godber, Community Manager. Warwick School raised an awesome £1,055.36!