What a year it has been for the Green Team at Warwick School! A year of hard work, setbacks, exhilarating successes, and finally the award we have been working towards for four years – our first Green Flag!

The year started with reviewing the environmental performance of the school and creating a new annual environmental action plan. The Eco-Slogan for the year was born, ‘Don’t be Mean, Go Green!’ and soon started to appear on noticeboards around the campus and was heard from the lips of pupils around the school. 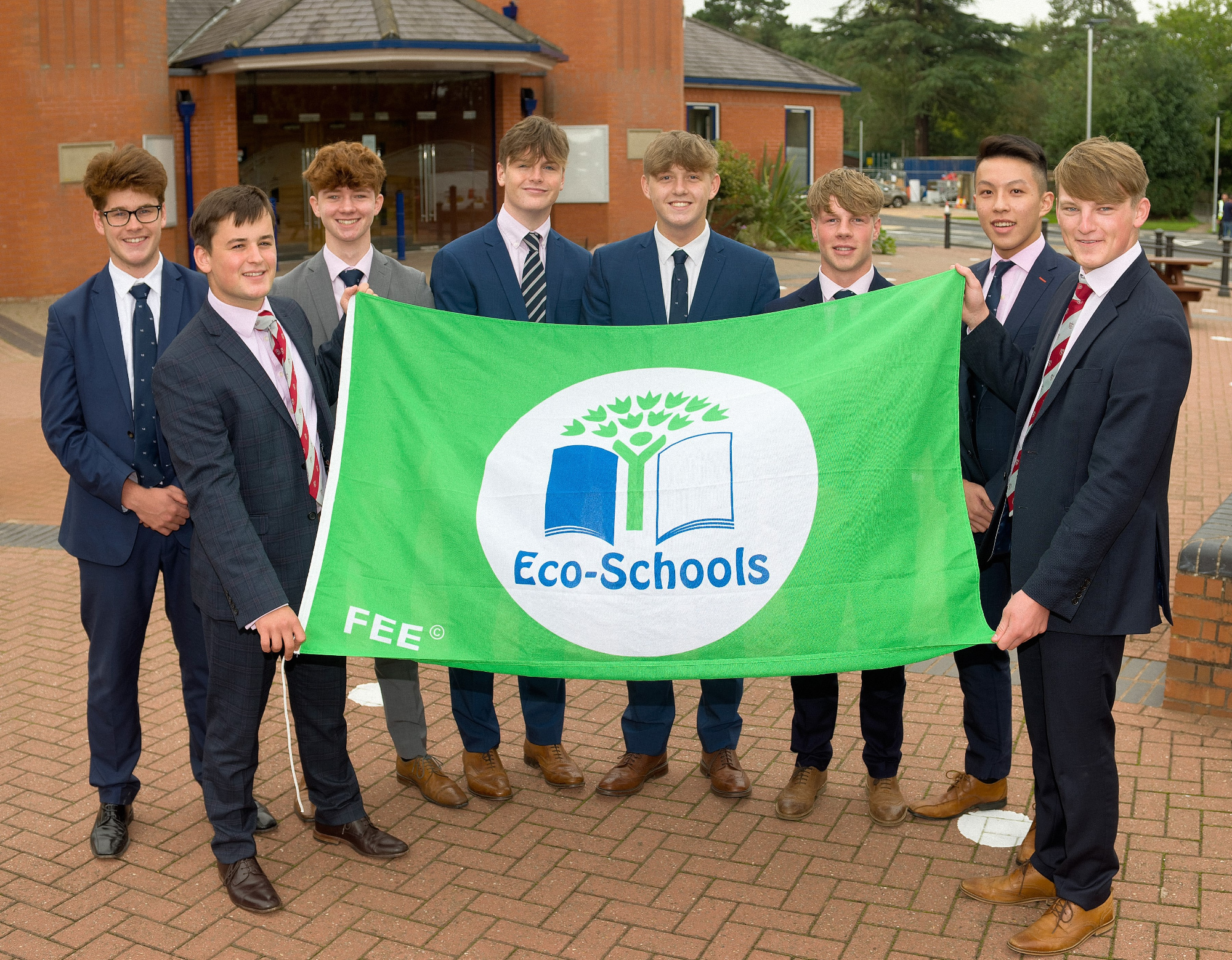 aimed at boosting recycling around the school. A review of products used in packed lunches was conducted and the catering team agreed to switch from plastic bottles of water to cardboard cartons. The team visited every tutor group to show all boys (and staff!) how to correctly use the recycling bins.

As the days shortened and thermostats across the country were turned up, the Green Team focused on cutting energy consumption. Louis Hadley and Will Kendell led ‘Switch-Off Fortnight’, running a competition to monitor how often forms left their lights on when their form rooms were unoccupied.

The Green Team’s attention moved to the environmental impacts of meat consumption, embarking on their most ambitious (and controversial) project yet – the creation of a regular meat-free day in the dining room menu. Keen to encourage everyone to engage with the issues, a whole-school referendum took place, preceded by two weeks of vigorous campaigning including speeches in assemblies in the senior and junior school and finally voting. Particular credit must go to chairman Archie McCusker, supported by Will Callan, who bravely fronted the ‘yes’ campaign, and to Lawrence Gartshore and Peter Walker, who kindly agreed to head up the ‘no’ campaign. All four boys put in a tremendous amount of work and the vote was incredibly close but ultimately, by a margin of 624 to 568, the school voted to adopt a meat-free day. 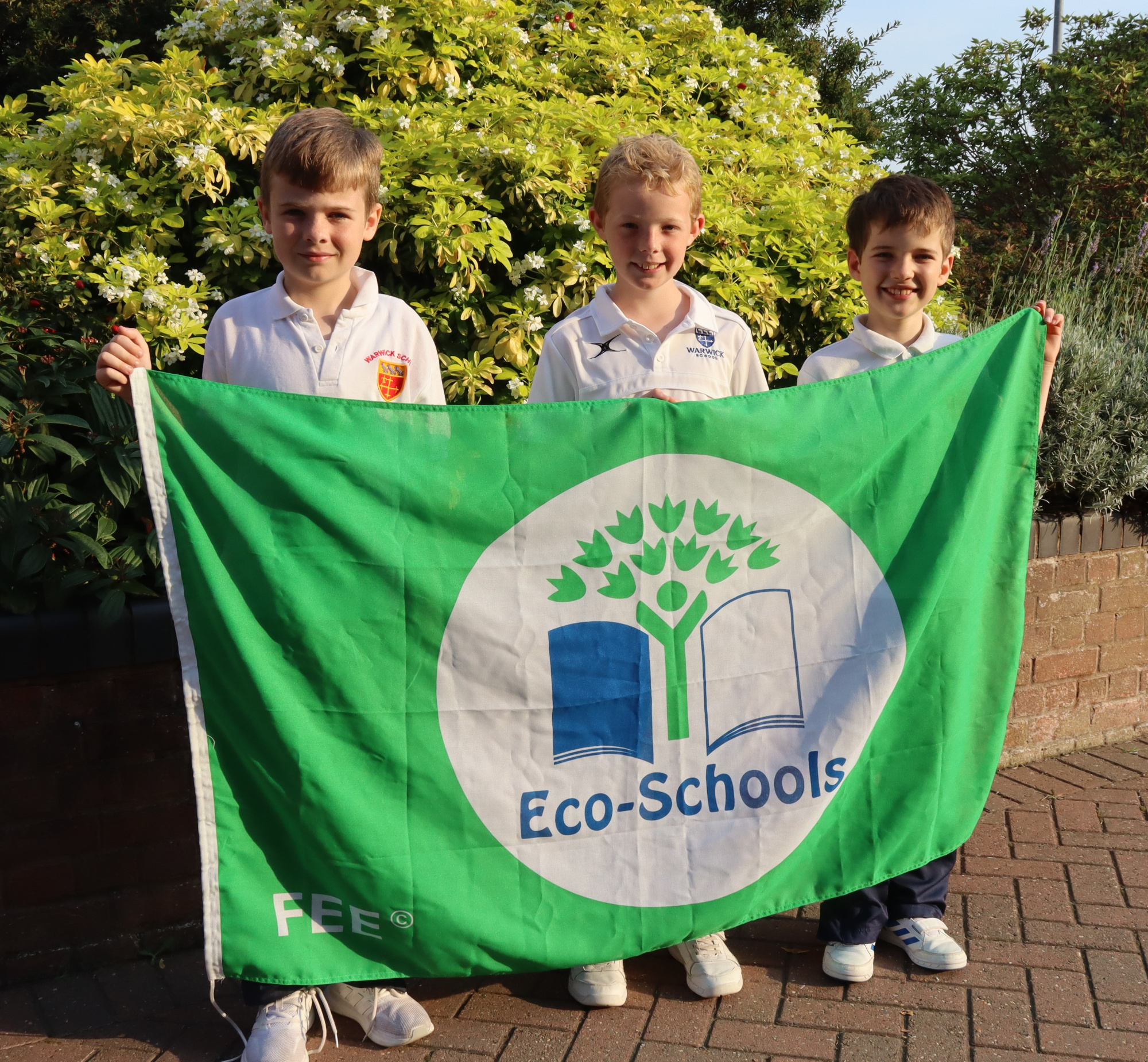 In early March, Warwick School received the news they’d been waiting for - an assessor from Eco-Schools England came to assess the school’s engagement in environmental issues and environmental performance. The assessor was extremely impressed by the passion and hard work of the Green Team and the engagement in environmental issues of pupils she met on her tour around the school. In a collaborative bid, Warwick School and Warwick Junior School, had succeeded in achieving their first Green Flag Award, an outstanding achievement!

This was a true reflection of perseverance from both their current Green Team and those of years past. Plans for the fifth annual ‘Ditch the Car Day’ at the end of the Easter term, was unfortunately thwarted by Covid-19 along with other projects planned for the summer term. However, in many ways the environmental benefits of the lockdown have been one of the few positives to have emerged from the pandemic. The shutdown of the school site forced everyone to work from home, cutting pollution and greenhouse gas emissions created by journeys to and from school. The switch to online learning and internal examinations cut paper usage by 99%, an estimated saving of approximately 25,000 pieces of paper alone! These changes have partly reversed with the return of school this new academic year, but the hope is that some of these changes will remain.