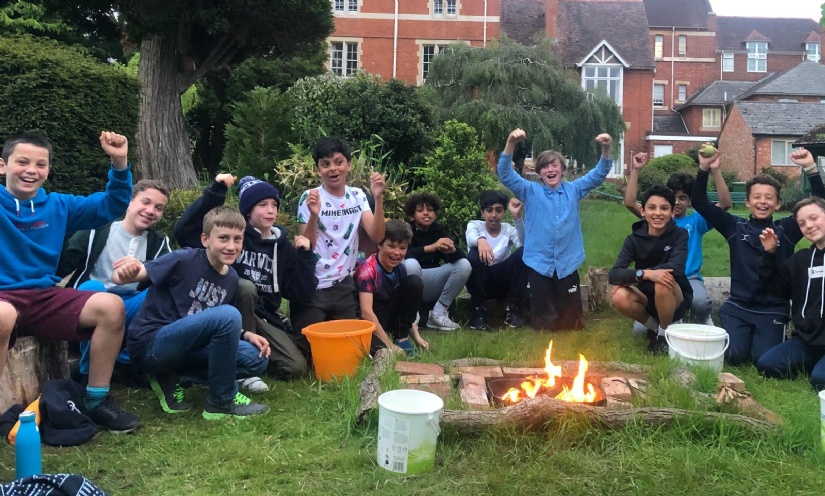 On Friday 28 May, as the rest of school were drifting off the school site to begin their half-term break, over a hundred brave Year 7 boys and several members of staff remained. It was the night of the annual Year 7 Charity Sleepout.

The boys watched a movie, played outside, ate dinner together and then completed a series of activities long into the night (dodgeball, football, capture the flag, cricket, a quiz and even toasting marshmallows on an open fire). After the activities had finished and the sun had set, the boys moved to the chapel for a talk from the Helping Hands Community Project charity about homelessness. The boys learnt how homelessness is an issue that can quickly affect anyone, regardless of how comfortable their current situation may appear.

After the talk, the boys settled down in the Junior School playground to spend the night under the stars (clouds). The boys slept in a variety of cardboard dens they had created. Whilst these dens were very impressive, they no doubt deepened the boys' appreciation for their beds!

In the morning, the playground was filled with very weary pupils enjoying their breakfast and recycling their cardboard boxes.

The night was extremely well supported and around £3,000 was raised for the ‘Helping Hands Community Project’ (a local homelessness charity). The charity are very grateful to those involved and wish to pass on their gratitude.