Danny to United — The Children’s Society 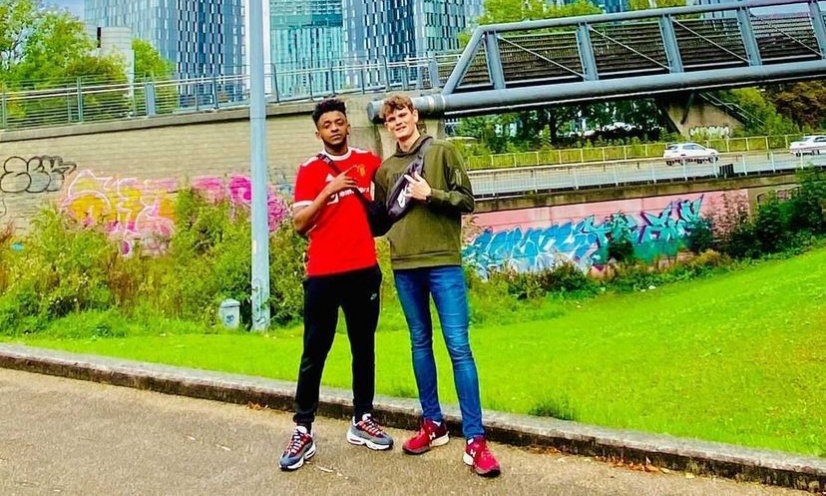 Warwick School students, Will Cherry, Ed Mercer, and Josh Turner having been working hard over the last few months on a project to realise refugee, Danny’s dream of visiting Manchester United. In September, they managed to make that dream a reality.

“It isn’t that often that the school magazine has write-ups of a football match, but I think this is quite an exceptional story. If you remember last term, I wrote to tell you about the success of me and friends, Will Cherry and Ed Mercer’s project to collect and distribute sports equipment to The Children’s Society and other local charities (Warwick School - The Children's Society Kit Collection). We also told you about a young refugee — Danny — whose dream of seeing Manchester United play at Old Trafford we hoped to realise.

I am really pleased to tell you that I was not only able to arrange this with the Manchester United Foundation Charity, but on Saturday 25th September, Danny and I went to their game against Aston Villa. It was an incredible experience which I know Danny will not forget — as he says, ‘I have completed life!’

I was fortunate to get to know Danny more on the train to Manchester and back and, between discussions about football, he talked about some of the struggles he has faced, and still faces, adjusting to life in England. After two years here, Danny is now 18 and has still not been able to construct any degree of regularity in his life. Since coming to England, he has been moved from London to Newcastle to three different places in Birmingham, having moved into his most recent flat last week. He also speaks of the difficulty he has had establishing a pathway for his future, ‘It is difficult for me to balance my English and Maths GCSEs with my work and my football.’ Danny is part of two football academies in Birmingham and has spent time at both the West Brom and Aston Villa academies — opportunities he is worried he couldn’t make the most of due to other challenges he had to face at the time, such as the year-long process to verify his age.

Talking to Danny has highlighted how lucky we are at Warwick to have such freedom of opportunities and experiences. It has been a privilege for me to facilitate him watching his heroes play for United, something which I hope will inspire him to persevere with all the challenges that he faces. I also hope that this will motivate my peers at Warwick to work to help others. I am really looking forward to working with Pupil Voice to support the Carriers of Hope Charity in Coventry, who are working at the moment to provide necessary products to refugees marginalised by the recent crisis in Afghanistan.” by Joshua Turner