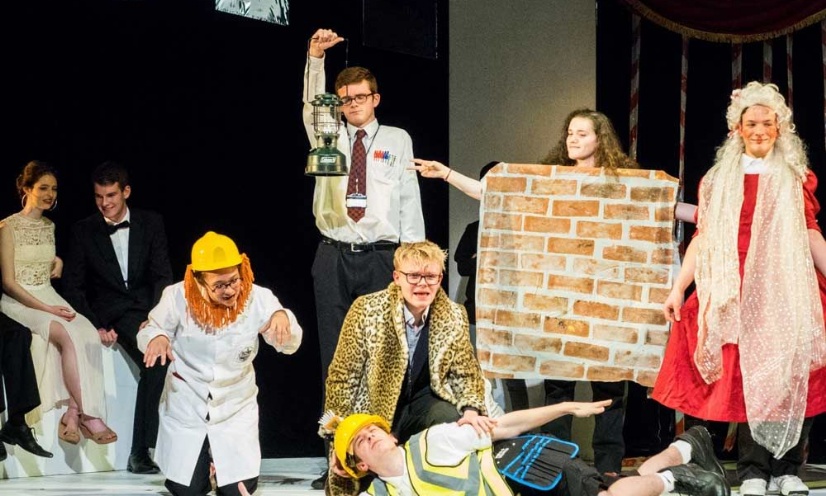 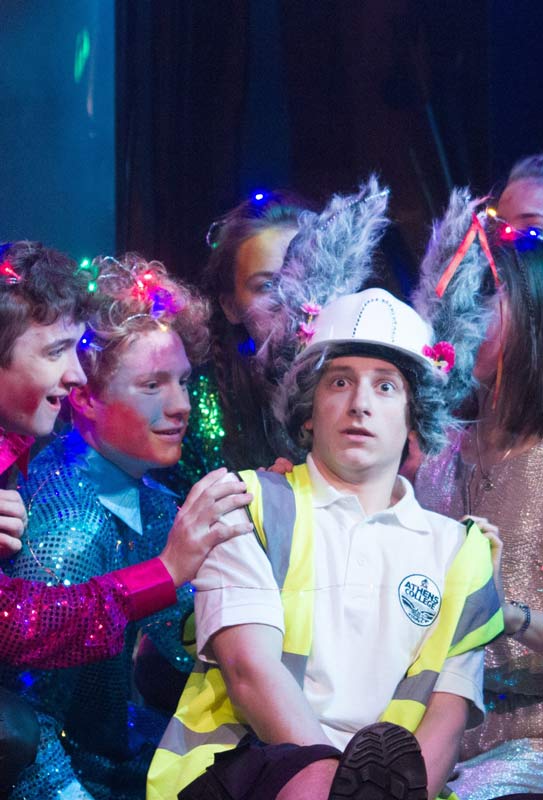 The mechanicals became school support staff, ‘cleaning and fixing’ the theatre before the show, led by Quince (Sam Young) and featuring the wonderful physical comedy of Bottom (Rory Gill) amongst many others.