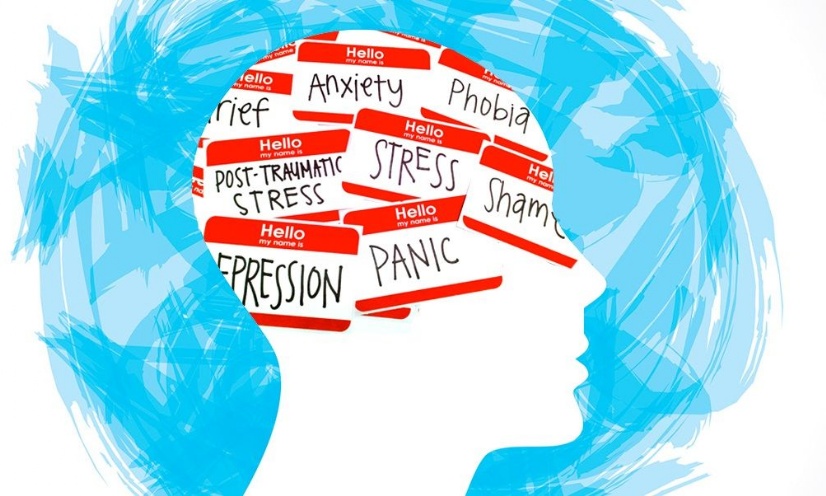 Last Sunday, 10 October, was World Mental Health Day. The cusp of half term and a much-needed chance to rest and revitalise seems like the ideal time to talk about well-being, which is often a victim of the pace of our daily lives.

A couple weeks ago I was listening to an interview with Mark Cavendish, the ‘Manx Missile’, a professional cyclist who has won 34 Tour de France stages, putting him first equal in the all-time list. He has won the points classification in all three of the grand tours: the Tour de France, the Vuelta d’Espagna and the Giro D’Italia. In 2011, he won the men’s road race at the Road Cycling World Championships. On the track, he has a Commonwealth Games Gold medal and a Silver in the Omnium from 2016 Olympics. The director of the Tour de France described him as arguably “the greatest sprinter in the history of the Tour and cycling”.

Following a remarkable season in 2016, the wins began to dry up for Cavendish. He was called into the Deceuninck-Quick Step team for the 2021 tour with only a few weeks’ notice following an injury to first-choice sprinter Sam Bennett. Cavendish’s chances in the Tour were written off by most commentators, who believed that time had caught up with a once great athlete and that he was no longer a force at the highest level of the sport. They were wrong. Predictions of his failure were premature, and he sprinted to four stage wins to draw equal with Eddie Merckx on 34. Cavendish’s performance marked an extraordinary comeback.

In this interview, he spoke openly about the struggles he has endured with both his physical and mental health over the past 5 years. In August 2018, he was diagnosed with Epstein-Barr virus, a condition resulting in chronic fatigue. This ran parallel to his diagnosis of clinical depression.

Cavendish describes his diagnosis of clinical depression as ironic and karma. By his own admission, prior to his illness his attitude towards mental health had been less than enlightened.

“I would have said 6 years ago or 7 years ago, depression and mental health issues are just an excuse, it’s being weak…I was one of those people who thought it’s not real in fact I went further than that I would use it to my advantage if I thought someone was weak.”

Cavendish learned the hard way that mental health problems are real, and can affect anyone. They have a huge range of causes and triggers, such as adverse childhood experiences, brain chemistry imbalances, experiencing discrimination or social disadvantage, and physical health problems. There is often no warning.

Cavendish went on to try and describe his depression.

“The word depression, people just think you’re going to be sad, you’re not even sad, you don’t feel anything… you either have no feeling or the most erratic feelings that don’t make sense.”

Cavendish also discussed how his depression has changed him and made him less selfish and more empathetic. Listening to his account of his experiences, to his voice crack as he described being unable to walk up the stairs or play with his children, and the irrational feelings of irritation he felt towards his wife and family, provided some much-needed perspective and understanding of depression.

Talking helps, and according to Cavendish talking to someone who has been through something similar helps most.

“A sports person can talk to another sports person because you understand what it is you do more…. I always found talking to someone who has experienced similar is more beneficial. It puts a different perspective you won’t just get sympathy.”

Sharing our experiences makes us available to those facing something similar. It also provides a chance for people to see the world from another’s perspective, from which empathy can follow. For these reasons, it is vital that we talk openly about mental health.

Two weeks ago, Upper Sixth Former Sam Manship courageously stood up in front of the entire school and openly shared the struggles he has endured with his physical and mental health over the past few years. His presentation was moving and incredibly powerful. An avid sportsman, a talented musician and academically high achieving, Sam’s passage through life was smooth until in Year 10 he endured a spell of injury and illness, culminating in a diagnosis of Chronic Fatigue Syndrome which has changed his life substantially. Battling to manage a long-term chronic illness and unable to do the things that we often take for granted left Sam feeling down and disconnected. His illness resulted in feelings of alienation and anxiety, and a diagnosis of depression. Talking with friends and family has helped him to deal with significant loss and frustration, and counselling and therapy have enabled him to overcome and manage these feelings. Sam continues to deal with these ongoing challenges, but by opening up and talking he has learnt to deal with these issues in a healthy and constructive manner.

Sam chose to share his story so publicly to highlight the fact that everyone has their personal issues and struggles, and that these struggles can often be invisible and immensely well-hidden. It is therefore of great importance that we are all understanding and compassionate to one another.

In sharing his experience, Sam also made himself available to anyone going through similar struggles. Under the direction of Mr. Soper, Sam will be working alongside fellow prefects and volunteers to provide peer support for any pupil who feels unable to speak to their parents, a teacher or even their friends. The members of the Well-Being Scheme have all been trained to listen and talk through numerous issues including mental and physical illness, friendship disputes and the day-to-day challenges of school life. The scheme is for all members of our school, and can be contacted through wellbeing@warwickschool.org.

The current generation have an opportunity to be more open about mental health problems than any before them. Hopefully Sam’s example has inspired current Warwickians to take personal responsibility for making this possibility a reality.

There are simple things that we can all do to make it easier for people to talk to you about the challenges they are facing. If we care about people, we must actively reach out to them and communicate that we want to listen. Time to Change, a campaign to change the way that people think and act about mental health problems, encourages people to think about the importance of asking twice. How often do you ask friends, family and acquaintances how they are? It is a common form of greeting. How often do you get the trite response ‘OK’ or ‘fine’? How often does the conversation move quickly on to the next topic? Next time, instead of moving on, stop and ask a second time. “No, how are you really?” If a friend says they’re fine, they might not be, and a second ‘how are you?’ can make all the difference. It shows them that you really care and gives them an invitation to open up.

Life isn’t a Disney movie, there isn’t always a happy ending, but recovery is possible and people who experience mental health problems can live a full, productive and successful life. Sam Manship and Mark Cavendish are evidence of that. In both cases the first step was talking, so let’s pledge to be open about our feelings and remove the stigma that still surrounds men’s mental health.