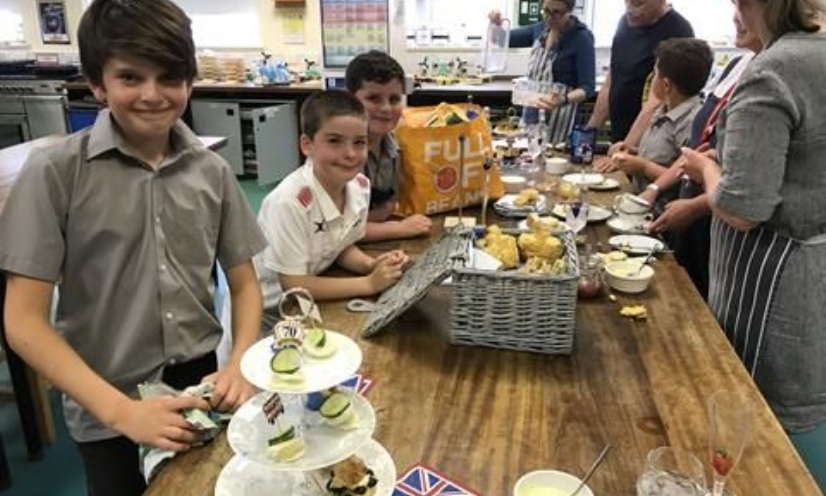 The demands on a Headteacher know no bounds, particularly at this most busy time of the term. On Friday I was summoned to conduct the most challenging task of the year to date: the semi-final adjudication of the Great Junior School Bake Off. This saw four of the finest young bakers in Warwickshire vying to secure a place in the final.

The task was Herculean: to chomp my way through four of the most exquisite cream teas ever served. The boys' scones were quite exceptional served with home-made jams and lashings of clotted cream. Such was my determination to make an informed judgement, I went back time and time again just to make sure my initial tastings were correct.

When the contestants' names were revealed, William was judged to be our Star Baker with Saul and Sammy only a whisker behind. After a storming performance throughout, Theo was unfortunate to leave the competition at this late stage.

I mentioned last week how commitment allows the boys to achieve the highest standards. Another example of commitment was perfectly illustrated on Monday when Sebbie Broughton presented to the school on the history of computer generated images and how special effects have transformed film making. As well as explaining the processes, Sebbie gave himself the task of creating a film using some of the techniques he described. This involved writing a script, recruiting actors and creating a life-size green box to help when creating and editing special effects. The results were truly remarkable.

Together with a group of Year 6 boys, they produced a short film utilising many of the CGI techniques film makers use. The team also worked on editing the film and creating the music sound track - a quite extraordinary effort.

Listening to Sebbie or sitting in the audience listening to our musicians, or watching our cricketers in action, it is true that many of the limits we put on achievement are often artificial and do not allow for creativity or true potential. Given the opportunity, our boys often rise to the challenge and amaze us with their talents. No doubt Speech Day will be an opportunity to recognise the boys' special talents and achievements.