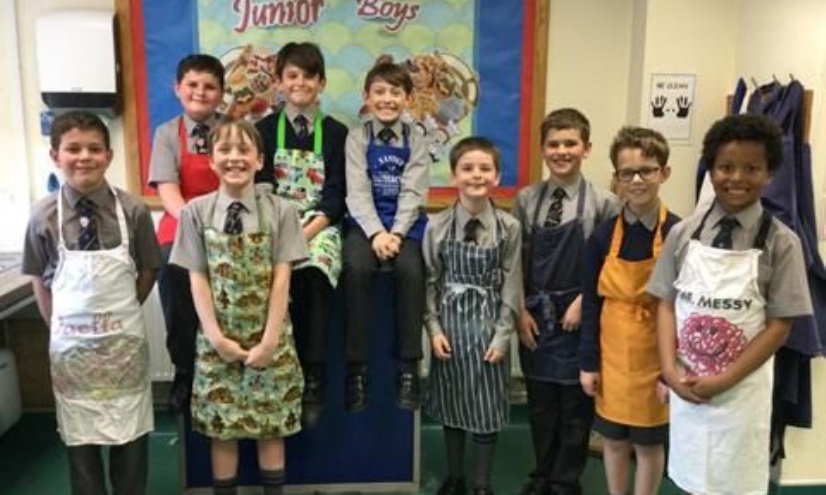 Two very special and fun competitions took place last week on Friday after school. Both were similar in that the format allowed younger and older pupils to compete on equal terms.

The Junior School Bake Off was back after a two-year gap. Nine brave boys put themselves forward to start the process. The competition follows a similar format to the television programme with a challenge each week and contestants aspiring to achieve the accolade of star baker. It is a tough process as the contestants are whittled down each week until the final three are left to contest the final.

This week the challenge was to decorate fairy cakes adopting a theme of jungle or underwater creatures, insects or farmyard animals. The standards were extraordinarily high with boys clearly practised and prepared.

I am looking forward to my turn in judging the contest when the theme is afternoon tea. I will make sure I leave sufficient space at lunchtime to allow a full appraisal of the boys' baking to be made.

Friday also saw the first running of a joint Junior / Senior chess tournament. Over two hours, 46 competitors each played seven games against different opponents. It was fascinating to watch as some of our younger boys sat down opposite much older and more experienced opponents from Year 7 to the Upper Sixth.

Junior School chess has gone from strength to strength over the last few years under the tutelage of Mr Lam. It was not a surprise that many of our boys did so well. Once the tournament was over, the prizes were awarded for the best-placed competitors.

Not surprisingly, the overall winner was another Junior School boy, Billy. Billy won all his matches dispatching several senior school pupils. It was quite extraordinary watching Billy in action as he seemed to be several moves ahead of his opponents. Our intention is for the competition to become an annual event. In my assembly on Monday, I challenged Billy to see if he could retain the trophy for the next 8 years. Judging from what I saw, I have every confidence he will meet the challenge.