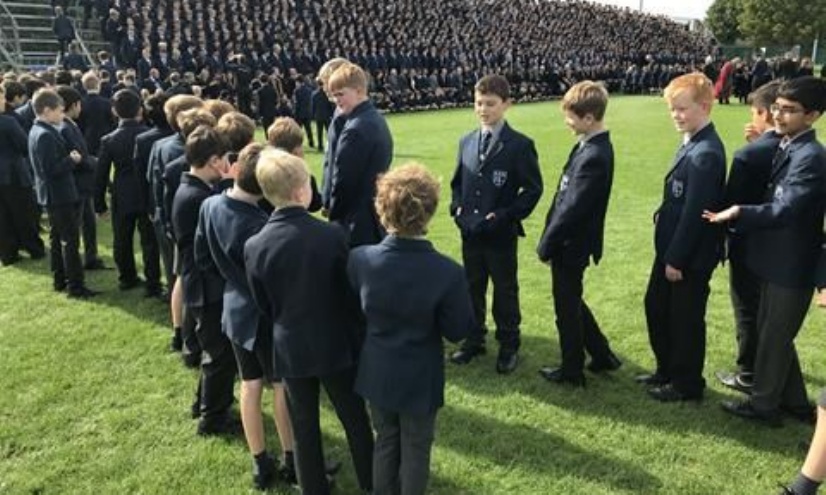 With two weeks now in the rear-view mirror, the memory of our summer holidays is beginning to wane. Now that the baseline assessments have been completed, we are now very much focused on teaching and learning. This week’s newsletter is somewhat a ‘bumper edition’ as last Friday’s newsletter was changed to reflect the tragic news from Balmoral.

Earlier in the holiday, I went to Stockholm to attend a wedding and to explore more of the capital. Having visited only a couple of years previously, I took to two wheels, together with my Swedish guide, to learn more about daily life in Sweden and what makes their culture so distinctive. I commented upon the lack of litter in the streets and my guide told me how strongly the care for the environment is impressed upon young minds whilst in school. She described the school system, the focus on play-centred learning until the age of 7 before formal education begins. She described the focus on the outdoor curriculum and significant investment in early years education.

Whilst the lack of formal education prior to 7 may be expected to put Swedish 15 year olds at a disadvantage to UK pupils, the fact is they outperformed the UK in comparable tests (PISA). I was not quite so keen on the idea of children calling their teachers by their first names. However, the informality of their approach to education suits their learning style and their desire to put individual's needs first. Whilst I would like to think there were many similarities of approach, the huge investment the Swedish government makes to help ensure that children receive the support they need is much to be admired.

I spared the boys from these thoughts in my first assembly preferring to talk about the sinking of the Vasa, the mighty Swedish warship from the 1600s, salvaged almost intact from the cold, deep waters of the harbour in the 1970s.

The Vasa today is found in a dedicated museum and is truly an impressive sight. Visitors enter the museum at the same height of the hull to see a massive ship above them. Those familiar with the pirate ships from Pirates of the Caribbean, will be very familiar with its appearance.

On viewing the ship, it was fairly easy to work out the reason for its demise - it was top-heavy. By adding a second gun deck, the ship lacked sufficient ballast and volume below the waterline. There was too much focus on the impressive carving, extra cannon and embellishments and not enough on what lay below the water. Before the ship had travelled a mile, disaster struck when a gentle wind filled the sails, the ship leaned over and water poured through the gun holes.

My message to the boys was to use the example of the Vasa to guide their approach to the year. Success is not always about the visible or 'showy' acts they perform. Success comes from what is not so easily seen or what I described as being 'below the waterline'. It comes from an unerring commitment lesson after lesson to do their best. It comes from a commitment to reading. It comes also from perseverance and an understanding that not everything they do will result in immediate success.

Hopefully, there will be plenty of acts 'below and above the waterline' to celebrate during the course of this term. I hope the boys enjoy their weekend's rest and I look forward to another busy week.