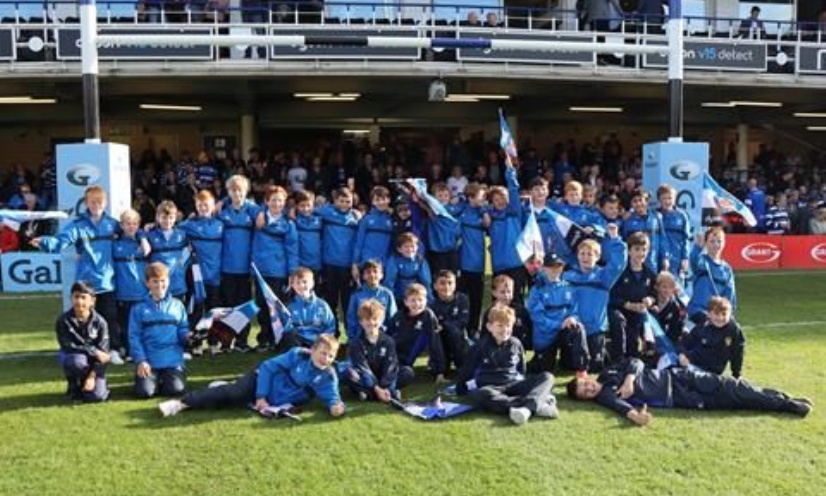 It was a genuine pleasure joining the Year 6 rugby tour for the day in the city of Bath. The boys spent the morning training with the Bath coaches before a picnic lunch near to the Abbey. The boys then acted as the guard of honour welcoming the two teams onto the pitch. They also were invited onto the pitch at half time and were introduced to the crowd as they completed a lap of the pitch.

The tour went very smoothly and the boys proved to be wonderful ambassadors for the school. Everywhere they went they received compliments from a variety of people. They played matches on Friday against Queen Elizabeth's Hospital, Bristol and on Sunday against two clubs in the Bristol area.
As well as enjoying the rugby the boys very much enjoyed eating out and enjoying a bowling evening. We look forward to providing similar opportunities to boys lower down in the school in the future.

Today, I joined the boys in 3B for their science lesson. This week is Teeth and Sugar Week; the boys have been learning about teeth and conducting experiments into the acidic action of various liquids. The boys placed a hard-boiled egg (with shell) in various liquids including water, coke milk, orange juice, Red Bull and vinegar. They left the eggs in the liquid before examining the results.

They were quite shocked to see the effect of various sugary drinks and liquids. In many cases the boys noted significant changes to the egg shell, including the almost complete disappearance of the egg in vinegar. The investigation proved to be a dramatic example of the corrosive nature of fizzy drinks. By discovering this for themselves, they will hopefully make better choices when choosing drinks. The boys also discovered how many teaspoons of sugar there was in a range of drinks. Whilst many drinks could have been anticipated, there was genuine surprise to see how much sugar could be found in milk.

The themed weeks in Year 3 are great fun and much enjoyed by the boys. We are all looking forward to Penguin Week later in the year where one of the tasks will be to design packaging to ensure that eggs survive a drop onto the playground from a first floor balcony. The same learning by discovery was demonstrated this week with our Year 6 boys learning about the positioning of organs in the human body. The practical nature of the task helps cement genuine understanding. Our Year 5 boys also had a moment to remember when investigating forces produced by air particles. They watched a demonstration of a metal drinks can being dramatically crushed by air pressure.  Very impressively, they were able to use their knowledge of states of matter and forces to develop an explanation as to why the can, when full of steam, became crushed when it was rapidly cooled.

Whilst half term will provide a welcome break from work, we look forward to a resumption of school and more active learning in the second half of term.