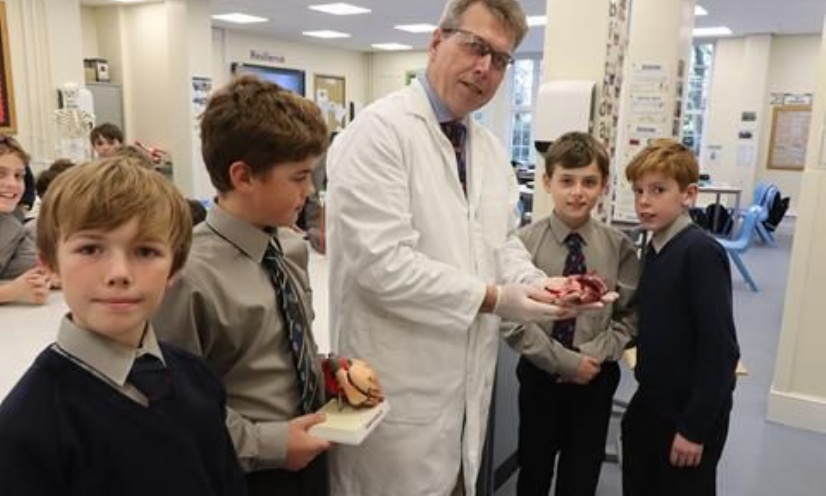 It was good to see the boys returning refreshed and ready for the second half of the term. Judging from my conversations with the boys, they have enjoyed some interesting experiences over the two-week break.

It certainly has been one of the most interesting and intriguing fortnights in the world of politics. In my assembly I touched on the machinations of the last two weeks and the cost of living crisis affecting families up and down the country.

I told the boys about another period in history when economic problems were far more profound during the Great Depression of the 1930s. I showed them some of the most dramatic pictures of that period, notably illustrating the dust clouds of the American midwest and the faces of hopeless despair.

I contrasted this with the life of William Randolph Hearst, the newspaper and media magnate. I showed the boys the opulent and ostentatious Hearst Castle he built in California. It is a quite remarkable estate and the guests he entertained were a Who's Who of the 1930s. As well as the most famous names in Hollywood, Hearst also entertained Sir Winston Churchill and Charlie Chaplin.

There was no doubting Hearst's success  as a businessman at a time when the world was facing great stress. His lifestyle was in sharp contrast to the lives of many who found themselves displaced and unemployed. Whilst Hearst was happy and keen to entertain guests, he had a reputation for not being the most generous of hosts.

I mentioned to the boys about the former CEO and founder of Microsoft, Bill Gates. I told them that in latter years, Bill and Melinda Gates have devoted themselves to philanthropic causes. I drew a parallel between having money and the talents the boys possess. I suggested that what is important in life is not how rich and talented the boys may become, it is how they use their talents or money.

Representatives from Drake House met this week to plan their charity day. This will be a chance for the boys to help others and to make a difference. I told the boys not to use the politicians as an example as in recent times they appear to delight in each others' misfortunes. Particularly when people are struggling with rising food and energy costs, it is important that kindness and consideration are shown.

I have asked staff to let me know when they see care, courtesy and consideration in action around school. We have a special certificate to present to boys who are showing these qualities. I hope that by presenting these awards in assembly, a virtuous circle of kindness can develop.