A Maiden Century, Half Century and T20 Win 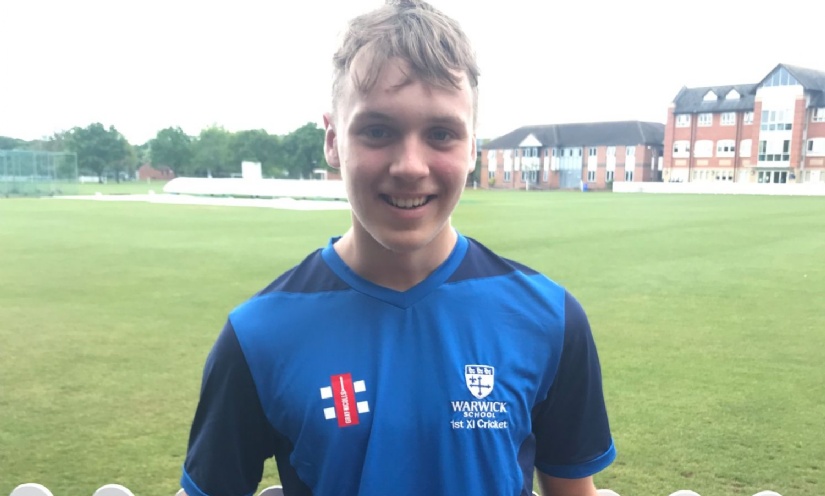 Another maiden century was scored last weekend with a fantastic knock by Tom for the 1st XI against Abingdon. Sadly this was not enough to take the game out of reach of the opposition, with the 1stXI losing in the penultimate over.

The team managed their first T20 win by 11 runs on Sunday against Hereford Cathedral School setting 173 in 20 overs with Gerber (75) and Ehsan (62*) leading the way. The team march on in the cup to play Kings Worcester on Saturday, 21 May at home.

The second and third teams had clearly been watching too much IPL as in all their matches last week overconfidence in blasting the ball to all parts was not met with reality.

The U15A faltered after their blistering result in the first week, but this was made up for with an edgy win over KES Stratford on Monday. The B's march on undefeated with 2 from 2. Great performances from Dunning 50 vs Abingdon and Mander 48 vs KES Stratford with wickets shared around.

In the U14A Abingdon proved too much, but Tim hit his first half century of the season against KES Stratford. Both these matches were without Turan making his debut for the 1st XI. The 14B had a fantastic two innings battle with Abingdon, Westrope taking 4-17 but fell short in the run chase. They made up for this against KES Stratford. The mighty Cs battled away in their game and look forward to another match next Tuesday.

The U13A blasted Stamford away in the National Cup with Larucci smashing 50 taking the team to over 200 off 35 overs. This was too much for Stamford with Leaver yet again blasting out the opposition, finishing with 5-2-9-5, an outstanding performance. They face Bromsgrove or NSB in the next round. Askin (63) saw the team home in another final over victory against Abingdon. The B's were totally undone by one epic bowling spell & will hope to improve against KES Stratford.

In the U12A Wye (40) helped set a good total but despite Singh’s 4 wicket haul the team were edged in the penultimate over. The B’s completed an epic tie in their first match with everyone contributing across the two innings.

This weekend we take on Loughborough.

Well done to all those involved and a huge thanks to our staff, catering, caretaking and the grounds team for producing excellent pitches.