Some Brilliant Wins for Hockey! 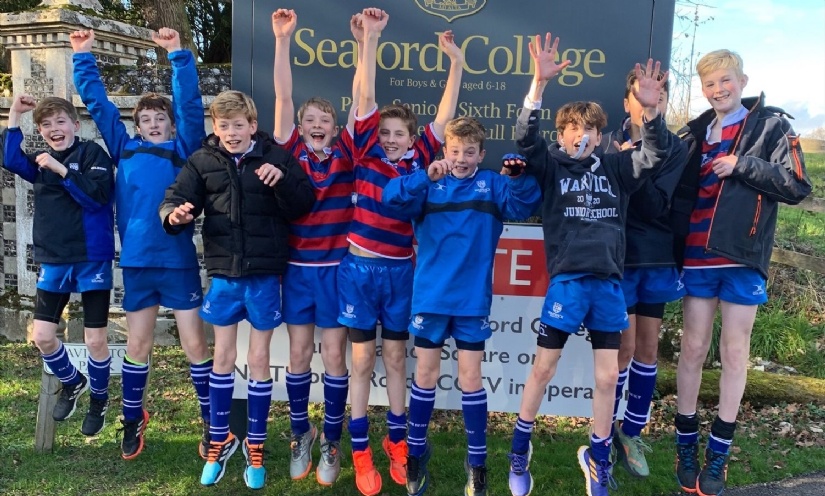 What a term it has been so far for Hockey! Each of our teams have had an exceptionally busy few weeks with cup games and county competitions, as well as blocks of fixtures against Bishop Vessey, KES Stratford and Solihull.

The U15A team were knocked out of the ISHC cup by an impressive Repton team but put on an excellent performance against one of the strongest hockey playing schools in the country.

The Second Team also finished runners-up in the county Tier 2 competition and will be taking part in the Midlands Finals in a few weeks’ time.

Other highlights from the last few weeks were wins for the U15C team against Solihull School! 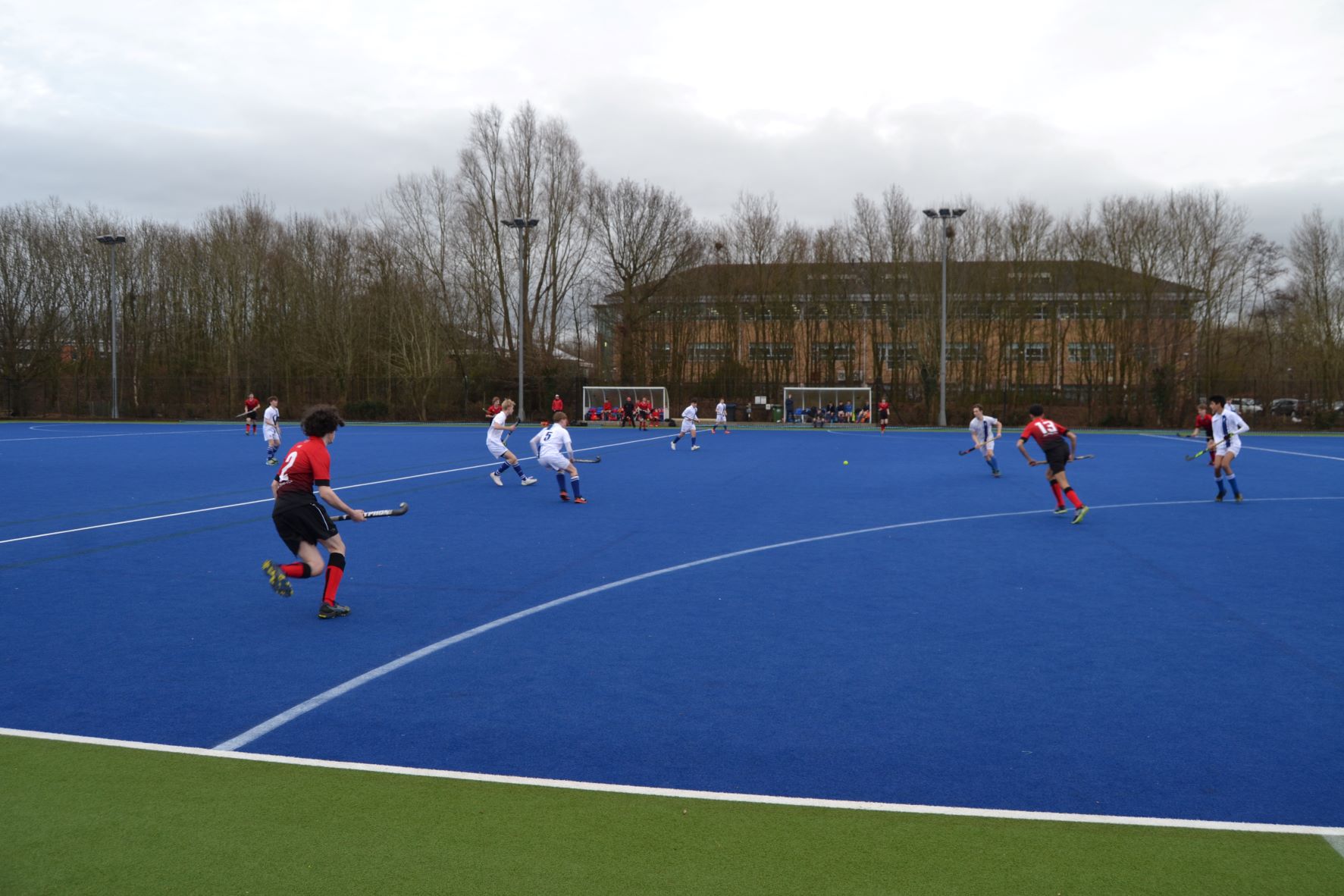 The First Team had one of the busiest cup schedules we have ever seen but managed to put in some excellent performances. In the England Hockey Cup, they beat Bloxham on Penalty Strokes with Will making some excellent saves to help the team progress to the next round where they faced Rugby School. The best performance of the season so far meant that the game ended up 4-0 to Warwick with an impressive Hat-Trick from Ben.

The First Team then faced the current U18 National Champions, Reeds School in the ISHC cup on Monday night and again stepped up their game in a high quality and tense encounter. Despite the best efforts of the whole squad Warwick lost 2-1, but there was a great sense of pride and belief going into the England Hockey Cup third round tie with Magdelen College Oxford. Sadly, the efforts from Monday night had taken their toll on the team, and they could not match the levels of performance from the previous matches and lost 3-2.

The U14B team won their Tier Two County Cup and are looking forward to their regional finals after half-term!

Other highlights from the last few weeks were wins for the U14C team, with Theo scoring in only his second ever game of Hockey.

The U13A team have had a very successful few weeks with two wins in the ISHC against Kimbolton School and Seaford College. They then followed this up by finishing runners-up in the Warwickshire County Cup to qualify for the Midlands Regional finals in March. 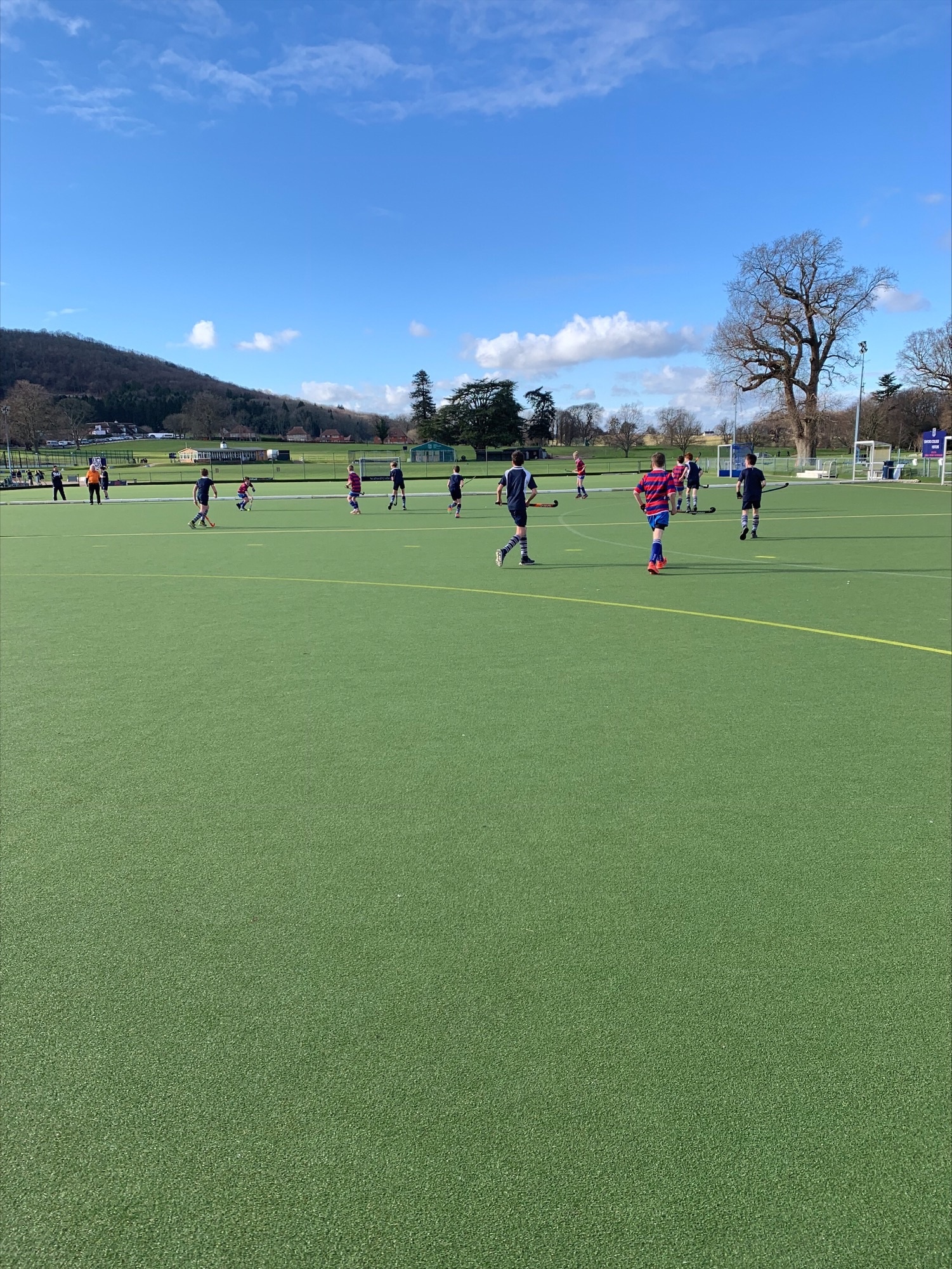 The U13s have reached the Regional Finals after finishing runners-up in the County Finals to Solihull School. Losing the opening game 0-1 to Solihull, they went on to win 2-0 against KES (B’ham), 2-1 against Princethorpe, drawing against Bolton Grange. This meant they had to win the final game against BVGS. An early goal was conceded, and the boys looked nervous and tired. But they battled on and played some determined hockey to score two goals in the second half and secure a 2-1 win. The Regional Finals will take place at Rugby School, a date is still to be confirmed.

Under 13s have progressed to the third round of the ISHC after beating a resilient Kimbolton School from Cambridgeshire. The boys started brightly and played some quality hockey, Theo Thompson on target for a brace. However, Kimbolton also scored just before half time to make the score 2-1. With solid defending from Ben and Oliver, they kept the Kimbolton attack at bay. Tom made one slight error in goal, unfortunately this gifted Kimbolton a further goal.  Oscar was dominant in midfield and it was his perfect pass that found JJ free on the right wing; JJ drove hard into the D and fired a perfect reverse hit into the back of the net. Final score 3-2. 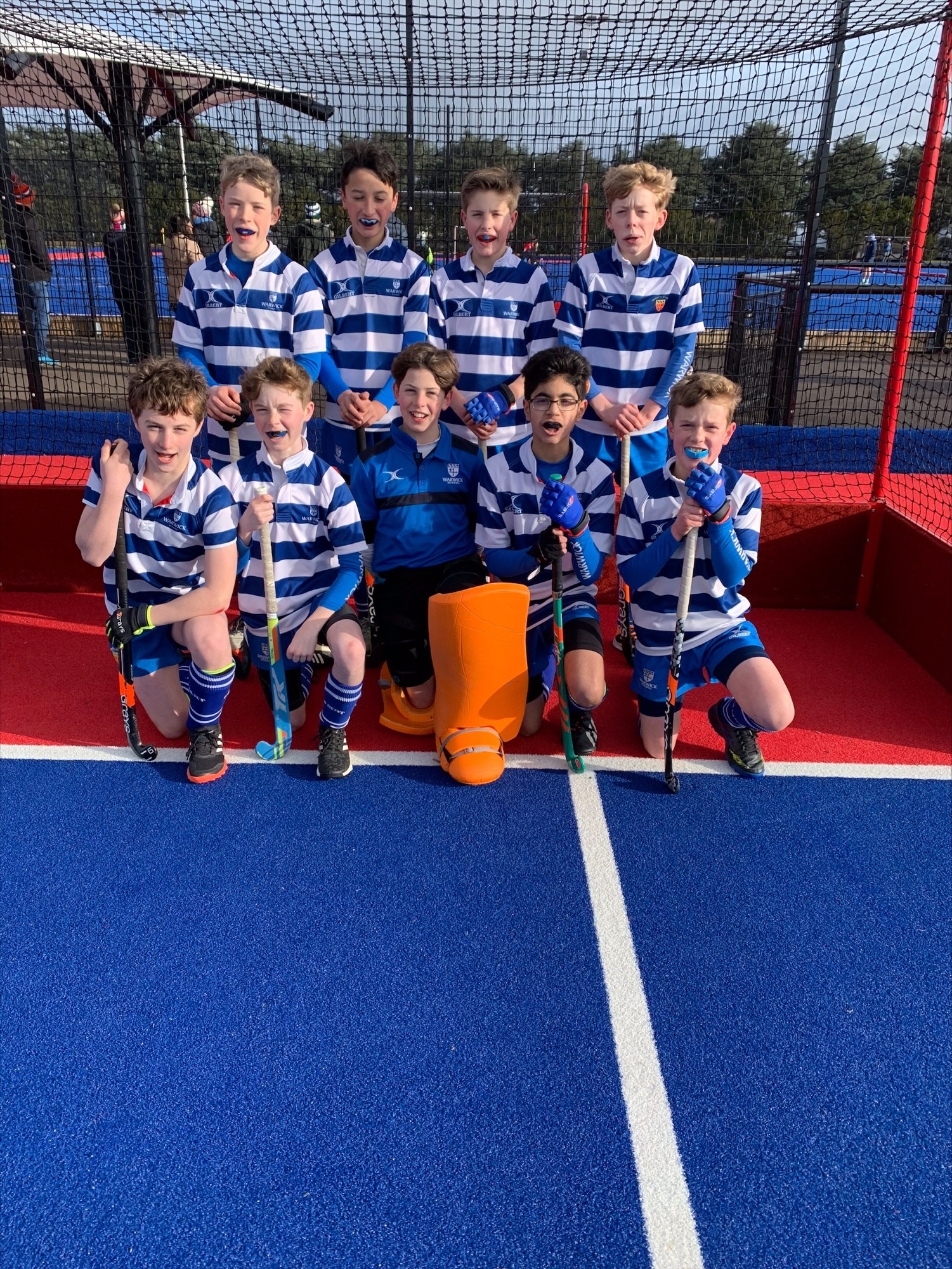 A total of 272 miles and six and half hours travelling time. The U13s returned home victorious after a comprehensive victory against Seaford College. An early set back before we left, left us a man down with Ranveer confined to bed due to illness. Off we went with a couple of stops for the boys and the mini-bus to refuel. We arrived at Seaford College and took in the beautiful surroundings and the expanse of grounds, a mere 450 acres!

The game started early, but we lost Theo after just two minutes with a thigh strain. Will and Ed ran the forward line brilliantly, with real energy and determination. Early goals were scored by JJ and the elusive Ben, who appeared in the right position always at the right time to score vital goals. Oscar controlled the midfield like a classy veteran and even the opposition's best player was frustrated by Oscar’s physical presence. Oli and Ben were solid in defence and calmly dealt with all Seaford’s attacks. Barney, playing up a year group, showed real class and provided additional strength and support in midfield, also scoring two fine goals. Finally, when called upon, Tom saved and kicked wonderfully in goal. He also provided the entertainment in the mini bus with a great rendition of 'Sweet Caroline'. A brilliant day had by all and a glorious 10-0 victory. Goal scorers JJ (3), Ben (3), Barney (2), Will (1) and Oscar (1). U13s progress to the quarter-finals of the Independent Schools Hockey Cup!

Good luck to all those teams that have qualified to represent Warwickshire at the regional finals after half-term.