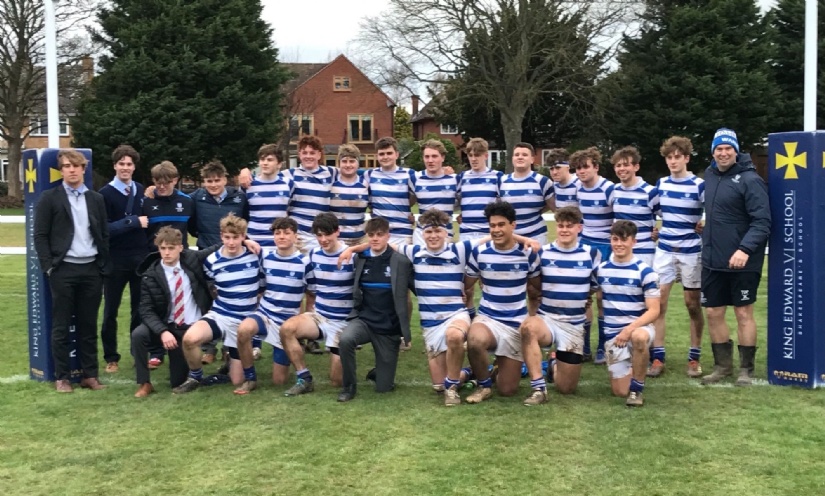 The final weekend of the 15 a side rugby season saw the teams play against Old Swinford Hospital School. The U13s had a great triangular with Woodhouse Grove (Leeds) and Old Swinford, winning both narrow games with a huge improvement in the squad. The U14B lost by 20-5 to OSH A team in a good contest. The 1XV and 2XV played in tough conditions away from home with the 2XV drawing 17-17. The 1XV did not have the performance they wanted for their final match, losing 31-22 in a narrow game with another great fightback on the cards after being 31-12 down. Nevertheless, a huge thank you goes to all their efforts, especially to the Upper Sixth over the past seven years at school. They have never given up and have formed great friendships for life in the Warwick Rugby Club.

On Thursday, 10 February, the U15 A's travelled to QEGS Wakefield to play in the Schools Cup Quarter Final. The team started fantastically, controlling possession and territory while playing into a strong wind. Unfortunately, we were unable to make this pay as we conceded a penalty two meters short of their try line. Both sides played the game with great intent and physicality and QEGS scored just before half time to lead 5-0. The boys were positive at half time in the knowledge we would be playing the second half with the wind. Once again, we spent a large portion of the second half in the opposition 22, but failed to make it pay. QEGS built pressure through their lineout maul and scored another try to make it 10-0 with eight minutes to play. The response was fantastic as we worked our way down the pitch, culminating in Ollie scoring a try to make it 10-5 with three minutes left. Unfortunately, time was against us and although we mounted a courageous final effort to get near the QEGS tryline, we were unable to score. It was a great effort from a team who have always battled to the final whistle and worked hard for each other. They showed this resolve in a fantastic 43-5 win against Old Swinford Hospital on Saturday, just two days later.

The Upper Sixth boys played their last game in their blue and white shirts after 7 years of effort, fun and teamwork. The team took on KES Stratford 1xv away from home in gale force conditions. The team won 26-0 and managed to play really well together considering they had not for two seasons. Tries were scored by Ted, Teddy, Angus and Callum, with Oli adding the conversions.

Thanks for all your hard work for the blue and whites boys and keep playing this fantastic game! 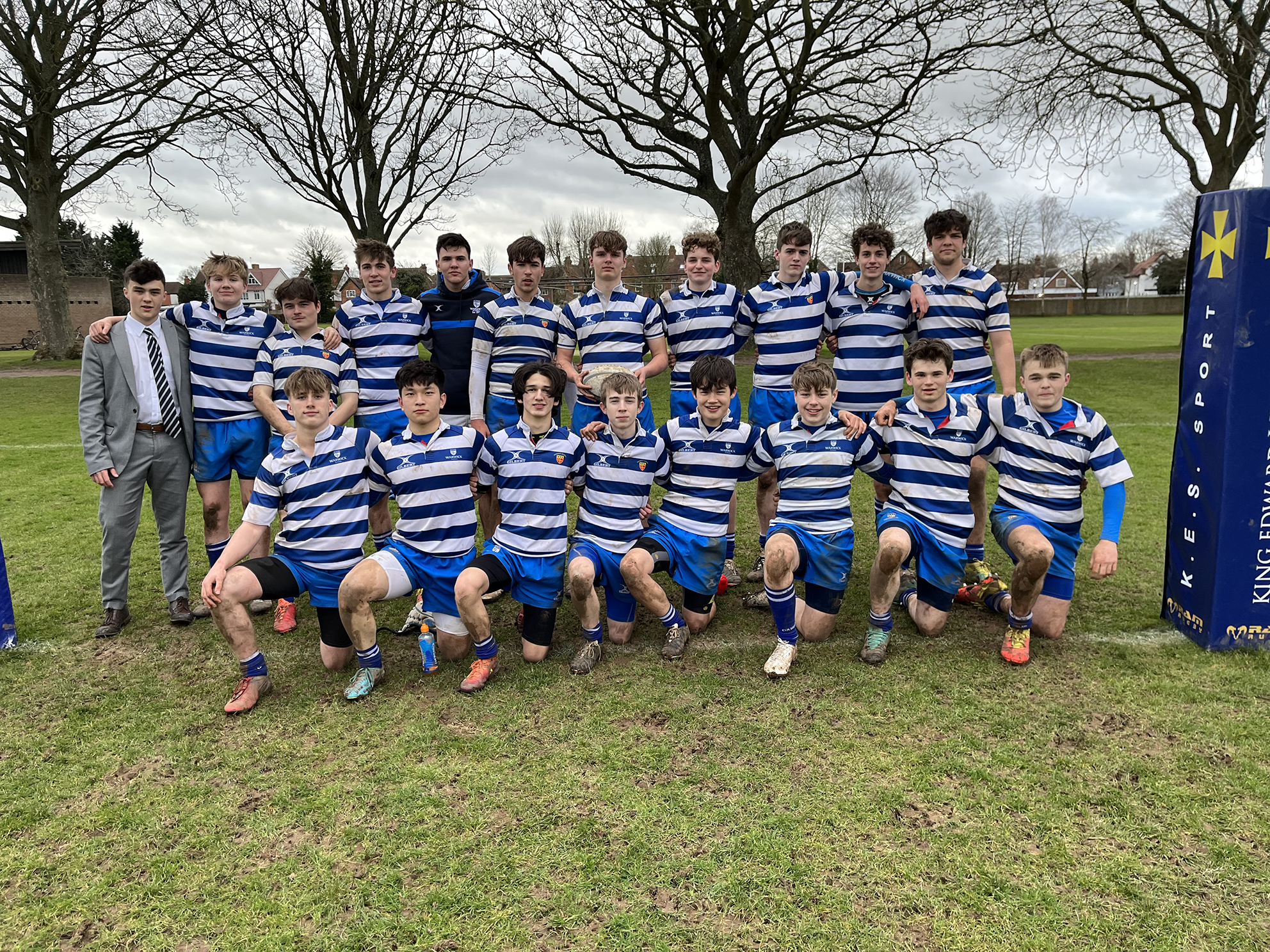 The under 17 development team played their first match against KES Stratford 2nd team. The team was made up of Lower Sixth second and third team players, and Under 16 A and B. Even though this was their first game together it did not deter from a resounding 46 - 10 win. Try scorers were Rodrigo (2), Alex, Harry, Regan, Joel and Noah, who also added 2 conversions with another from Alex. They now look forward to another three Wednesday afternoon fixtures after half-term.