The Long Awaited Return to Normality 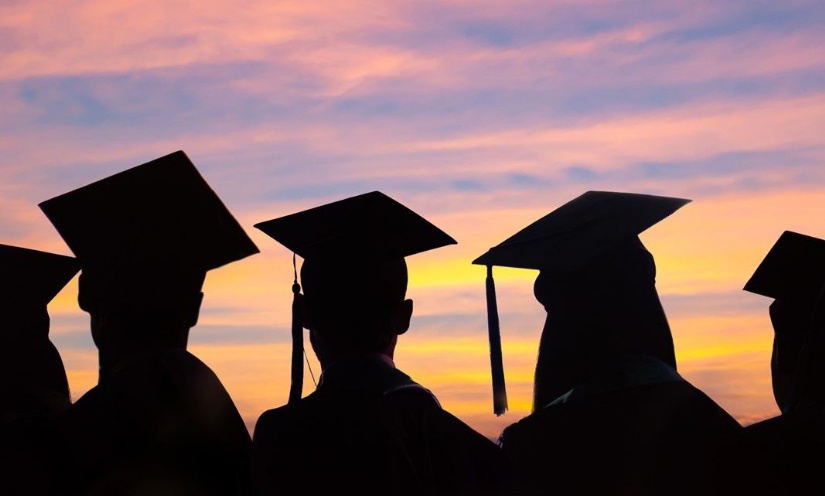 This term begins with a real sense of optimism as the lifting of Covid restrictions and the vaccination programme promise the start of a long and eagerly awaited return to normal. Standing in front of Warwick Hall on Monday morning, I witnessed smiling faces and energetic conversation as the pupils arrived for the first day of the new school year.

I wonder though, how they feel about the new school year? I hope they’ve taken a bit of time to reflect on the year ahead and how they might approach it. Essentially, they have two options;

1. They could be thinking this year is going to be a breeze, that they will sail through it without much effort and take things as they come, doing the minimum required.

2. Alternatively, they may have decided that this year they are going to make the most of every opportunity, seek out new things and commit to doing everything to best of their ability.

Last Friday, we finally hosted the long overdue graduation ceremony for the class of 2020.  Even though the group had been away from school for over a year and moved onto ‘bigger and better things’, attendance was fantastic: a fact that speaks volumes about the affection in which our school is held by its former pupils. It was a lovely evening and after the ceremony I was able to spend a couple of hours talking to various newly minted Old Warwickians. Almost invariably the time away had given them a new-found appreciation of their schooldays and the opportunities it had afforded.  The clear majority were grateful. A few though were rueful. They regretted the fact that they had not made more of these opportunities.

At that point a famous quote from the American inventor and businessman Thomas Edison, inventor of the light bulb amongst other things, came to mind.

“Opportunity is missed by most people because it is dressed in overalls and looks like work.”

The rueful had chosen not to make the effort to try something new, or to fully commit to their studies or co-curricular activities because at the time it just felt too much like hard work. Instead they had chosen to take the easy option, the path of least resistance.

With restrictions lifted the full programme of academic enrichment and co-curricular activities is available again. An offering of approximately 90 clubs and societies, musical ensembles, sports teams, educational visits, and more.

One thing we have learnt over the past eighteen months is that things change, often suddenly. Never has it been more important to make the most of these opportunities while they are available, because tomorrow they might not be.

By now most Warwick pupils are aware that I am a student, if not a fan, of the German philosopher Friedrich Nietzsche, whose ideas make regular appearances in my assemblies. One of Nietzsche’s most controversial and misunderstood ideas is the concept of the Übermensch.

An Übermensch is someone who has transcended their humanity. A stark contrast to most men and women who according to Nietzsche are “human all too human” and characterised by the failings and weaknesses of humanity. Übermensch can be of any race, nationality or gender, but they are creative and strong enough to master the whole spectrum of human potential.

What qualities does an Übermensch possess?

“My formula for the greatness of a human being is amor fati [love of fate]: that one wants nothing to be different – not forward, not backward, not in all eternity.”

A few of the 2020 graduates had regrets about their time at school. Regrets that they had not made more of an effort to make the most of the opportunities available. Opportunities that were now either gone or far harder to come by.

At the end of the year when your sons look at themselves in the mirror, I hope that they do so without regrets having made the most of every opportunity the coming months will present.