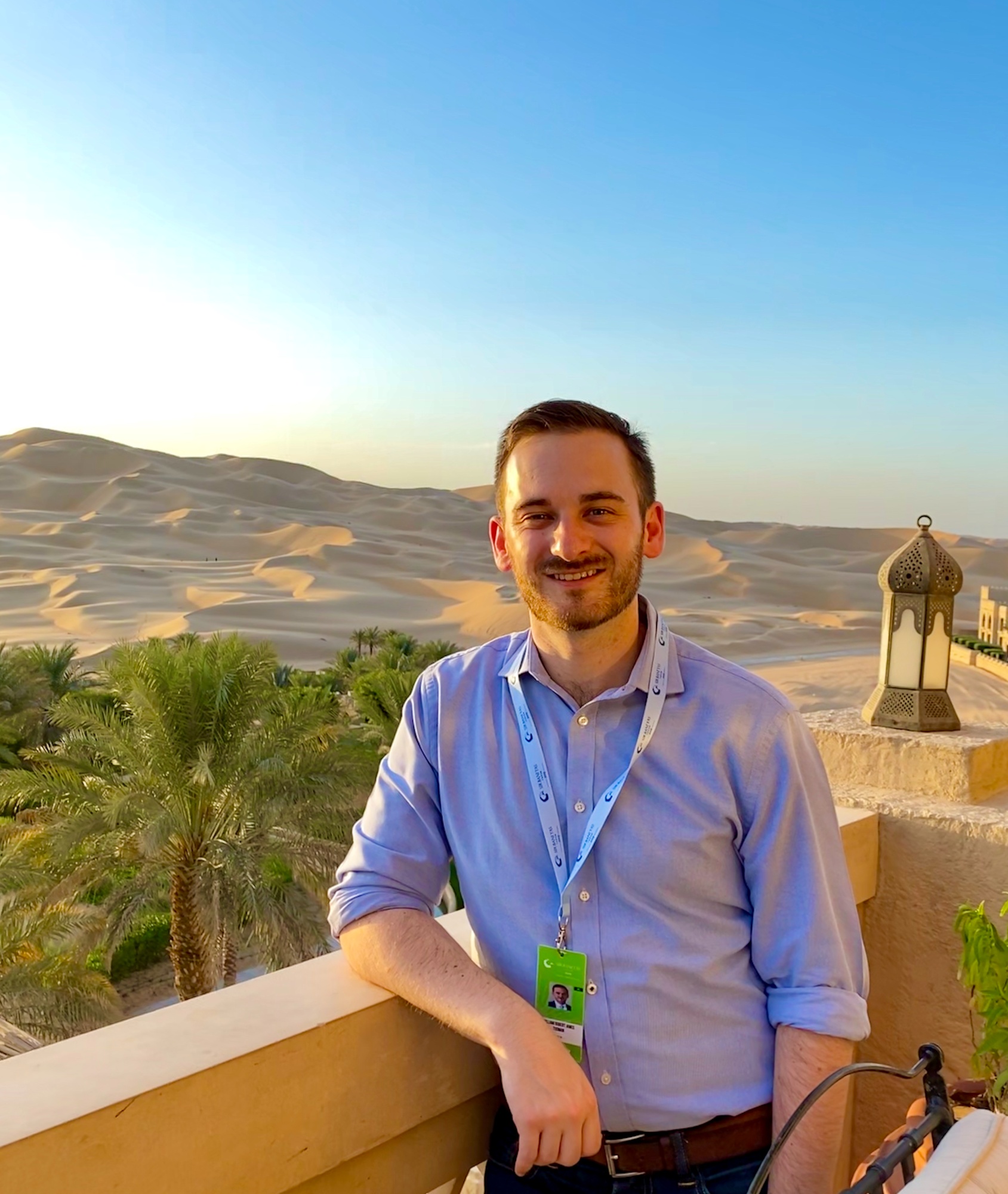 What are your fondest memories of being at Warwick School?

I was involved in a lot of music and drama and remember some of the concerts, plays, and tours very fondly. I also loved going to Politics Society talks – we had a lot of incredible speakers.

Where and what did you study after leaving Warwick? What did you enjoy about it/give you?

I studied a B.A. in Oriental Studies (Arabic and Modern Hebrew) at Oxford and then I moved to Washington, DC where I did a master’s in Middle Eastern politics at Georgetown University.

I loved the chance to learn Middle Eastern languages, spend time in Lebanon, and dive into the literature, history, and religions of the region during my undergrad, but I was keen to learn more about policy and contemporary issues. Georgetown appealed because it has strong links with the U.S. policymaking community and a strong emphasis on Arabic. I focused on refugee emergencies and studied Persian intensively. I hadn’t even considered studying in the United States for undergrad but loved living abroad and doing a master’s in a completely different academic system.

What is your current role?

I’m a fellow in the Middle East Program at the Center for Strategic and International Studies (CSIS), one of the largest think tanks in the United States. My job is to produce policy relevant research on the Middle East. I mainly cover the Levant and focus on aid, displacement, and sustainability in the region. I’ve briefed officials in a range of U.S. government departments and intelligence agencies, the UN Security Council, and foreign diplomats on my research. I also have to speak to the media and have done live TV interviews for the BBC and CBS.

Has your career had any unexpected or unusual twists?

My long-time ambition was to be a diplomat, but after working for a short time in the British Embassy in Beirut I realised that I really value being able to speak my mind and found some of the constraints of diplomatic life frustrating. At some point I will want to transition into a policymaking (rather than policy-analysing) role, but I have enjoyed the opportunity to write what I believe at a think tank.

Have you been involved in any other interesting activities/occupations since leaving school?

I co-founded a non-profit called KAMA DC and have led it for the past five years. We aim to provide a platform for immigrants to share their skills and stories and the organisation is based on a model that started in Austria over a decade ago. We’re still volunteer-run but have grown a lot and now do a range of activities, including immigrant storytelling nights, an Instagram takeover initiative, and a podcast.

How has your time at Warwick helped you in your career?

My interest in foreign languages certainly began at Warwick and I wouldn’t have my job now without the language skills my French and Spanish teachers helped develop. My experiences of public speaking at school were also helpful for my career. I co-host a podcast at work and spend quite a lot of time delivering presentations, so doing debating and introducing speakers at politics society events were especially helpful in that regard.

Did any one person at Warwick have a positive influence on you and/or your career aspirations?

John Jefferies was the first person who suggested I study Arabic and Charlie Hammel, a former history and politics teacher, gave me my introduction to Arabic in Thursday afternoon activities. That certainly had a huge impact on my career trajectory. Many others encouraged my interest in traveling, languages, and politics.

My experiences of living and working abroad have had a huge impact on my career and life. I took a gap year after leaving Warwick which was my first experience of spending considerable time abroad. I volunteered for several months in Morocco, Guatemala, and the West Bank. I’ve since lived and worked in Lebanon and Jordan as well, and I’ve now lived in Washington DC for seven years. Although I miss things about England, these experiences have challenged my thinking in a lot of ways, made me more confident, and probably more empathetic as well.

Are you still in touch with other OWs and if so, do you get together?

I certainly am, although because I live in the United States, I don’t get to see them as often as I’d like. We still try to have a big meet-up before Christmas each year and although I’m having a small wedding, several will be at the ceremony later this month.

What advice would you give to your teenage self?

I was a bit nervous about studying an unusual subject at university, but I’m incredibly happy that I did and have never looked back since. I’d certainly encourage people to take risks, but make sure they are informed risks - I probably should have read more than I did to get a better idea about what I was getting myself into.

I would also have encouraged myself to send more cold emails to people I wanted to talk to. It’s surprisingly easy to guess public figures’ email addresses and you never know who might be willing to speak to you about career ambitions. In general, people are flattered to be asked for advice and you may be surprised who you can meet that way. I’ve had lots of cold emails from teenage students around the world and always enjoy speaking with them.