Our Ties to Historic Warwick

Warwick School has existed for hundreds of years and has a storied history. It has been burnt down twice, closed down by a love-sick earl and caught up in an iconoclastic revolution. Below I talk about the first few centuries of the school’s existence.

Hello, I am the Head of History here at Warwick and one of the hosts of The Heaton Podcast, a brilliant listen if you love learning about History. Our next episode focuses on the Norman period and saw us visit some of the places in the town that are associated with our school. This inspired me to pen this post for the blog about the school and the town.

There is much mythology in the history of the school. Tradition states that the school was founded by Edward the Confessor, indeed a couple of statues in the school’s grounds would corroborate this. More recently, attempts have been made to place the foundation of the school in 914, when Aethelflaed, Lady of the Mercians, founded Warwick as a defensive burgh against the Vikings. It’s even possible the school was founded in the 600s, along with other Saxon minster schools in the country.  Whether either date is correct seems of little consequence as in 1016 the Vikings, those badly-behaved pirates of the Middle Ages, turned up and burnt down the town of Warwick, meaning the school was destroyed, and with it any evidence.

Let us start, therefore, with where we do have evidence; the Westgate. This is the impressive gatehouse you come to as you come into Warwick along the Stratford road from the M40. Now part of the Lord Leycester Hospital complex, the gates of the town were completed in the reign of King Henry I (1100-1135) after the Norman conquest. The town of Warwick and the county seem to have happily acquiesced to Norman rule, there were no rebellions here and the town seems to have prospered for collaborating with its new rulers. Whilst William the Conqueror did start the castle, supervising the motte that was built there, the town and castle only really came to prominence some years later. Henry de Beaumont, whose father had fought at the Battle of Hastings, was the first Earl of Warwick and it was then that Warwick as a town started to develop. It was under the next Earl, Roger when we know that schooling was taking place and some of these lessons would have been in the chapel of the West Gate. It may now make for a slightly annoying bend in the road as one drives into Warwick from Stratford, but this building is nearly one thousand years old. It still excites me each time I walk through the arch with its vaulted ceiling, even more so when I think that Warwick School lessons were once taught above my head.

The school then, in the century after the Norman conquest, must have been bilingual. Knowledge of Norman-French would have been a key skill taught at the school. The learning would have taken place within the chapel on top of the gate for much of this time, it would no doubt have been a rather cold classroom and one with little lighting. In the 1300s the school moved within the complex of the Lord Leycester into what was then called the Guild Hall. This magnificent space is larger than the chapel, suggesting an increase in the size of the school and the school is now running as a grammar school. There would be school fees to be paid, but lessons would be entirely in English and there would be perhaps just one or two teachers. No doubt football would have been played by the school children in their time off, but this would not be like modern football. It would have been played in the only green space available – churchyards – being more akin to rugby with the ball mostly carried or thrown, not kicked.

In English history all roads lead to the Seventeenth Century, and so it is with the history of Warwick School. Forget about the Tudors being important, it is the ructions during the Stuart dynasty which really shape England and Britain. The school was still existing in the Guild Hall, or as it was newly know the ‘Lord Leycester Hospital’. The Lord Leycester – Robert Dudley a favourite of Queen Elizabeth, had tried to close the school and chuck us out of our lodgings, but undeterred, we had moved back in. The War of Three Kingdoms – or English Civil War – saw Warwick as a Parliamentary town and so troops were garrisoned here, in the environs of the school. These soldiers looted much of the school’s equipment, anything of value was taken, religious imagery in the Lord Leycester complex was also attacked and defaced. It was a traumatic time for all people in England and the school did not escape. And for those football players in the graveyards, it was about now that gravestones would be appearing in the ground. No doubt these new obstacles made the game somewhat trickier. 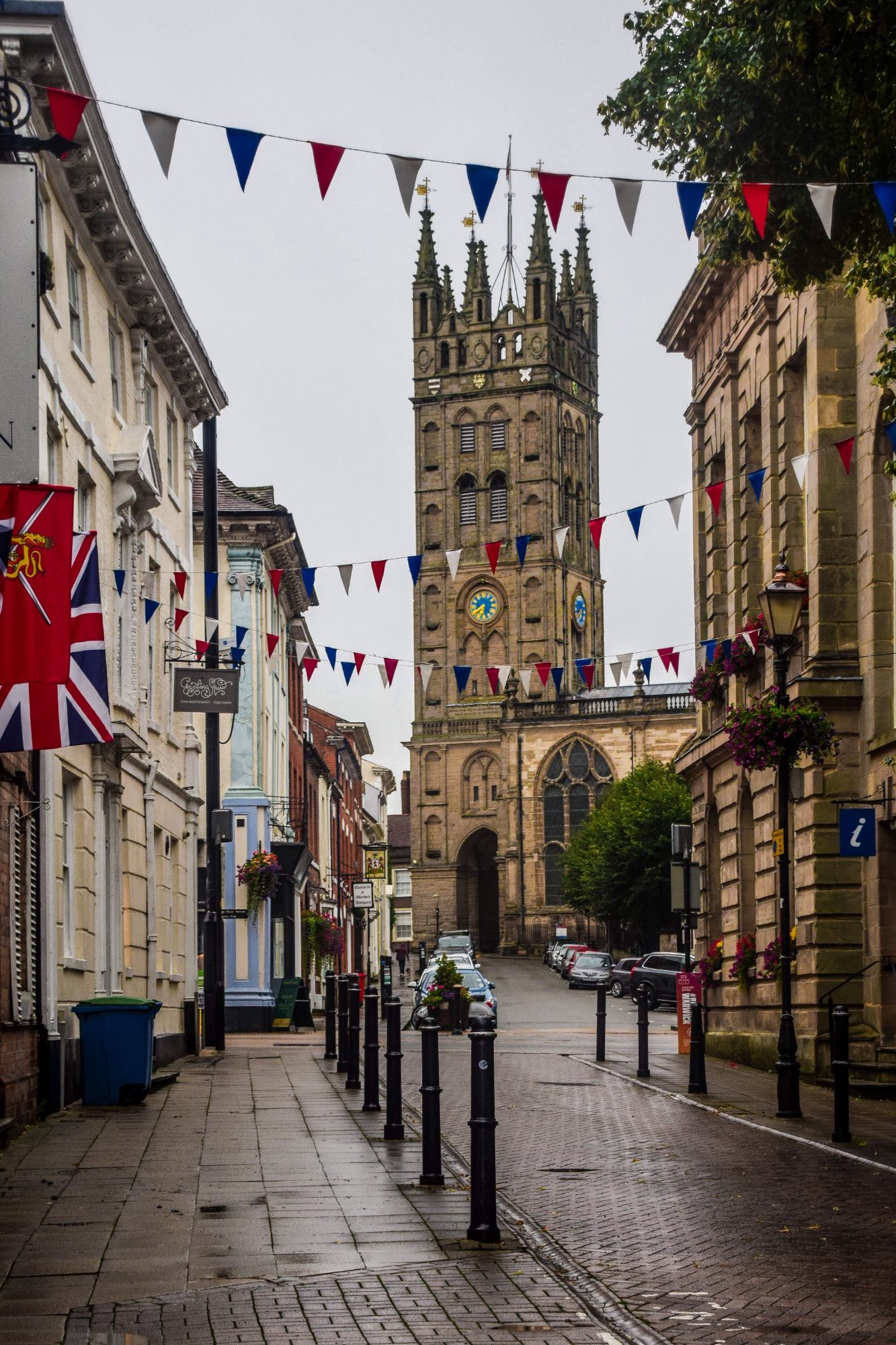 Now let us leave the Lord Leycester complex and wander down the road to the crossroads of the High Street and Church Street. Look around you and you will see not only the magnificent view of Saint Mary’s Church, but also many fine stone buildings. These would have been constructed around the year 1700, indeed many of the buildings have a date on them telling which year they were finished. The reason the buildings are stone, and Warwick has these wide-open streets is that in 1694 the Great Fire of Warwick swept through the town and many buildings were destroyed. After the trauma of the Civil War the school had moved to the complex of buildings around the Church of St Marys, but now these were burnt down. And so, the school was once more facing trouble, but it would once again survive and go on to flourish. In time it would move down to the new Myton campus where the pupils would have some much better fields to play rugby on.

I do hope you enjoyed these snapshots of what Warwick School was like. Do listen in to The Heaton Podcast for more historical ramblings. Available on Apple podcasts, Spotify and other platforms.

The Schools of Medieval England by Leach

The Antiquities of Warwick by Dugdale