Meet The New Head of School 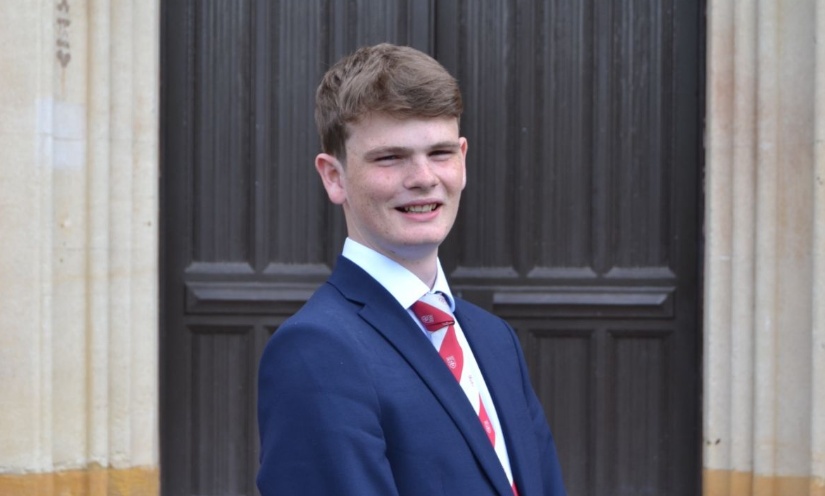 Having introduced myself to you in the newsletter before half-term, I would like to take this opportunity to write in more detail about what I hope to achieve in this role in the next ten months.

Since Year 11 I have enjoyed leading various charity events, most recently efforts to send two ambulances to Ukraine – you may have heard complaints about my overpriced donut sales! For me, one of the best things about Warwick School is how outward-facing we are. There are already numerous initiatives promoting this, for example volunteers reading at Westgate Primary School; interactions with local charities such as Kissing it Better and the Leamington Night Shelter; our facilities like the swimming pool and Bridge House Theatre being available to the public; and pupils from North Leamington, Aylesford and Myton Schools being invited to Mr Jefferies’ Encounters series. I think it is critical that our school remains immersed in the local community, and this is something I would like to extend even further during the time that I will be Head of School. The bursary program at Warwick is great, already offering about a dozen means tested paid places for every new Year 7 cohort and I am really keen to work to further promote the life-changing possibilities this program can provide, as well as seeing if it might even be possible to fundraise for more bursaries. Watch this space!

At a total of 40, we are the biggest prefect team Warwick has had for a while, and for the first time every prefect has a specific area to work on, often leading a committee of younger pupils. I am optimistic that all of the team will take every opportunity to maximise the role that they successfully applied to lead – whether organising fundraisers or raising awareness. I see it as a big part of my role to help these initiatives, from the Green Team’s fundraiser today (Friday, 17 June) to the various charity drives next year that are already being planned. I hope that we will have a really visible presence at the school, both during the school week and at the various events at the weekends; and I want the younger year groups especially to regard us as approachable.

Since King’s High’s move to the Myton Road campus a few years ago, the schools are becoming increasingly collaborative – with initiatives like Kings High’s move to a six house structure and affiliation of each Warwick house with a sister house from September. I want to be a part of this, working with their Head Girl; as well as encouraging our prefect teams to work together on projects such as a joint Big Conversation (Kings’ series of open discussions, building on the first joint Conversation last month). Having absorbed Kingsley School into the Foundation last year we are looking to explore ways in which we can encourage greater pupil interaction between Kingsley and the schools on the Myton Road campus, particularly in the Sixth Form.

My time at Warwick has gone so quickly, and I feel so privileged to be spending my last year as Head of School. If nothing else, I really want to reinforce how lucky we are and try to motivate everyone to make the most of the great opportunities on offer, as well as thinking about how we can give back to our local community even more than we already do.