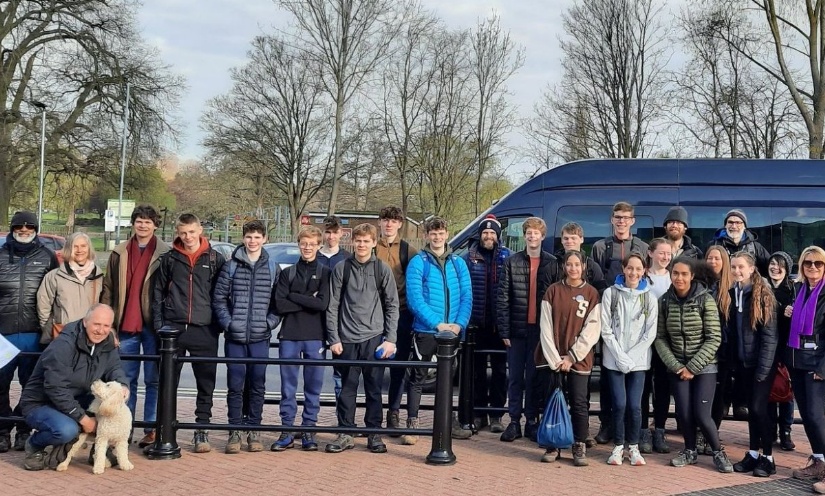 Pupils at Warwick School and King’s High have between them raised over £10,000 for two ambulances, that will be filled with vital medical supplies and delivered to Ukraine.  The idea came after a conversation James Barker, Headmaster at Warwick School, had with Andrew Velhosh, an educationalist from Ukraine, who is helping to co-ordinate medical aid to Ukraine. Pupils worked together to set up a JustGiving page, and organised a fund-raising Walk for Ukraine.

Josh, from Warwick School, says: ‘The original aim was to raise £5,000 to purchase a second-hand ambulance which would then be loaded with vital medical supplies and driven to a Ukrainian field hospital. Such has been the generosity of pupils, staff, family and friends, we have now raised at least £10,000, which means we can go ahead and purchase a second ambulance. A huge thank you to everyone who has donated so far. We want to make this a powerful testimony of solidarity with all those suffering in Ukraine.’

On Sunday, over 30 pupils and staff from both schools walked over 20 miles to raise funds. Two students from each Year Group between Years 9 and Upper Sixth were selected to represent all their fellow pupils in the Walk For Ukraine. The walk began from Warwick School, and followed Shakespeare’s Avon Way to Baddesley Clinton, then on to Kenilworth, via the Heart of England Way, before finishing back in Warwick.

There have been numerous fund-raising events across our schools in the Warwick Independent Schools Foundation in support of the humanitarian effort for Ukraine, and this is the biggest to date. Once the ambulances have been purchased, the crews will visit with the vehicles, and our pupils will track the ambulances’ progress across Europe to Ukraine.

The call for medical supplies and equipment for Ukraine continues. You can donate here via JustGiving through the link below.