It has been a fantastic start to 2022 for Rugby and Hockey with some brilliant wins and hard fought losses. Read our weekly sports report below:

Rugby has had a great start to 2022 with a junior block fixture against London based John Fisher school. We ran six 15-a-side teams at U12 and five at U13s, and it was brilliant to see over 190 boys represent the blue and whites once again. Well done to both the U12A and U13A who won against a bigger opposition. The U12B and U13B had hard fought losses but learnt a great deal. Congratulations to the U12CD and F who won narrow matches, and well done to the U13CDE who also won. Why do we travel to play these matches in Aylesbury? Well, it is to provide the Warwick players excellent challenges and enjoyable sporting experiences.

Well done also to the U15A who are preparing for their last 16 national cup match with a 27-14 win against a strong Kenilworth team. We look forward to watching them against Bromsgrove on Thursday, 20 January 2.15pm. 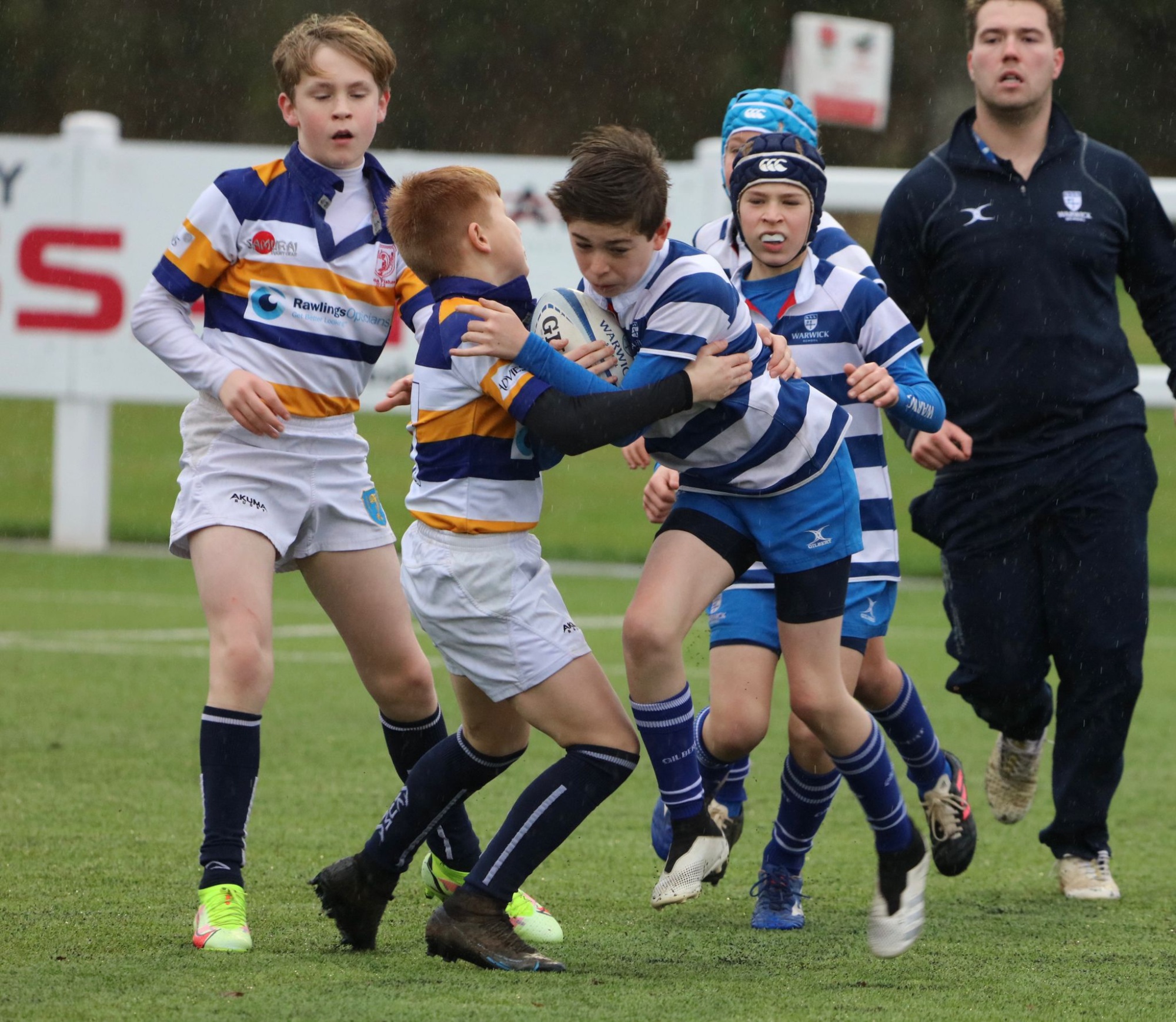 U15 boys travelled to King Edwards School, Birmingham, for the first round of the Independent Schools Hockey Cup Competition. Earlier in the season when the schools first met, the score was 1-1, so this was always going to be a close encounter. The early stages of the game were quite tense with both schools missing opportunities in front of goal and King Edwards had the better share of possession. However, after 15 minutes Charles collected the ball just outside the final quarter and drove hard into the D, eliminating several defenders before calmly pushing the ball into the left corner of the goal. Advantage Warwick! King Edwards pushed hard to get an equalizer before half-time, but the very reliable Chris was very solid in goal and produced some goal threatening saves. Half-time 1-0.

The second half started with Warwick finally gaining control of the game with some slick passing in midfield and aggressive running from the forwards. Ed, who worked incredibly hard scored a superb solo effort. Eliminating two players and then firing the ball into the King Edwards goal. This certainly settled the nerves for a few minutes! The third goal was a bit of a scrappy affair, and it was the elusive Aditya who pounced on the ball to score from a metre out. With time running out King Edwards replaced their goalkeeper with an outfield player to try and gain some territorial advantage. But their gamble did not pay off and Ed scored a very simple goal to make the score 4-0. With only minutes remaining, King Edwards pushed Warwick hard with some good interplay and were rewarded with a solitary goal, but all was in vain as Warwick ran out 4-1 winners and progress to the next round. 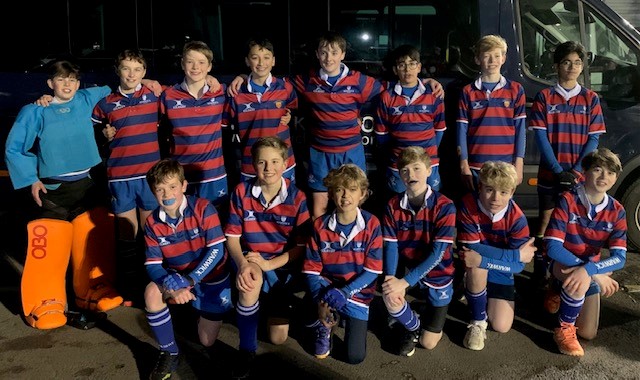 Warwick School U13s travelled to Dean Close School, Cheltenham, to participate in the Padfield Hockey Trophy. An annual Hockey tournament that attracts teams from the Midlands and the South West.

On a chilly day Warwick’s first game was against our hosts Dean Close. Warwick completely dominated the game and came close on numerous occasions with Rupert, Theo, Ranveer and Sam all having opportunities to put the game out of reach.  Warwick’s defence was solid; Ben, Will, Oil, Raphael and Thomas all contributed in keeping the Dean Close attackers at bay. However, towards the end of the game Warwick suffered a setback when Thomas, playing in goal, was temporarily suspended for an illegal kick outside the D. This resulted in a penalty corner being rewarded which Dean Close converted. Final score 0-1.

In our second game against Millfield Prep School, Warwick School yet again dominated play and the midfield combination of Oscar, JJ and Ed worked tirelessly, providing the energetic forwards numerous scoring opportunities, but they were just lacking the quality in front of goal. Tom was outstanding in goal, pulling numerous close-range saves. With the game at 0-0 going into the final minutes Warwick pushed hard for that elusive goal. However, they were unfortunately caught on the counter-attack and Millfield scored from open play and scored a last-minute penalty corner. Final score 2-0.

Onto the third game against Bromsgrove. The boys had an hour off and felt refreshed. Again, the boys started brightly with Oscar dominating midfield and causing the Bromsgrove players numerous problems. Oscar linked up with Theo, Ranveer and Rupert who all led the forward line well, causing all sorts of problems, but that all important goal was proving difficult to find. The defence was rock solid and, with Sam playing in defence and occasionally in midfield, proved difficult to beat with excellent tackling. JJ had the best opportunity to score; beating numerous players he entered the D and fired a back handed shot which looked certain to crash into the back of the net. However, the Bromsgrove goalkeeper pulled of an excellent athletic save to ensure the game remained 0-0 at full time.

The final game against Clifton College was an absolute thriller, full of drama and excellent skill and work rate. You could sense the Warwick boys had upped their game. Oscar was bamboozling the Clifton midfield with superb control and displaying excellent elimination skills. Oli, with his energetic running, close control and precision passing ensured Warwick were always on the front foot. With five minutes remaining Ed linked with Ranveer who slotted home the only goal of the game. With time running out, Clifton pushed Warwick’s defence hard, but Ben and Will displayed calmness and maturity beyond their years in thwarting Clifton’s attack. Final score 1-0.

What an excellent afternoon of Hockey and I’m sure the boys have benefited hugely from the experience! Special mention must go to Oscar who was awarded Player of the Tournament and received a brand-new Mercian Hockey Stick for his performance. Well done Oscar!!