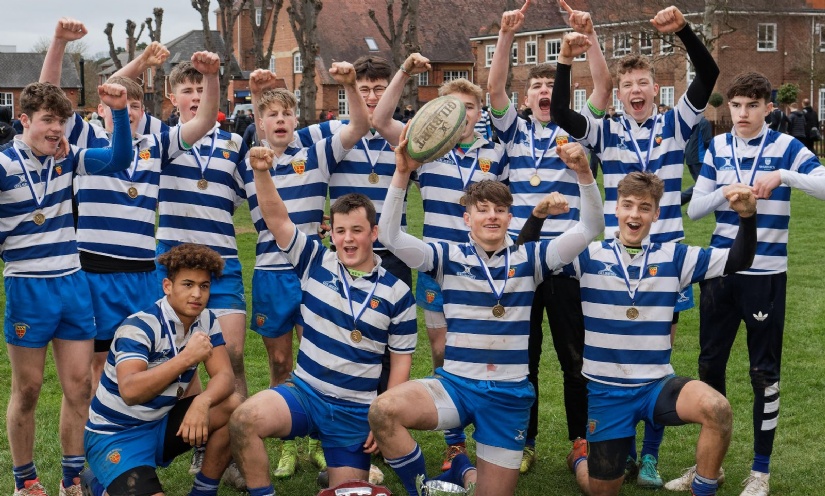 Rugby talent came from far and wide across the country, with 60 schools competing in more than 190 matches.

Unlike last year, which was an absolute quagmire, the conditions were dry and sunny and it proved to be a fantastic day of rugby. On the pitch there were some brilliant performances with cup wins from Warwick (U16s), Millfield (U15s) and Sedbergh (U14s). 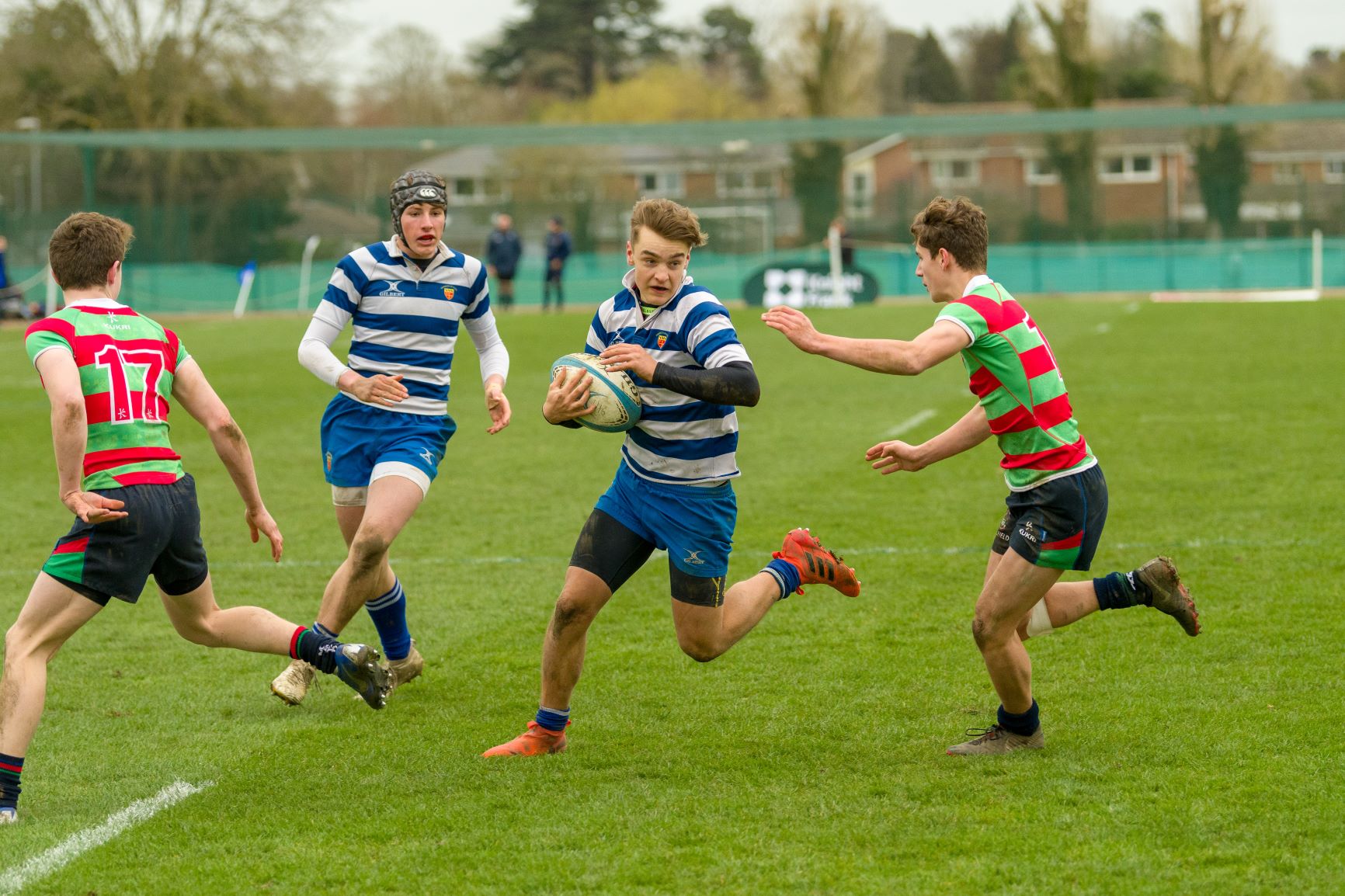 Warwick School won the Freeborn Shield for the best performing school across all age groups, which was very fitting in the 50th anniversary year. Warwick performed well across the age groups with a cup win for the U16s and U15s losing in the quarter-final match to eventual winners Millfield. The U14s lost in the final of their plate competition to Hampton 21-19 which was a tight, competitive match. The U13s won all their matches in the waterfall tournament winning the trophy, and the U12s had a tough start to their seven’s season but won 2 out of 6 matches.

The Head Master and Nick David (Old Warwickian, Worcester Warriors and England U18) presented the trophies to the respective age group winners: