A Career in Aviation 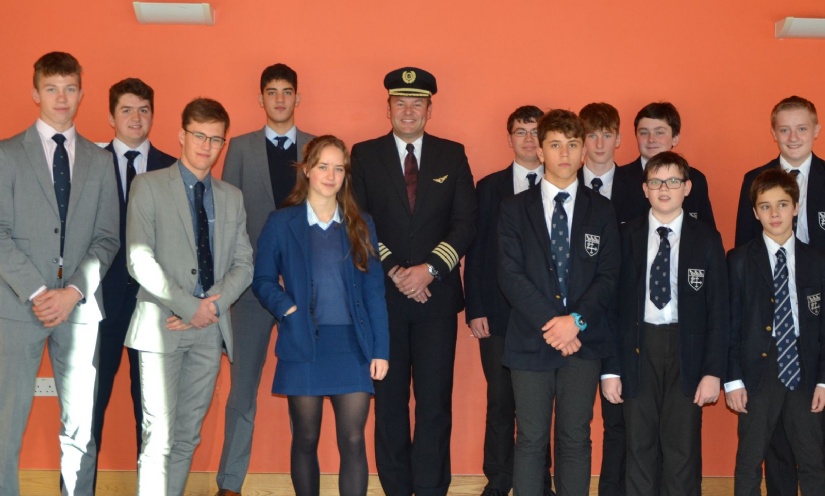 Year 9 and above were treated to an inspirational talk from Virgin Atlantic Captain, Matt Ball

He has been a pilot with Virgin Atlantic for 13 years and a Captain for 2 years and has worked for other airlines previously to this.

He spoke about the history of Sir Richard Branson and the birth of Virgin airlines and the passion for creating a ‘family’ that professionals aspire to work for.

Various aircraft were mentioned; the Airbus A330-300, A340-600, the Boeing 787 Dreamliner, the Airbus A330-900, 747, A350-1000 some of which are being retired and have been replaced by more efficient, upgraded models.
Virgin secured cleanest, youngest fleet which is contributing to the environmental responsibility and reaffirming its commitment to flying the cleanest, greenest fleet in the sky.

There was a Q&A session and amongst some fantastic questions from the students, Matt was asked the journey he had taken to become a Captain at Virgin Atlantic. He concluded with a final comment that he has an absolute love for his job, his customers and a continual burning, driving passion for flying. He offered options that the students could pursue but the main point was if you have the passion and the drive you will succeed!