Year 9 Classicists have been learning about Ancient Greek Architecture this term. 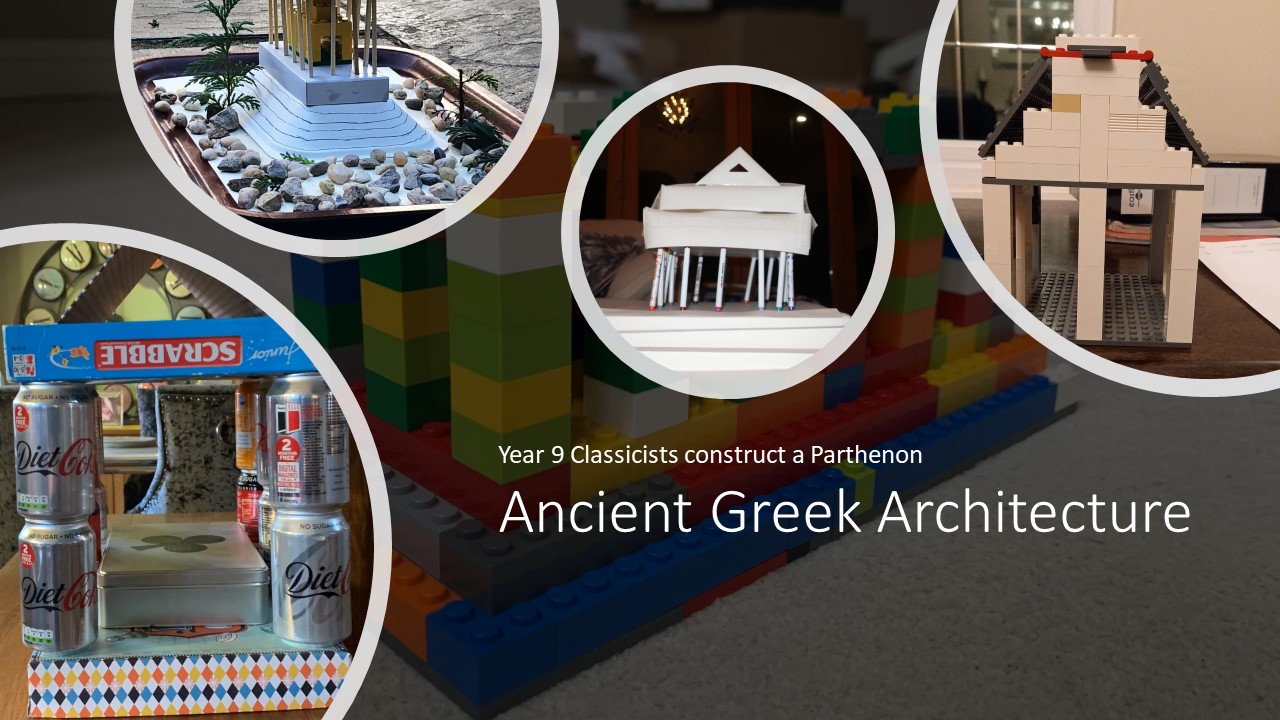 Year 9 Classicists at Warwick School have been learning about Ancient Greek Architecture this term. They have looked at buildings, like the Leamington Pump Rooms, whose design can be traced back through history to the days of Ancient Greece, over 2000 years ago. The Greeks were expert builders and they designed and produced structures of outstanding beauty and form. The style of building most favoured is as distinctive as the land of Greece itself and has survived the test of time – a sloping roof supported on all sides by columns, and usually rectangular in shape. The most remarkable of these buildings were those erected in honour of the gods. Perhaps the most beautiful of all Greek buildings is the Parthenon which was constructed in honour of Athena, the patron goddess of the city.

For homework the boys were asked to construct a Parthenon out of household objects.