On Friday 28 May Warwick School's U13 and U18 Rugby teams started and finished their disrupted season in style. The U18A team have missed all their final Rugby season for the school, and so the occasion proved to be an emotional one. It was great to welcome the parents back on site for the first time in 16 months too. 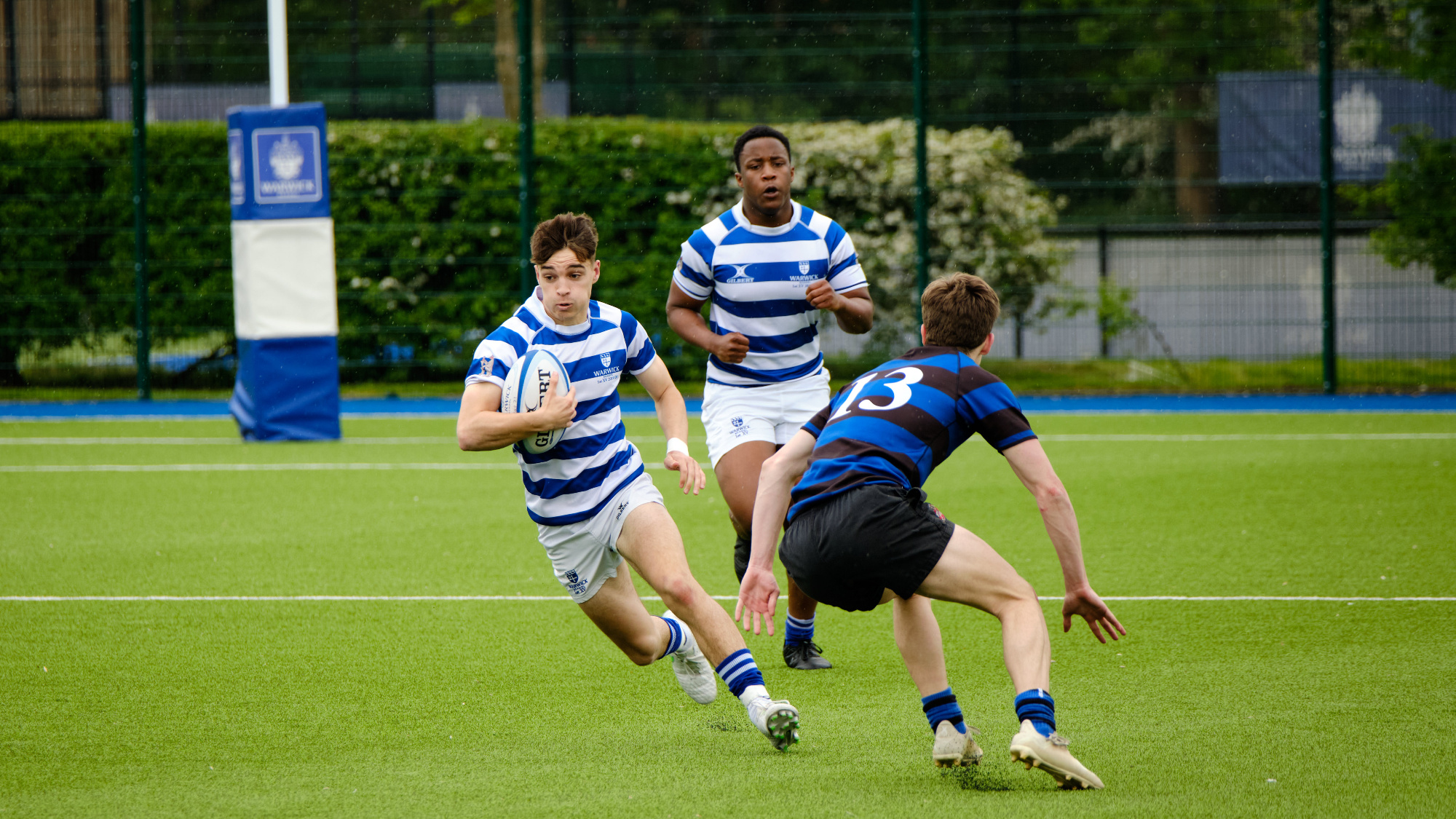 Warwick U18A defeated Dulwich 26-12 in a fantastic game with outstanding tries from Will Callan, Peter Dobson, Elliot Tanner and Will Mobberley. It was a great match between two very strong Rugby schools, and was a fitting end to the U18s seven years of Warwick Rugby.

The U13s squad of around 30 players played later that evening in some fixtures v Old Sils Rugby Club. It was exciting as about 7 members of the Old Sils squad also played for Warwick School! Some brilliant rugby was played by Warwick and the matches were very competitive indeed. Top performances of the night went to Tolly Patrick, Seb Morris, Charlie Beard, Jamie Henchley, Ned Stevens and Hector Magraw.