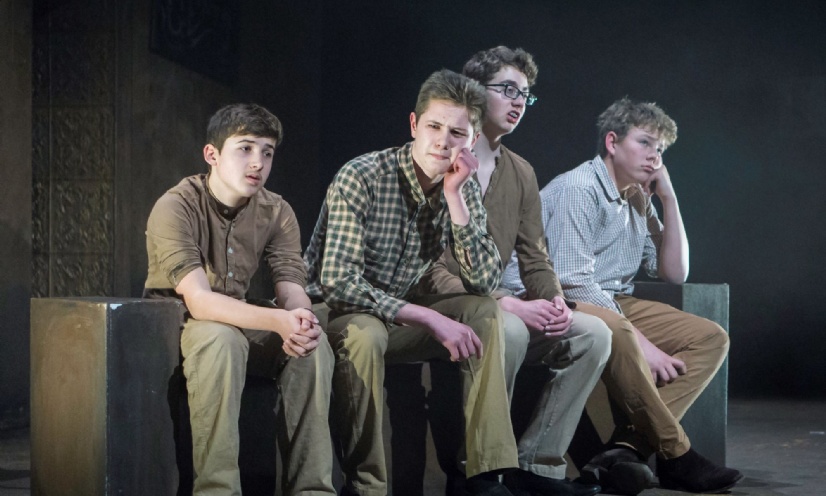 OW and Guardian Theatre critic Michael Billington considers ‘The Visit’ one of the 101 greatest plays ever written, and whilst set shortly after the Second World War  this morality play feels even more relevant today. 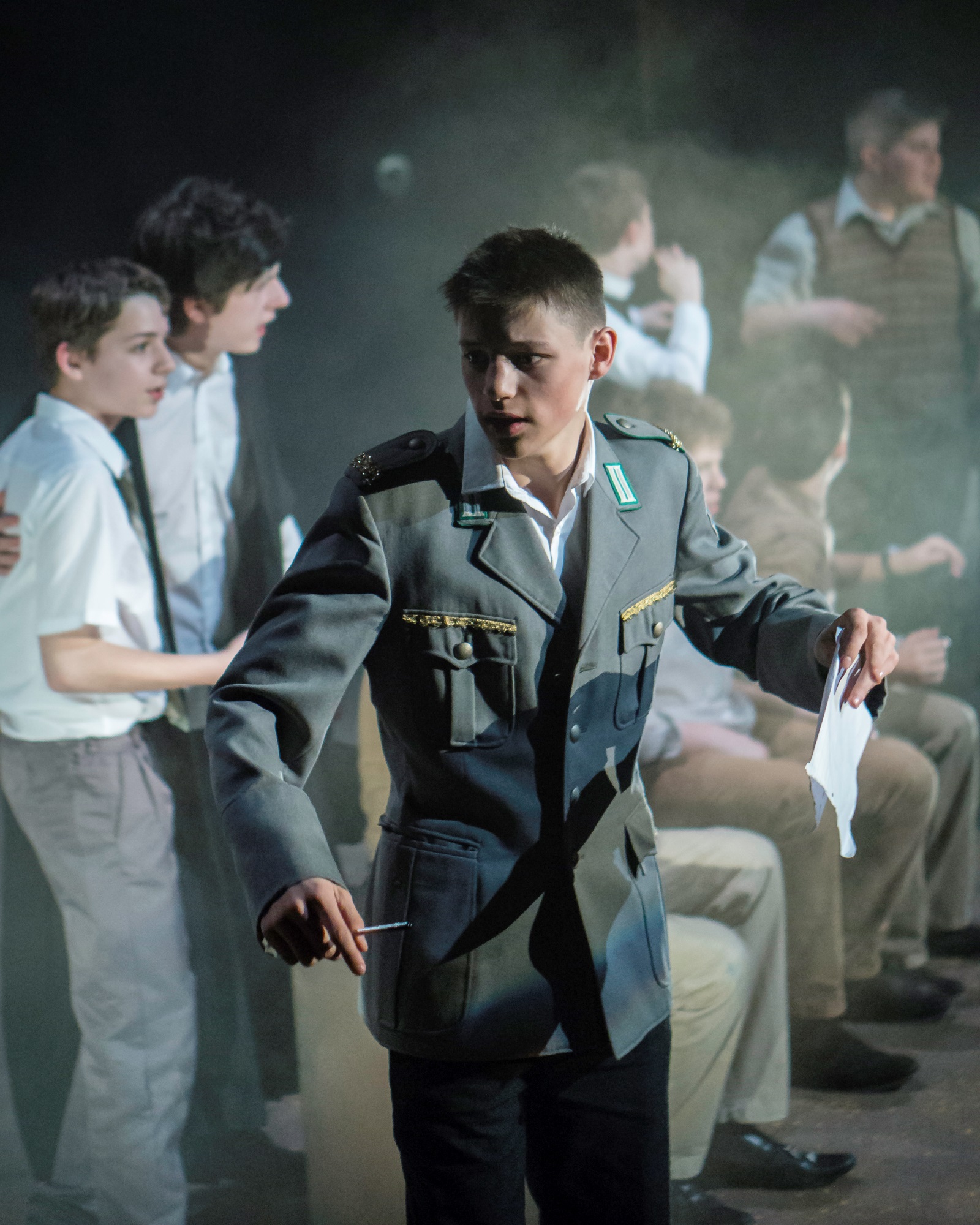 Performed by Warwick and King’s High year 9 and 10 students, the cast rose superbly to the challenge of performing to an entirely school audience bringing the biting satire of small-town life perceptively to life. Judy Reaves’ designed a crumbling Guellen ( a fictional European town), beautifully lit by Ian Roberts awaiting the arrival of a wealthy former resident who offers the town everything they need to drag themselves from the gutter but at a price – they must murder the man who wronged her years before. Led by the superb Harvey Dowsett as the ill-fated and aptly named Alfred Ill we witness a community buying more and more on credit anticipating getting the money and in doing so sealing his ultimate doom. Maya Evans brought the cold-hearted but justifiably revengeful Claire Zachanassian brilliantly to life with her frightening entourage led by Kieran Brooker as her butler and her bizarre blind companions Koby and Loby (George Eames Matthews and Thomas Walter). The

weak resilience of the townspeople was typified by Tom Bell’s Mayor whose comic superficiality was wonderfully cringeworthy as he struggled to impress the wealthy visitor with platitudes. Sam Barnes' comically bombastic policeman offered little relief for the worried target as he revealed the money he was spending in anticipation of the inevitable death of Ill. Ben Pollock played the spiritually confused Priest with a maniacal fervour and Laurie Gartshore’s hilarious teacher who nearly leaks the truth to the press both provided powerful examples from a community slowly becoming corrupted by the money on offer.

This was a sophisticated and superbly realised production with a strong ensemble from both schools. Warwick and King’s continue to tackle important and ambitious plays that both entertain and ask us all important questions about our own capacity to let money corrupt us.